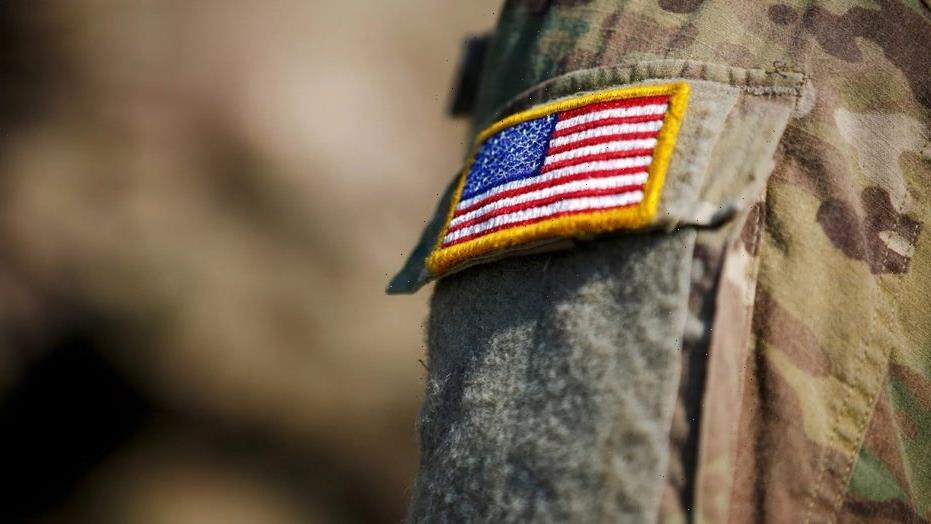 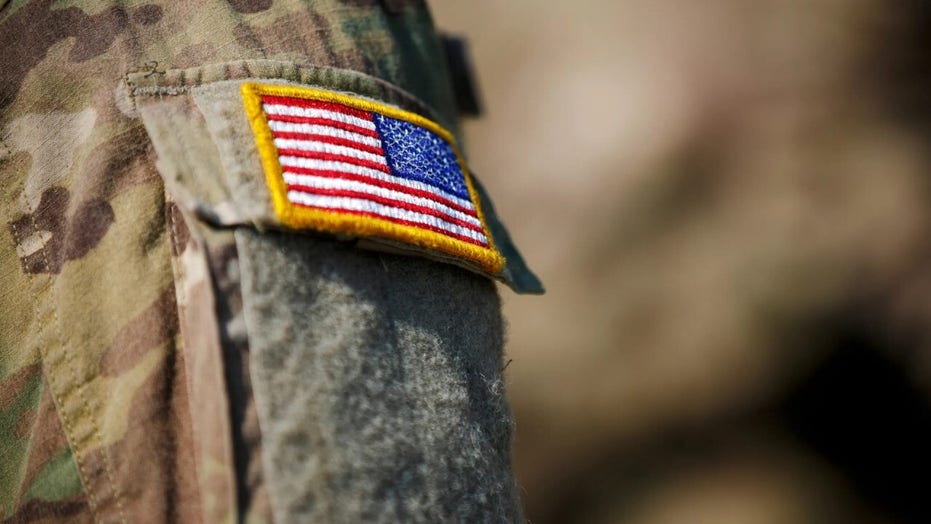 Troop withdrawal ahead of August 31 deadline

A former translator for the U.S. military in Afghanistan who recently became a U.S. citizen is desperately trying to get his parents out of Kabul on special immigration visas after he successfully evacuated the country in recent days.

President Biden touted the administration’s ramped-up evacuation efforts on Tuesday, saying 33,600 people had been flown out in the last 36 hours.

Every American in Afghanistan should be able to get out by the deadline on Aug. 31, Pentagon spokesman John Kirby said this week, but he was less clear about what will happen to the unknown number of Afghans who aided America over the last 20 years and have been trying to flee the country in recent weeks.

The U.S. citizen who spoke to Fox News said he tried to make his way into the airport multiple times last week, but the “thousands” of people crowded outside of the gates made it “impossible.”

“One time, I got myself to the gate, but I was bleeding and had bruises all over my body at that time because I had to pass through all those people, pushing and pushing,” the citizen, who Fox News is keeping anonymous for the safety of him and his family, said Tuesday.

“They saw my passport in my hand, and they’re telling me, ‘Just wait.’ I don’t have time to wait. People are pushing from behind and these guys are hitting me. How am I going to wait?” 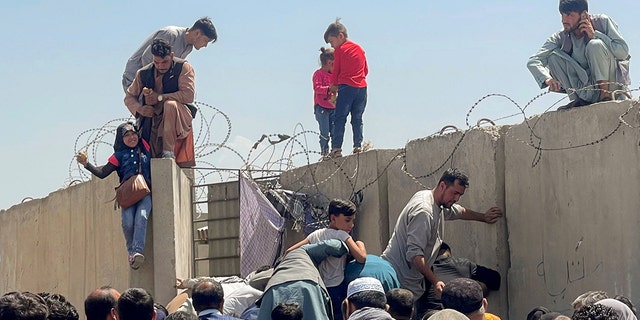 A man pulls a girl to get inside Hamid Karzai International Airport in Kabul, Afghanistan, on Aug. 16, 2021. (REUTERS/Stringer)

At least seven Afghans died Sunday outside of the airport as a panicked throng of people tried to get through the gates and Taliban fighters fired into the air to try to disperse the crowd.

The desperation has been on display since Aug. 16, a day after the Taliban entered the capital, as thousands of Afghans filed onto the tarmac and several Afghans plunged to their deaths after clinging onto a U.S. Air Force plane as it took off.

Eventually, the U.S. citizen told Fox News he was able to evacuate with his immediate family by circumventing the crowds at the front gates, but now he is worried about how to get his parents out of the country. 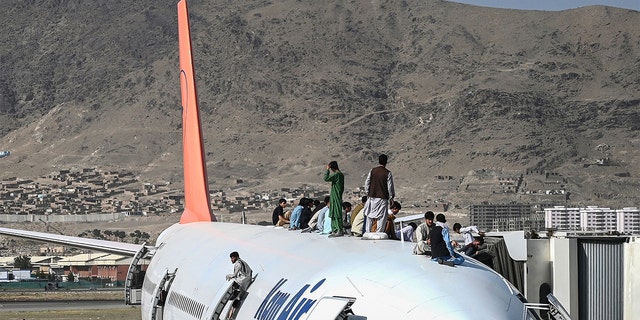 Afghan people climb atop a plane as they wait at the Kabul airport in Kabul on Aug. 16, 2021, after a stunningly swift end to Afghanistan’s 20-year war.
(WAKIL KOHSAR/AFP via Getty Images)

He said his parents have paperwork for special immigration visas ready to go, but “there’s no embassy that exists anymore to review them.”

The U.S. embassy relocated to the military side of the airport and has instructed even American citizens not to try to make the journey unless they’ve been told to do so.

There have already been reports of Taliban fighters taking revenge on former enemies despite the group’s promise of amnesty to Afghans who worked with the U.S., other western nations and the collapsed Afghan government.

“That’s my biggest concern,” the U.S. citizen told Fox News. “After America leaves, I have no idea what’s going to happen.”