Home » World News » Andrew Brown Jr. , Who Died in Hail of Police Gunfire, Had His Hands On The Wheel During Encounter 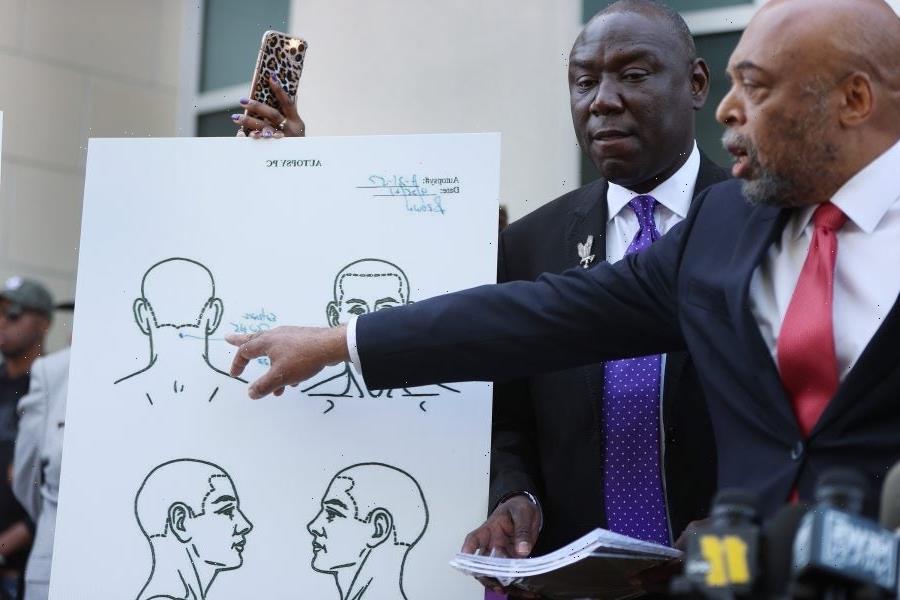 Andrew Brown Jr. , Who Died in Hail of Police Gunfire, Had His Hands On The Wheel During Encounter

The family of Andrew Brown Jr. is still waiting for the full bodycam video to be released of the events that resulted in the shooting death of the 42-year-old Black man.

During a press conference on Monday, April 26, the North Carolina family revealed that they were shown just 20-seconds of body-camera video. In the footage, Andrew Brown Jr.’s hands are on the steering wheel of his car before he was killed. In the timeframe shown on that video, Brown’s loved ones said it was clear he wasn’t a threat to law enforcement and shouldn’t have been gunned down. “My dad got executed just trying to save his own life,” son Khalil Ferebee told reporters outside the Pasquotank County Sheriff’s Office. “It ain’t right. It ain’t right at all.”

The Brown family attorney Chantel Cherry-Lassiter said specifically that the video showed Andrew Brown Jr. in his vehicle as it was blocked in the driveway in Elizabeth City by law enforcement, making any escape impossible.

While being told by attorney Harry Daniels that Andrew Brown Jr. was shot in the back of the head, the family also conceded that the father was attempting to drive away — but added that he was fired upon before he tried to escape. Shell casings were flying in the video before his vehicle moved, Cherry-Lassiter said. “His car was riddled with bullets, shooting him when he was not threatening them in any form or fashion,” she continued. “There were shell casings before he even backed out. So they were shooting at him there with his hands on the steering wheel.”

Tommy S. Wooten, a sheriff in Pasquotank County, said later Monday in a video statement that characterized the incident as “quick” and mentioned that outside investigators are speaking to witnesses and gathering more information. “This tragic incident was quick and over in less than 30 seconds, and body cameras are shaky and sometimes hard to decipher,” Wooten said. “They only tell part of the story.”

Attorneys for the family have mentioned the police have already redacted portions of the video and transcripts, plus delayed the Brown family from viewing the full events that transpired. This comes especially in light of a search warrant affidavit detailing allegations against him and justifying why deputies even sought to arrest the victim.

“They released a warrant saying all kinds of things about Andrew Brown, but they want to redact the faces of the police officers that killed Andrew Brown?” asked Benjamin Crump, another attorney representing the family.