Home » World News » Andrew Yang on rapport with Gov. Cuomo: ‘I worked with his brother at CNN’ 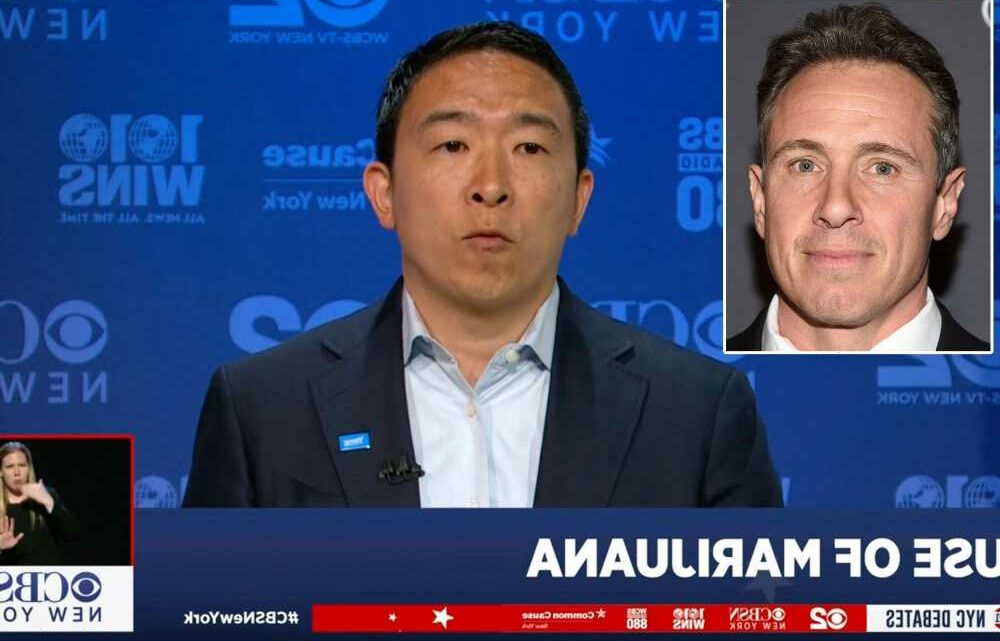 Andrew Yang on rapport with Gov. Cuomo: ‘I worked with his brother at CNN’

Mayor hopeful Eric Adams affirms, ‘I live in Brooklyn,’ as foes pile on in debate

Eric Adams deserves your vote now more than ever

Yang touted his friendship with the under-fire anchor during the Democratic primary debate on CBS 2 New York, when the candidates were asked how they would get along with Gov. Andrew Cuomo.

“I’ve had a number of calls with Gov. Cuomo,” Yang responded. “I worked with his brother at CNN.”

The Cuomo brothers have recently come under fire after it was revealed that Chris advised his older brother on how to respond to the sexual harassment allegations he faces.

CNN acknowledged that the top anchor had joined a series of strategy sessions to help the governor, saying his involvement was “a mistake” and would not happen again.

The “Cuomo Prime Time” host also admitted that advising his brother was a mistake and apologized for putting his colleagues “in a bad spot.”

Yang, a tech entrepreneur and failed 2020 presidential candidate, stressed that the relationship with the governor was important, and vowed to avoid “scoring cheap political points,” if he becomes mayor.

But Comptroller Scott Stringer jumped on Yang’s answer, telling him “your approach is naive. This is not how Albany works.”

“The forces around the state do not want us to get the funding that we deserve. It’s not enough to say were all going to be friends, kumbaya,” Stringer snipped.

Stringer also took a hit at Mayor Bill de Blasio, accusing him of “mishandling” the relationship with Cuomo, who has been accused of fostering a culture of bullying and intimidation in his administration.

“Mayor de Blasio played checkers with Andrew Cuomo when he should have been playing chess,” Stringer said. “Nobody in Albany, when I’m mayor, is going to steal my lunch money.”

Yang retorted: “The state needs the city, the city needs the state, the two go hand in hand.”

“It’s easier to work with someone who isn’t trying to score political points, who just wants to get the job done,” he continued. “That’s the kind of leadership that the city has been waiting for for quite some time.”

'Keeping Up With the Kardashians' Series Finale: How They Said Goodbye
Recent Posts