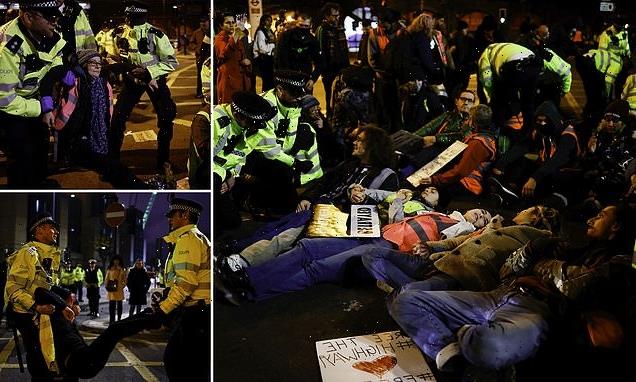 Another 124 eco-zealots face jail after London bridges were blocked

A total of 124 Insulate Britain protesters were arrested over the blocking of two London bridges at the weekend, police have said.

The Metropolitan Police said on Monday that 30 people were held at Lambeth Bridge and another 94 at Vauxhall Cross near Vauxhall Bridge when the roads were blocked by demonstrators on Saturday.

The eco-zealots marched throughout the city on Saturday afternoon, blocking roads and causing chaos for thousands of commuters in the capital while chanting: ‘What do we want? Climate justice. When do we want it? Now.’ 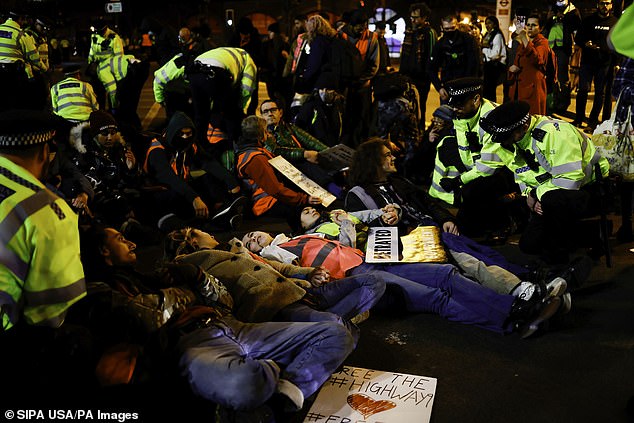 A total of 124 Insulate Britain protesters were arrested over the blocking of two London bridges on Satuday (picture), the Met police have said, after the stunt caused traffic chaos 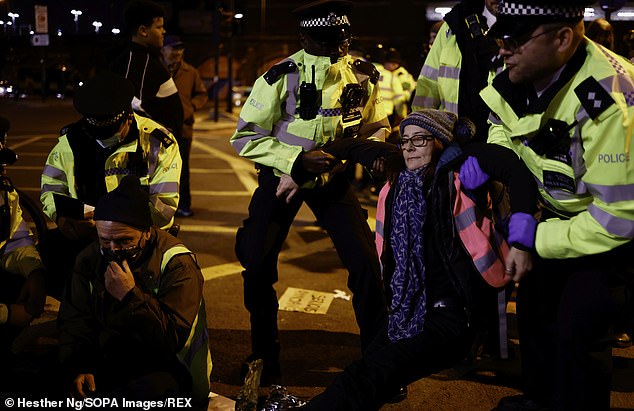 Pictures showed members of the activists sitting on the A3203 on Lambeth Bridge with signs reading ‘Betrayed by my government’ at around 2pm on Saturday, after warning earlier this week that the group would be returning to direct action at the Royal Courts of Justice in protest at the jailing of their road-blocking comrades.

A handful of protestors were pictured being forcibly dragged away by police officers, but the hated eco-group were able to keep one of London’s major bridges closed for more than four and a half hours, resulting in further travel trouble for thousands of frustrated road-users.

It was the latest stunt by the group which has provoked anger among motorists with a series of antics blocking motorways in recent months.

But it has insisted that its protests will continue ‘until the Government issues a meaningful statement to get on with the job of insulating Britain’s leaky homes’. 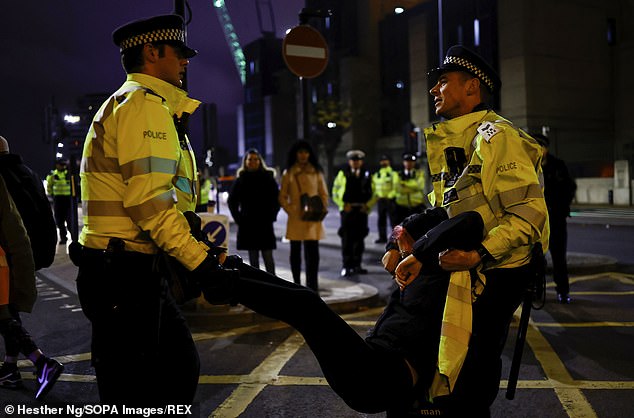 Despite injunctions in place, the eco group has insisted its protests will continue ‘until the Government issues a statement to get on with the job of insulating Britain’s leaky homes’ 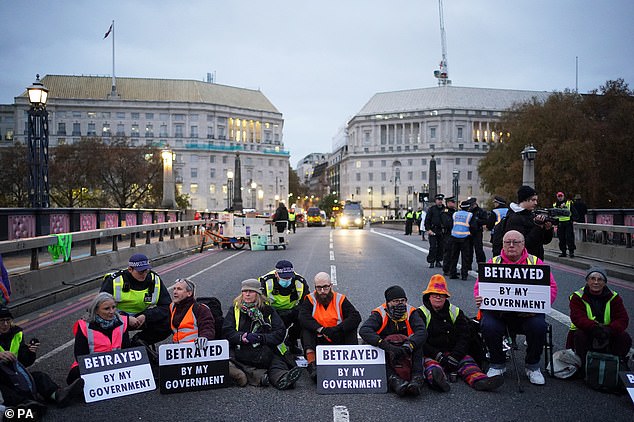 Pictured: Supporters of the nine jailed Insulate Britain climate activists take part in a protest on Lambeth Bridge in central London on Saturday afternoon forcing police to close the bridge 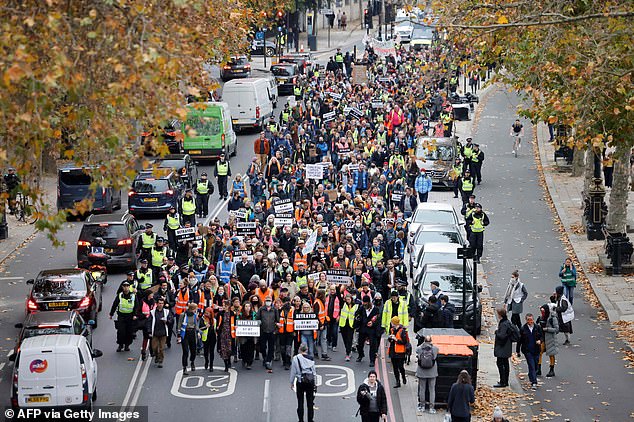 The High Court has so far issued five injunctions to prevent protesters from blocking roads.

They include four injunctions granted to National Highways, banning demonstrations on the M25, around the Port of Dover and on major roads around London, and one to Transport for London (TfL).

TfL was granted a civil banning order aimed at preventing protesters from obstructing traffic on some of the capital’s busiest roads.

Those who breach the injunctions could be found in contempt of court and face a maximum penalty of two years in prison or an unlimited fine.

Nine Insulate Britain activists have already been jailed after admitting taking part in a blockade at junction 25 of the M25 during the morning rush hour on October 8.

Further legal action is expected to be taken against protesters involved in similar demonstrations on October 27. 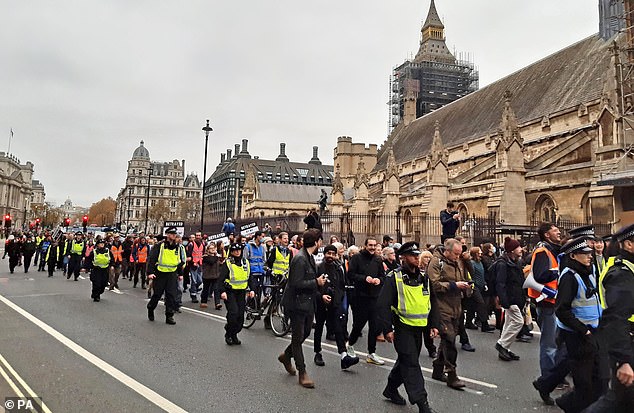 Following the disruption on Saturday, the Metropolitan Police finally announced at 5pm that they had barred protestors from Lambeth Bridge under the terms of the Public Order Act, while urging those in attendance to ‘leave the bridge’ on Twitter.

At 7.03pm, the force tweeted the bridge had reopened, more than five hours after the first protest.

They added: ‘Lambeth Bridge remains shut as does Vauxhall Bridge southbound and some of Vauxhall Cross. We are working to get the roads re-opened ASAP.’

Insulate Britain began a wave of protests in September and has blocked the M25, roads in London including around Parliament, and across Birmingham, Manchester, and the Port of Dover in Kent.