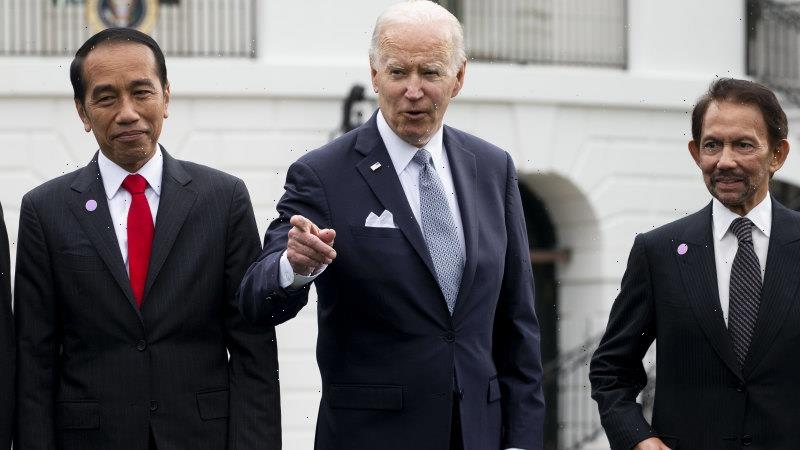 Washington: US President Joe Biden has used the first-ever ASEAN summit held in Washington to urge the region’s leaders to take a stronger stance on Russia’s invasion of Ukraine.

While declaring the beginning of “a new era” of relations for the Association of Southeast Asian Nations meeting, Biden reiterated his view that Russian President Vladimir Putin should be disinvited from the upcoming Group of 20 Summit to be held in Bali in November. 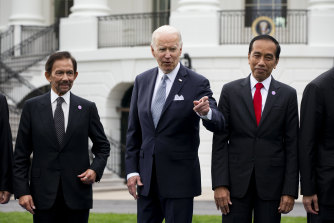 The diplomatic nudging came after Indonesian President Joko Widodo, who is currently the G20 president, had resisted America’s calls to bar Russia from the summit in Bali.

It also comes after most ASEAN members, some of whom rely on Russia for military equipment, have avoided staunchly condemning Putin over the Ukraine conflict.

Speaking on her last day as White House press secretary, Biden’s spokeswoman Jen Psaki said while “Ukraine and Russia would not typically be a major topic of discussion at ASEAN” the conflict was a key feature of the two-day summit. 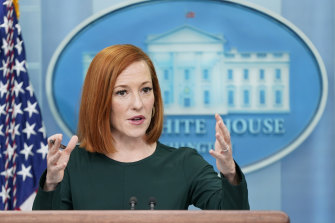 Behind closed doors, Biden would reiterate his position that it “should not be business as usual at the G20”, she said, and that “he believes that President Putin should not be a part of that.”

The president did not mention Russia publicly during his brief remarks ahead of a private meeting with the leaders on Friday, nor did he highlight the long-term challenge of China in the Indo-Pacific.

However, in a joint “vision statement” released after the summit, all leaders said in reference to Ukraine that they reaffirm “respect for sovereignty, political independence, and territorial integrity.”

The summit – which marked the first time that ASEAN leaders gathered as a group in Washington – was designed to assert the administration’s commitment to the region despite the ongoing focus on Ukraine.

Myanmar was banned from attending due to the junta’s bloody 2021 coup, while outgoing Philippines President Rodrigo Duterte sent his Foreign Affairs Secretary to represent his government.

The joint statement said members remained “deeply concerned over the crisis in Myanmar” as they vowed to “redouble our collective efforts towards a peaceful solution” there.

Almost $US150 million ($218 million) in new initiatives for the region was announced, ranging from clean energy infrastructure and education partnerships to conservation programs and global health.

About $US60 million of that will be committed to ramp up America’s maritime presence in the Indo-Pacific in the face of China’s rise, with the US sending its national coast guard across the ocean to tackle illegal fishing, conduct training missions and take part in joint maritime security operations.

China has a vast fishing fleet in the Pacific which has been known to violate exclusive economic zones and cause environmental damage and losses for some countries.

“We’re not only celebrating 45 years of partnership and friendship between ASEAN in the United States. We’re launching a new era – a new era – of Southeast Asian relations,” Biden said as he addressed the meeting on Friday.

“A great deal of history of our world in the next 50 years is going to be written in the ASEAN countries, and our relationship with you is the future, in the coming years and decades.”

Earlier, Vice President Kamala Harris told ASEAN leaders the US would remain in the region for generations “and together we will guard against threats to international rules and norms”.

The comments came after the recent strategic pact between China and the Solomon Islands, which some fear could result in Beijing establishing a military foothold in the Pacific nation less than 2000 kilometres off Australia’s east coast.

Biden also announced on Friday that he would nominate one of his top national security aides, Yohannes Abraham, as ambassador to ASEAN.