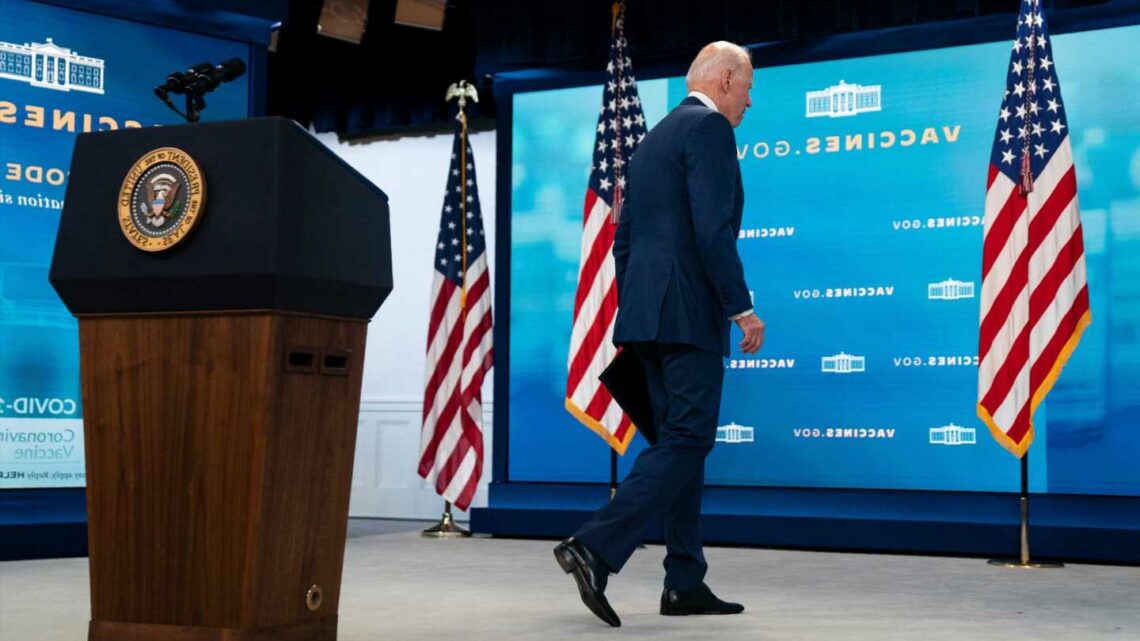 JOE Biden has again ignored questions about the Afghanistan crisis after his aide says he "never shies away" from reporters.

The president was seen turning his back on a room full of journalists as he ended a Covid-19 press conference on Monday afternoon. 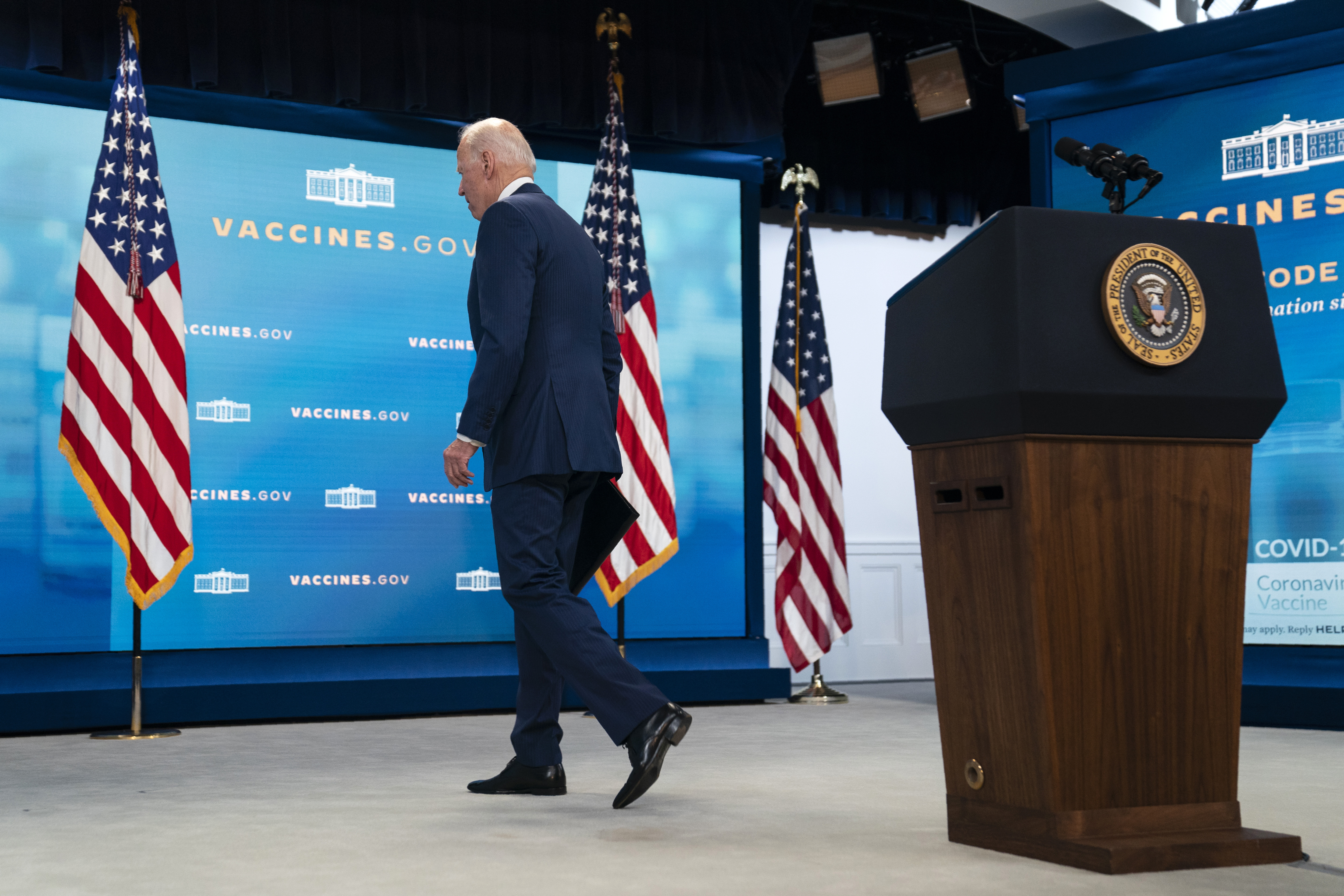 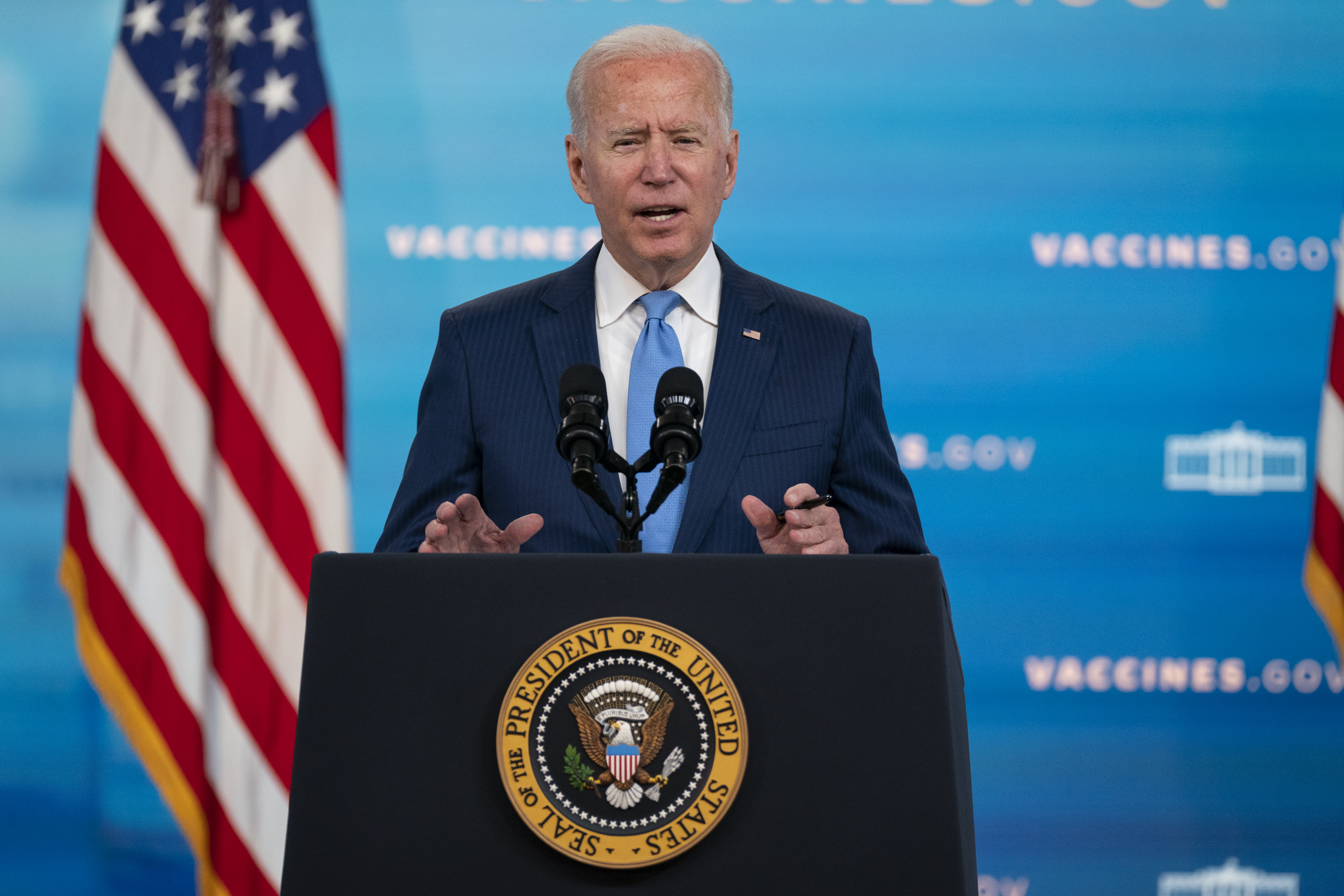 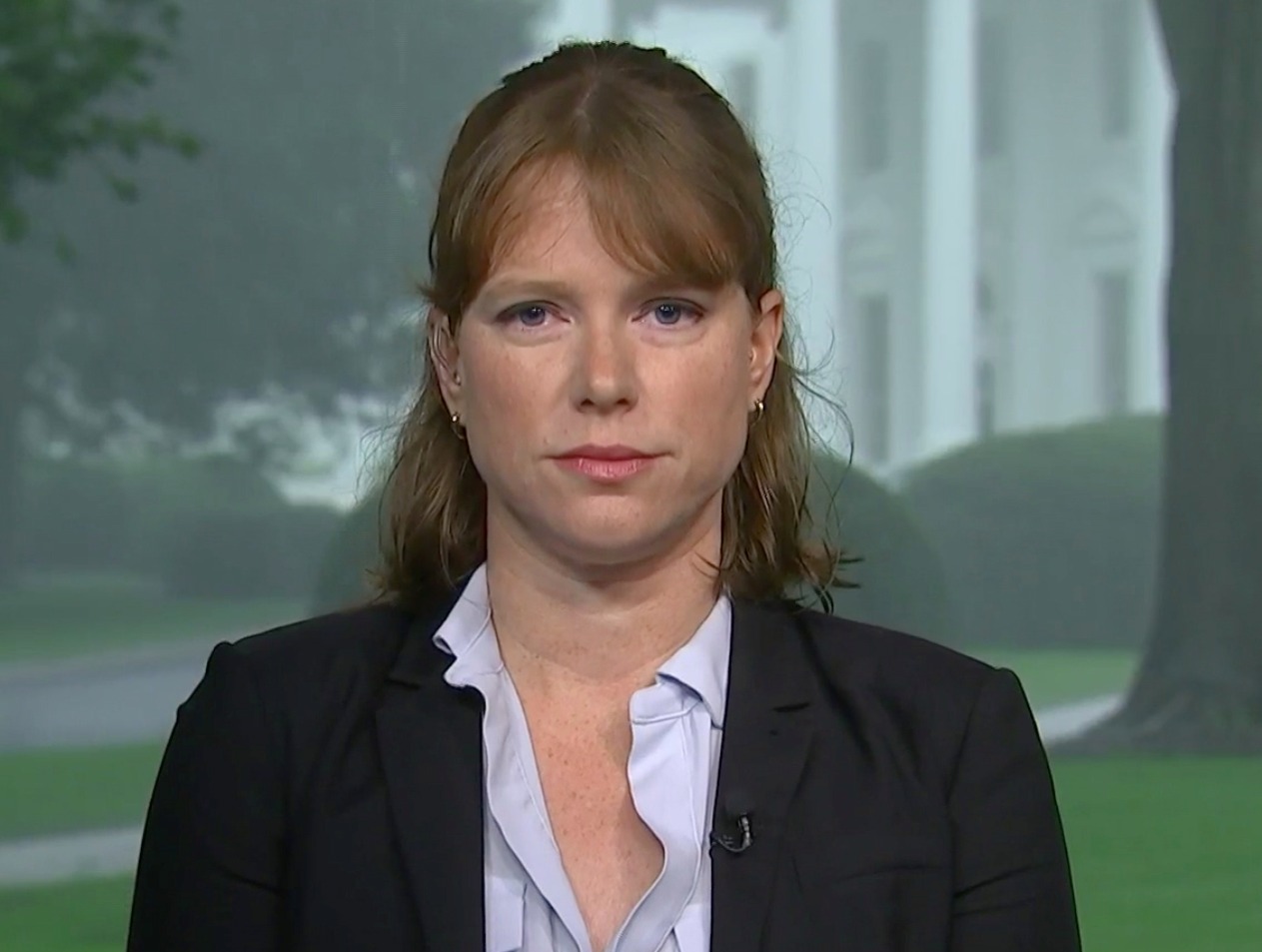 As Biden left, reporters could be heard yelling at him about the devastating crisis that is underway in the Middle East.

It comes just days after the White House communications director was mocked for saying Joe Biden "never shies away from questions," despite him dodging reporters.

Kate Bedingfield made the comments during an MSNBC interview regarding the president's handling of the situation in Afghanistan.

Asked about whether or not Biden will take questions following this afternoon's press conference, Bedingfield said: "The president never shies away from taking questions.

"I'll let him make a decision if he's going to take questions this afternoon," she said, adding he is "always willing" to answer.

However, just two days before Bedingfield's comments, the president was seen ignoring reporter's questions as he concluded a press conference.

"Thank you," Biden said, shutting his notebook as he exits the building to heckles from reporters.

Bedingfield has been mocked for her comments, as eagle-eyed Americans pointed out Biden's previous avoidance.

"Omg he literally turns his back and walks away!!!" one Twitter user wrote.

"Kate being able to say that with a straight face is actually impressive," another quipped.

"By refusing to take them???" one asked, while someone else posted a meme saying "so that was a f**king lie."

The communications director tried to explain that Biden had already discussed this topic this week.

"As you saw, he just did a full sit-down interview on this just yesterday," Bedingfield concluded, referencing the president's car crash interview with ABC's George Stephanopoulos which was aired yesterday.

'NO ONE IS BEING KILLED'

Biden sparked fury by saying "no one is being killed" in the chaos around Kabul airport in the bombshell interview – despite the deaths of Afghan stowaways and even a young girl in a horror stampede.

It came just a day after Afghan health officials said one person was killed and six were wounded when the Taliban violently dispersed a protest as multiple others died trying to flee the country.

"No one's being killed right now — we got 1,200 out yesterday, a couple thousand today. And it’s increasing. We’re gonna get those people out," Biden said as he knocked on wood next to him.

Days before his interview, a 14-year-old girl was trampled to death in a stampede at Kabul airport when she tried to reach an evacuated flight, the Mail Online reported.

She is understood to be the youngest of the 12 victims who have died in and around the airport since Sunday, according to insurgent and NATO officials.

During the interview, Biden said that they are going to try and withdraw US citizens from Afghanistan before their pinned deadline of August 31.

"If we don't, we'll determine at the time who's left and if there's American citizens, we're gonna stay and get them all out," he added.

Last month, the president said the US' military mission in the war-torn country would've ended by that date.

'Dance Moms': Cheryl Burke 'Puts Us in Our Our Place' 1 Mom Revealed