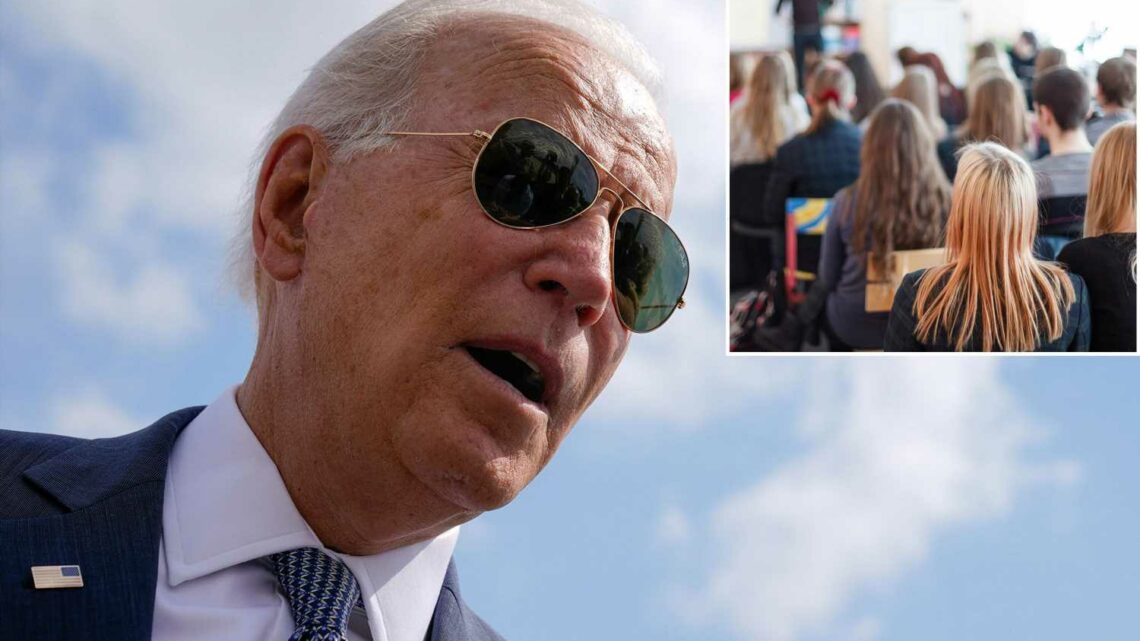 The last thing kids need is cameras in their classrooms

The week in whoppers: The teachers union’s CRT flip, Tlaib’s anarchy and more

President Biden believes America’s schoolkids need to learn “not just the good, but also the challenging in our history,” White House press secretary Jen Psaki said Friday in response to a question about the movement to teach critical race theory in K-12 schools.

“So, as the spouse of an educator, and as somebody who continues to believe that children should learn not just the good, but also the challenging in our history,” she added, “and that’s part of what we’re talking about here even as it’s become politically charged.”

Attempts to install critical race theory on elementary and secondary school curriculums have inflamed tension across the country, with teachers’ unions on one side and parents on the other.

Critical race theory argues that racism, specifically white supremacy, is at the root of America’s founding, its institutions and its public policies. Critics say teaching the theory to young children wrongly encourages them to view each other through a racial lens.

The National Educators Association (NEA), which boasts 2.3 million members — including first lady Jill Biden — recently passed a resolution at its annual convention to “fight back against anti-CRT [critical race theory] rhetoric”. The union described the teaching of critical race theory as “reasonable and appropriate” and vowed to publicize “an already-created, in-depth study that critiques white supremacy, anti-Blackness, anti-Indigeneity, racism, patriarchy … capitalism … and other forms of power and oppression.”

Another resolution that passed promised to “research the organizations attacking educators doing anti-racist work and/or use the research already done and put together a list of resources and recommendations for state affiliates, locals, and individual educators to utilize when they are attacked.”

Those agenda items were later deleted from the NEA’s website.

AFT President Randi Weingarten also claimed Wednesday that critical race theory was not being taught in American schools before vowing to defend any educator who does teach it.

“Let’s be clear: Critical race theory is not taught in elementary schools or high schools. It’s a method of examination taught in law school and college that helps analyze whether systemic racism exists — and, in particular, whether it has an effect on law and public policy,” Weingarten said. “But culture warriors are labeling any discussion of race, racism or discrimination as CRT to try to make it toxic.”

Weingarten went on to accuse legislators of “bullying” teachers and “trying to stop us from teaching kids honest history,” suggesting that they were “trying to raise the temperature on race relations because of the next election.”

This past spring, the Department of Education proposed updating ​American ​history and civics curricula to support “teaching and learning that reflects the breadth and depth of our Nation’s diverse history and the vital role of diversity in our Nation’s democracy.​”

“It is critical that the teaching of American history and civics creates learning experiences that validate and reflect the diversity, identities, histories, contributions, and experiences of all students,” said the proposal, which also quoted Kendi: ​“[a]n antiracist idea is any idea that suggests the racial groups are equals in all their apparent differences — that there is nothing right or wrong with any racial group.

“Antiracist ideas argue that racist policies are the cause of racial inequities.”