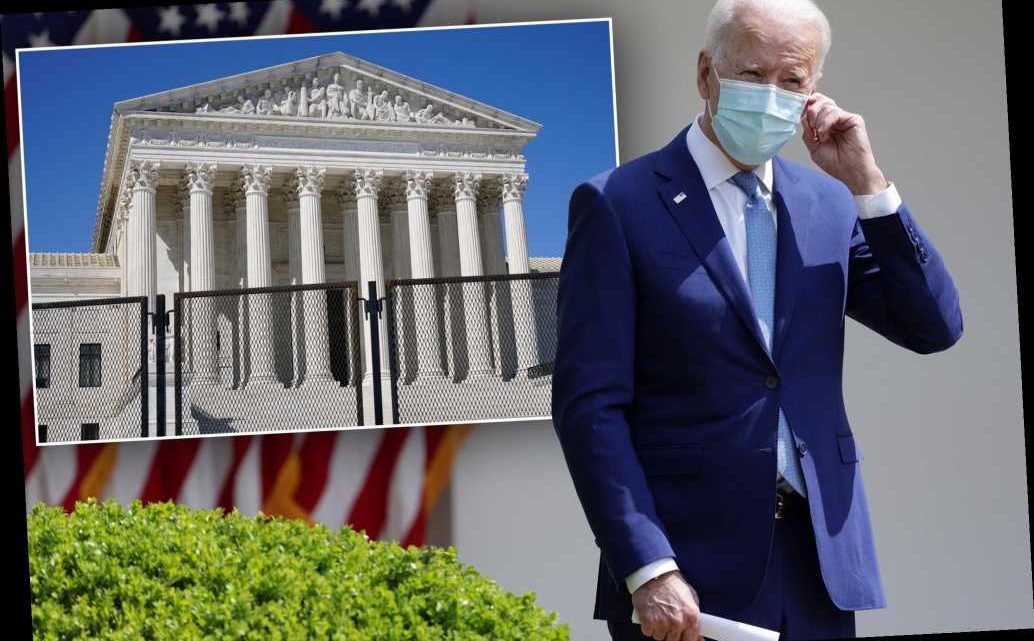 President Biden on Friday will sign an executive order that creates a commission to study adding seats to the Supreme Court.

Many Democrats want to expand the number of justices after former President Donald Trump successfully nominated three justices, tilting the court in a more conservative direction.

The commission will be “comprised of a bipartisan group of experts on the Court and the Court reform debate,” the White House said in a release.

But Republicans and judicial purists alike decry the idea as “court-packing” and say it will undo the Supreme Court’s historic insulation from politics. President Franklin D. Roosevelt unsuccessfully sought to pack the court in the 1930s after conservative justices ruled against some of his New Deal policies.

“The Commission’s purpose is to provide an analysis of the principal arguments in the contemporary public debate for and against Supreme Court reform, including an appraisal of the merits and legality of particular reform proposals,” the White House said.

“The topics it will examine include the genesis of the reform debate; the Court’s role in the Constitutional system; the length of service and turnover of justices on the Court; the membership and size of the Court; and the Court’s case selection, rules, and practices.”

The commission will hold public meetings and issue a report within 180 days of its first meeting, the White House said.

The White House named 34 commissioners in addition to the co-chairs.

The idea of Democrats adding seats to the high court gained momentum last year following the death of Justice Ruth Bader Ginsburg, a member of the court’s liberal wing. She was replaced with the more conservative Amy Coney Barrett.

On the campaign trail, Biden last year pledged to create a court reform commission. But at the time, Biden said that while he believed the Supreme Court was “getting out of whack,” he was “not a fan of court packing.”

“The last thing we need to do is turn the Supreme Court into just a political football, whoever has the most votes gets whatever they want,” Biden told CBS’ “60 Minutes” in October.

How this episode of ‘The Crown’ nailed Prince Philip
Recent Posts