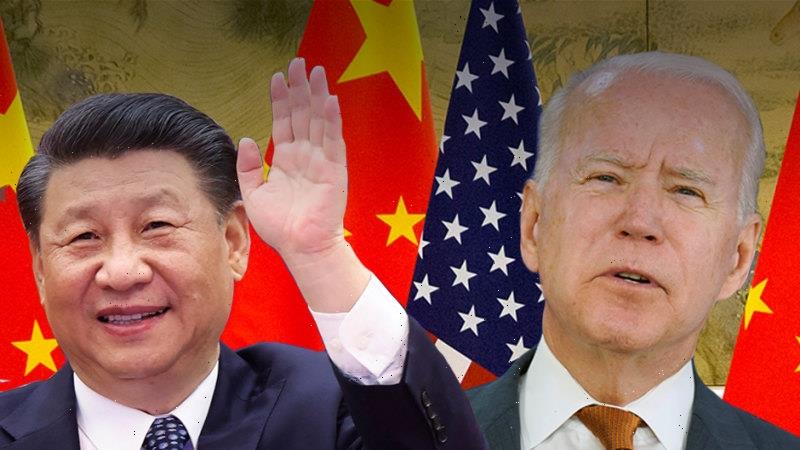 Washington: The Biden administration is considering a US-led competitor for China’s Belt and Road international trade and public works program, and a top White House official will scout Latin America next week for possible projects.

Daleep Singh, the US deputy national security adviser for international economics, is travelling to Colombia, Ecuador and Panama to talk with high-level officials, business leaders and civic activists about infrastructure needs, according to US officials who briefed reporters on condition of anonymity. 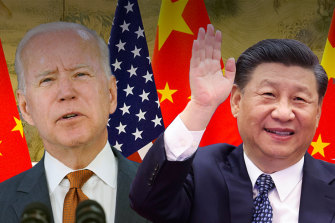 The White House says it wants to engage in projects with higher environmental and labour standards than those China is funding, with full transparency for the financial terms, the officials said.

The Belt and Road Initiative (BRI) has transformed from what was once regarded in the US as a series of unconnected infrastructure projects into a centrepiece of Beijing’s foreign policy strategy, aides to President Joe Biden said. China has gained raw materials, trade links and geopolitical leverage from the program, they added. 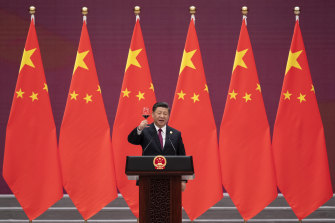 Xi Jinping raises his glass for a toast during the Belt and Road forum in Beijing in April 2019. Credit:AP

Beijing launched the BRI – “One Belt, One Road” – in 2013, initially as a way to replicate the ancient Silk Road maritime trade routes linking Asia to Europe, including several ports, roads and other infrastructure along the way.

In 2017 the project was expanded to several countries, including in Latin America where China was to build a bridge over the Panama Canal – the trade passage built by the United States that facilitates shipping between its east and west coasts. The agreement also includes a high-speed rail system, port, energy and other projects to be financed by Beijing.

Since then, several South and Central American countries have joined the BRI, including Nicaragua, Venezuela and Ecuador. It now reportedly totals more than $US3 trillion ($4 trillion) in expenditure the world over.

Biden and other G7 leaders earlier this year discussed a co-ordinated infrastructure initiative for developing countries to counter the Chinese program. In the White House, the new project is known as Build Back Better for the World, echoing one of Biden’s key domestic legislative proposals.

Last year, the US administration and Taiwan announced a partnership to fund some projects in Latin America as a way to counter China’s influence (Panama switched allegiance from Taiwan to China shortly before signing onto the BRI).

Australia, the US and Japan have also talked about funding private infrastructure investment into poor countries in Asia and the Pacific to rival the Chinese effort, but few details have emerged.

Across the developing world, there are more than $US40 trillion in infrastructure needs through to 2035, administration officials said. US officials planned to first solicit ideas from local leaders before formally selecting several flagship projects early next year, aides said.

They rattled off a list of examples of possible projects, including solar power plants in India, water treatment facilities in El Salvador, pharmaceutical research and manufacturing in South Africa that could produce COVID-19 therapies or vaccines, digital technology projects that might result in an alternative to 5G wireless networks, digital links for Kenyan farmers and vendors, or investments in women-owned businesses in Brazil.

Officials travelling with Singh will include David Marchick, the chief operating officer at the US International Development Finance Corporation.