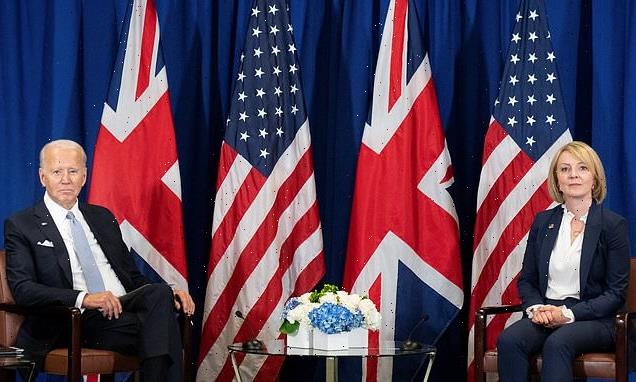 Biden didn't use phrase 'special relationship' in meeting with Truss

Is the ‘special relationship’ all over? Joe Biden did not use the phrase during first meeting with Liz Truss, sparking rumour it is being ‘retired’

The phrase has long stood for the enduring bond between the UK and US.

But Liz Truss’s first meeting with Joe Biden in Washington suggested the term ‘special relationship’ may be phased out as she launched her new foreign policy ethos.

The President did not utter the words, first used by Winston Churchill, during bilateral talks, but instead told her: ‘You’re our closest ally in the world.’

Last night the White House denied the term had been ‘retired’ but offered to suspend its use, with an official saying: ‘We’ll shut it down until we can figure out what’s going on.’

However, the exchange was in sharp contrast to when Miss Truss entered No 10 earlier this month.

At the time, Mr Biden said he looked forward to ‘deepening the special relationship’ between the two nations. 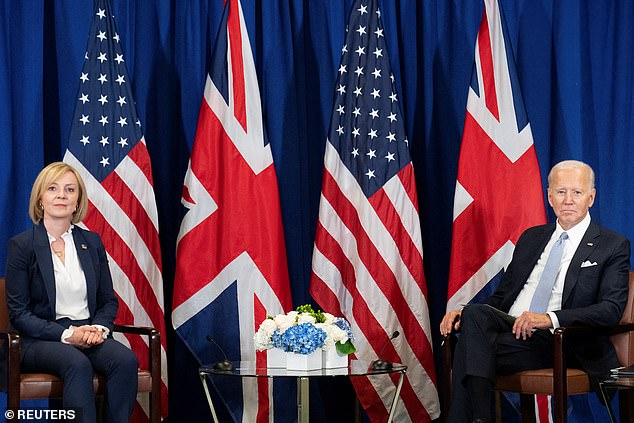 Liz Truss’s first meeting with Joe Biden in Washington suggested the term ‘special relationship’ may be phased out. The two leaders held a bilateral meeting during the PM’s visit to the US to attend 77th UN General Assembly

Though he previously used the phrase when dealing with Boris Johnson, the former prime minister has mooted axeing the term as it risks sounding ‘needy and weak’.

His official spokesman noted: ‘He prefers not to use the phrase, but that in no way negates the importance in which we regard our relationship with the US.’

Miss Truss has previously backed her predecessor’s thoughts on the matter. Last year the PM told a fringe event at the Tory conference that the relationship was ‘special but not exclusive’, adding that Britain should not be ‘worried like some teenage girl at a party if we’re not considered to be good enough’.

The term was first used by Churchill in a 1946 lecture tour of American universities. It was most widely used to describe the close relationship between Margaret Thatcher and Ronald Reagan.

Relations between the countries have been strained in recent years, especially around post-Brexit trading in Northern Ireland.

Miss Truss held talks with Mr Biden at the UN General Assembly in New York in a bid to find common ground and reset the relationship.

Charles will ‘never be King’ according to astrology
Recent Posts