Home » World News » Biden to Schumer and Pelosi: ‘In my Oval Office, mi casa, you casa’ 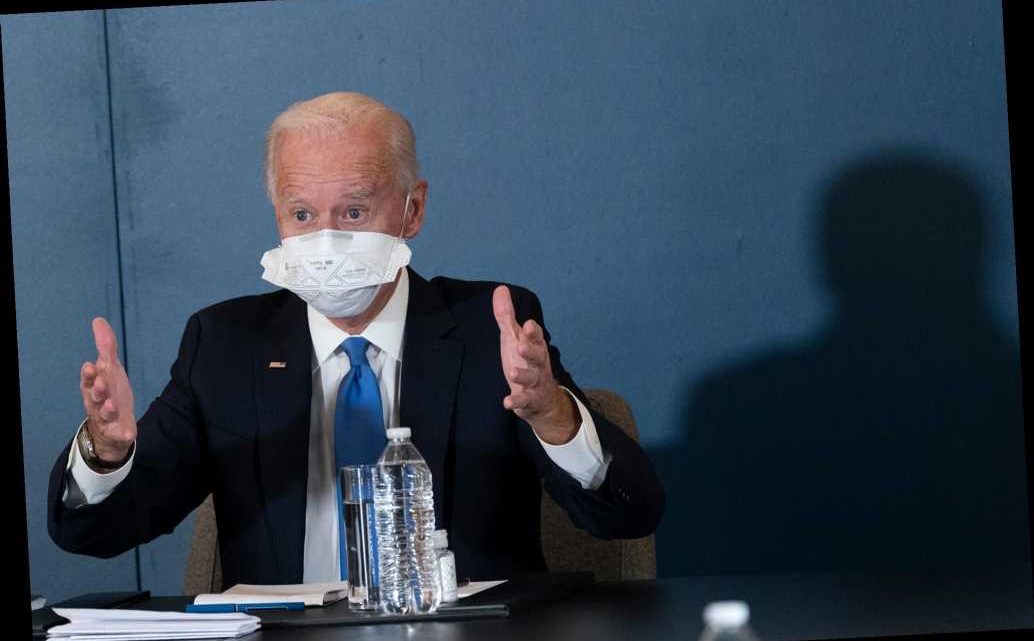 Biden to Schumer and Pelosi: ‘In my Oval Office, mi casa, you casa’

President-elect Joe Biden told House Speaker Nancy Pelosi and Senate Minority Leader Chuck Schumer that they would have plenty of sway in his White House — butchering the Spanish phrase “mi casa es su casa,” or “your house is my house” along the way.

”In my Oval Office, mi casa, you casa,” Biden told Congress’ two most powerful Democrats at a meeting in his hometown of Wilmington, Del., on Friday, flanked by Vice President-elect Kamala Harris.

Biden is continuing preparations to become the next occupant of 1600 Pennsylvania Ave., even as President Trump refuses to concede the election and fights the vote count in court.

Pelosi (D-Calif.) and Schumer (D-NY) have a contemptuous relationship with Trump.

While Schumer and Trump, both native New Yorkers who have known each other for decades, have spoken by phone throughout the pandemic on urgent coronavirus relief, Pelosi and the commander in chief have not spoken in more than a year.

The trio last met during a heated Oval Office meeting on Oct. 16, 2019, which Pelosi stormed out of when Trump criticized her leadership style.

Recently, Pelosi and Trump have been at odds over how much aid should be spent to combat the pandemic and have traded blows from afar; Trump calling Pelosi “Crazy Nancy” and the speaker responding in kind by dismissing the president a “psychopathic nut” in calls with the Democratic caucus in recent weeks, according to multiple reports.

Biden has vowed to support Democrats in Congress as the COVID-19 relief stalemate continues but Republicans in the GOP-controlled Senate are likely to block those efforts, refusing to even acknowledge Biden as president-elect.