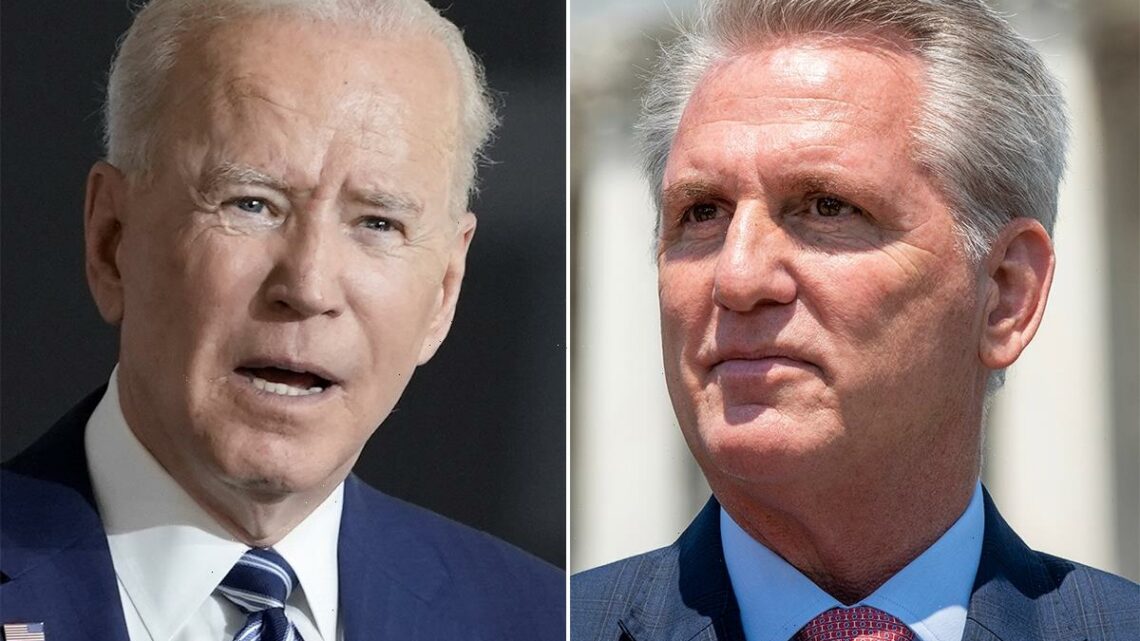 HOUSE Minority Leader Kevin McCarthy slammed President Joe Biden’s $6 trillion budget request as an attempt to “spend more money than America spent at the height of World War II” and said it would take the country down a dire economic path. 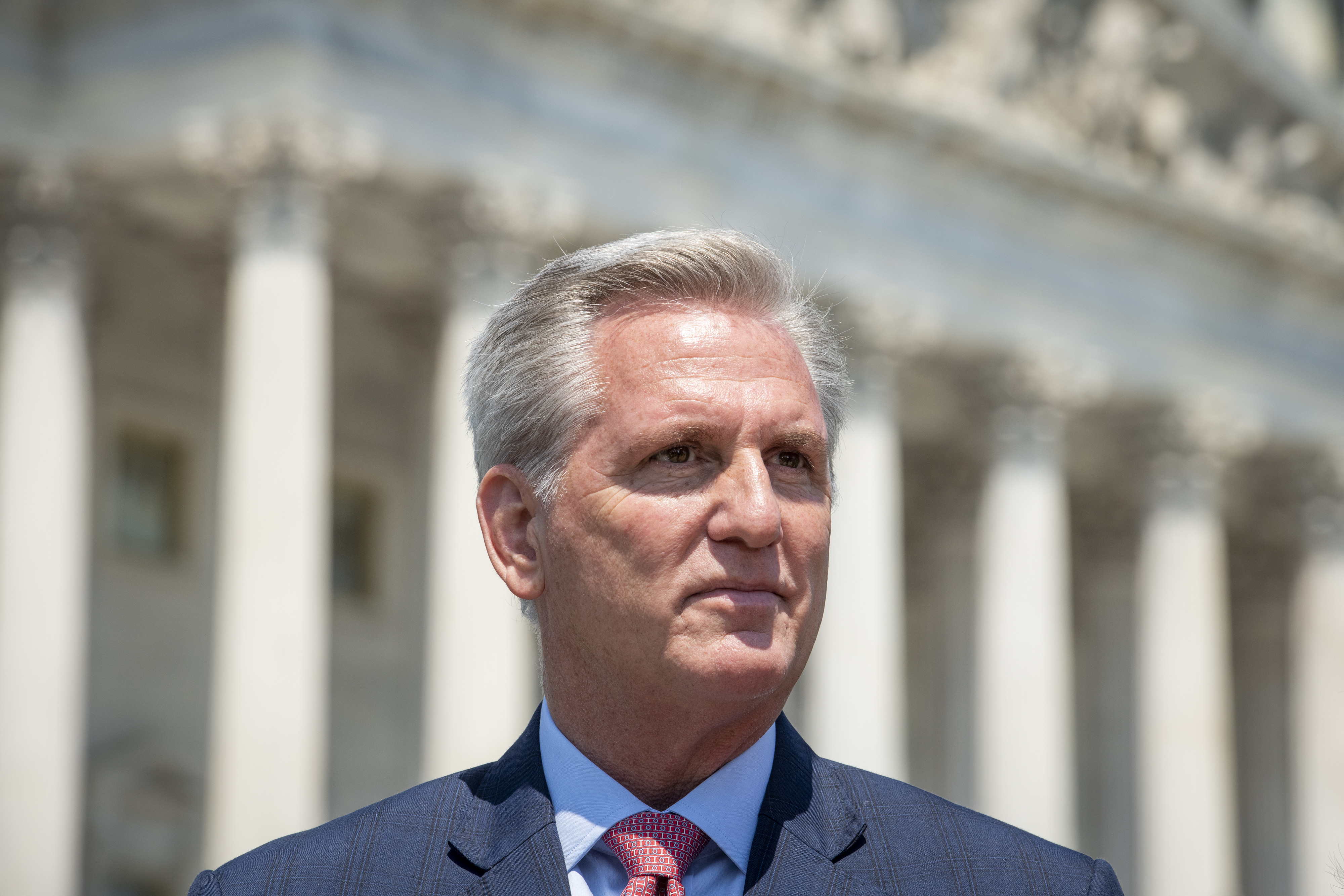 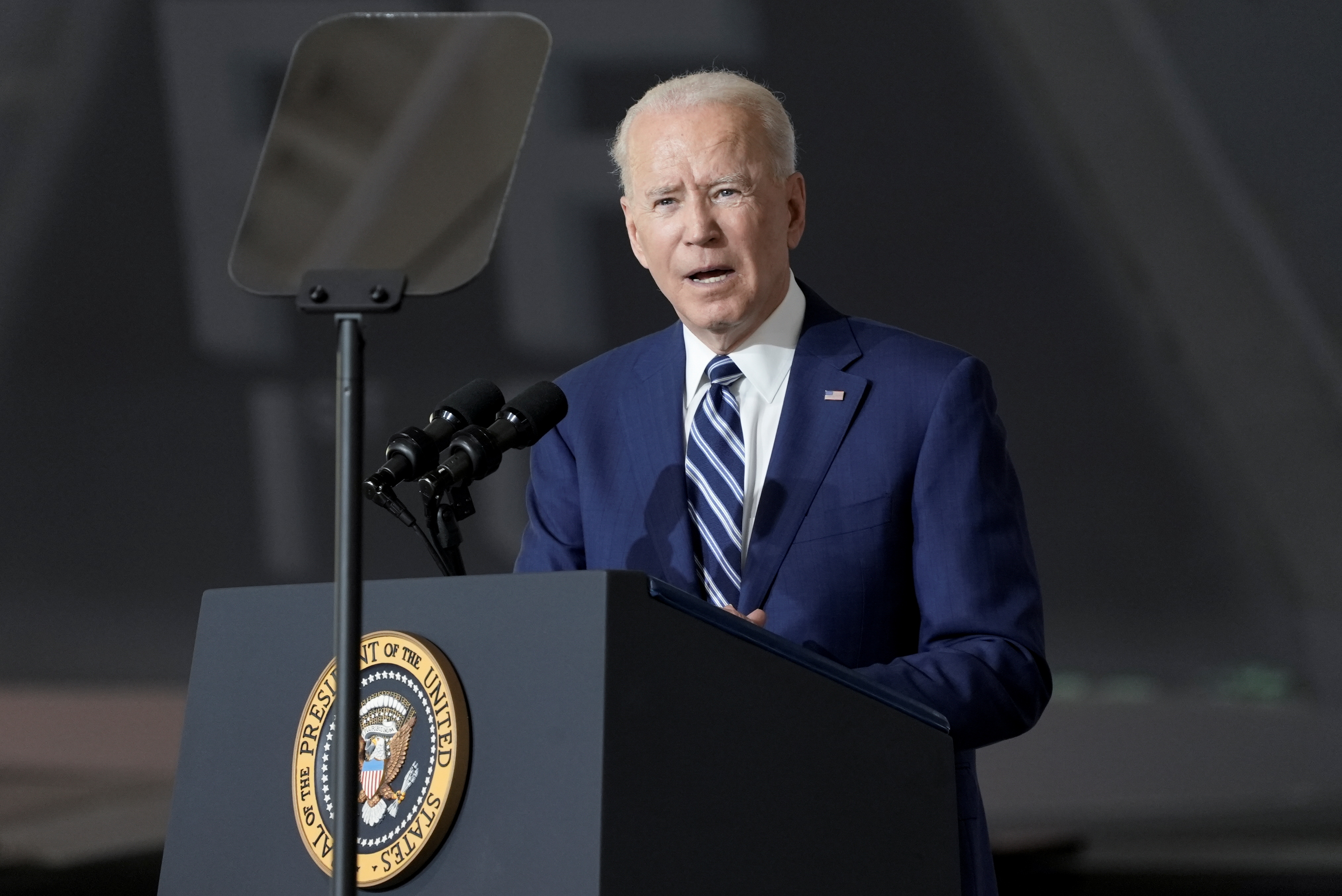 “It is the most reckless and irresponsible budget proposal in my lifetime.”

He continued to rail against the president for intentionally causing the country to fall deeper in debt and disregard bigger priorities such as defense.

“Despite months of delay that should have provided perspective to the administration, President Biden has sent a message today that he wants to double down on the failed economic policies that have derailed our economic recovery in the first five months of his term,” McCarthy wrote.

“This administration wants to empower Washington and grow the federal government to historic levels, all while neglecting the real needs of the American people and our national security. 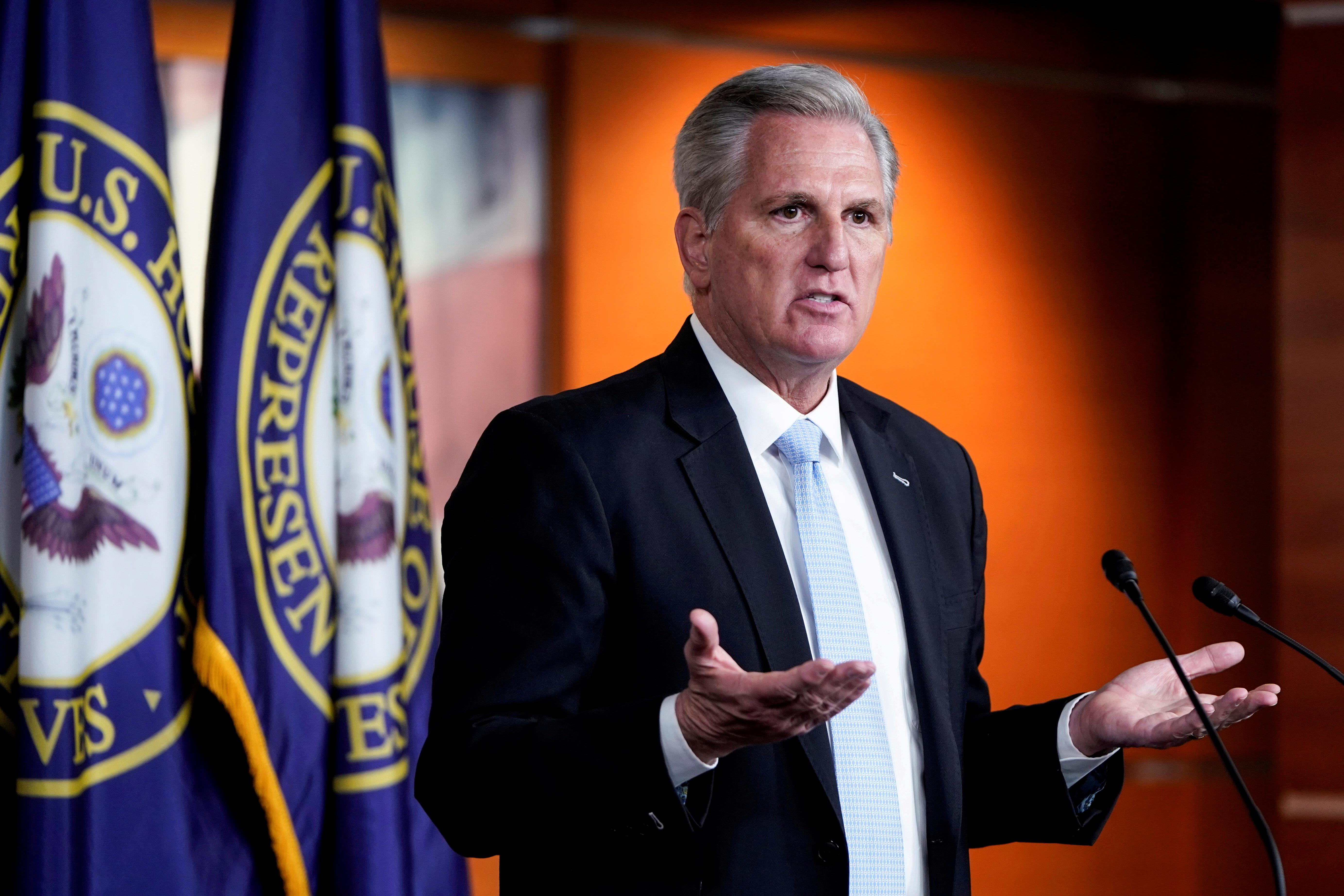 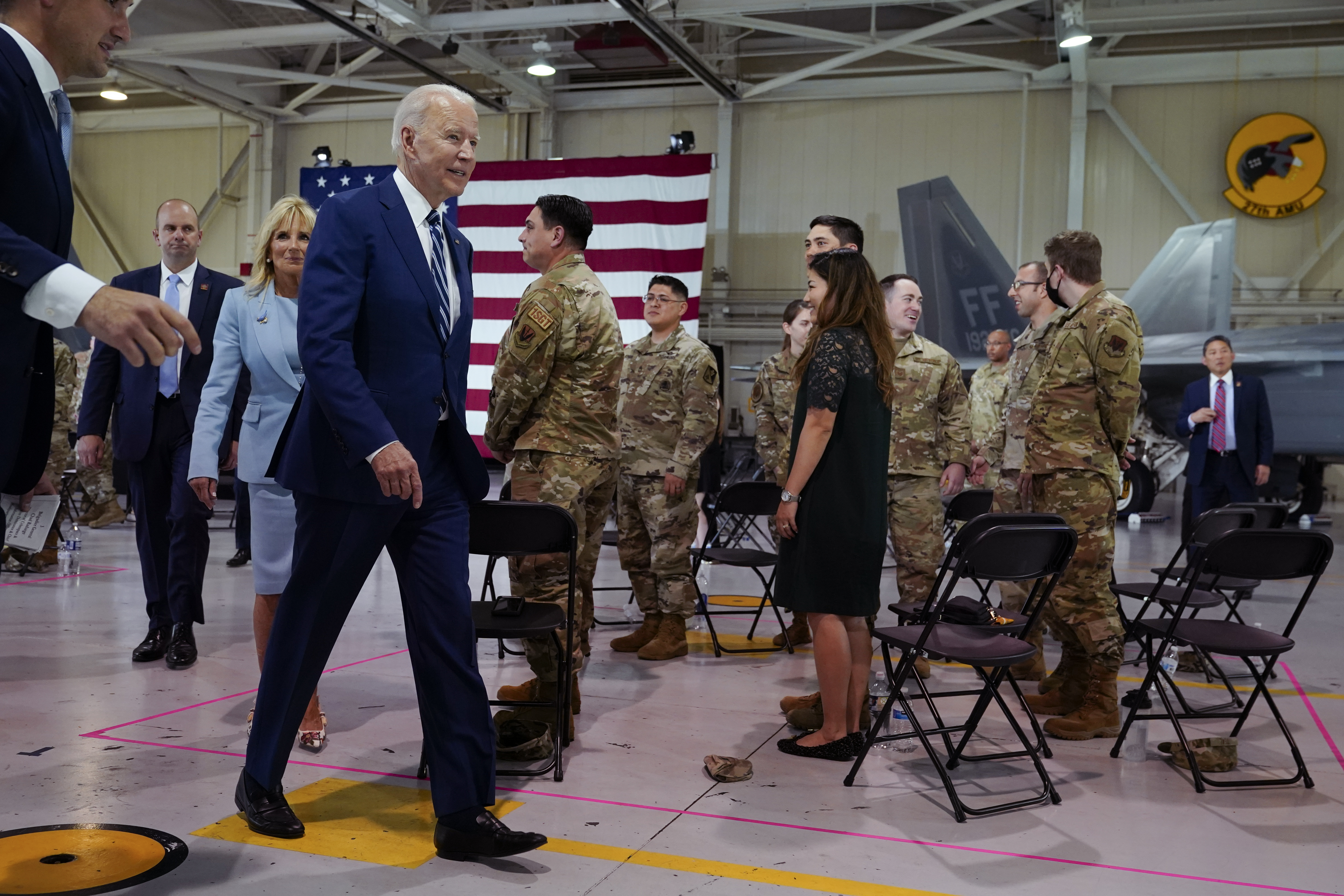 “This budget is wrong for America. Every member of Congress should reject it.”

He also pointed the finger at Biden for slowing the country’s financial recovery when his administration “jammed through a partisan $1.8 trillion spending package in March that turned our ongoing economic comeback into an economic crisis, resulting in the worst jobs report in decades and the fastest jump in inflation in 13 years.”

And the budget is also getting morally challenged.

McCarthy accused Biden's plan of "calling for tax-payer abortion" and restoring $123.5 million in tax pay funding for the World Health Organization (WHO), which "has been complicit in covering up China’s COVID lies.

The budget proposal is Biden’s first since taking office.

It’s a sweeping spending plan that aims to bolster investment in infrastructure and education, while also carving out $34 billion to combat climate change. 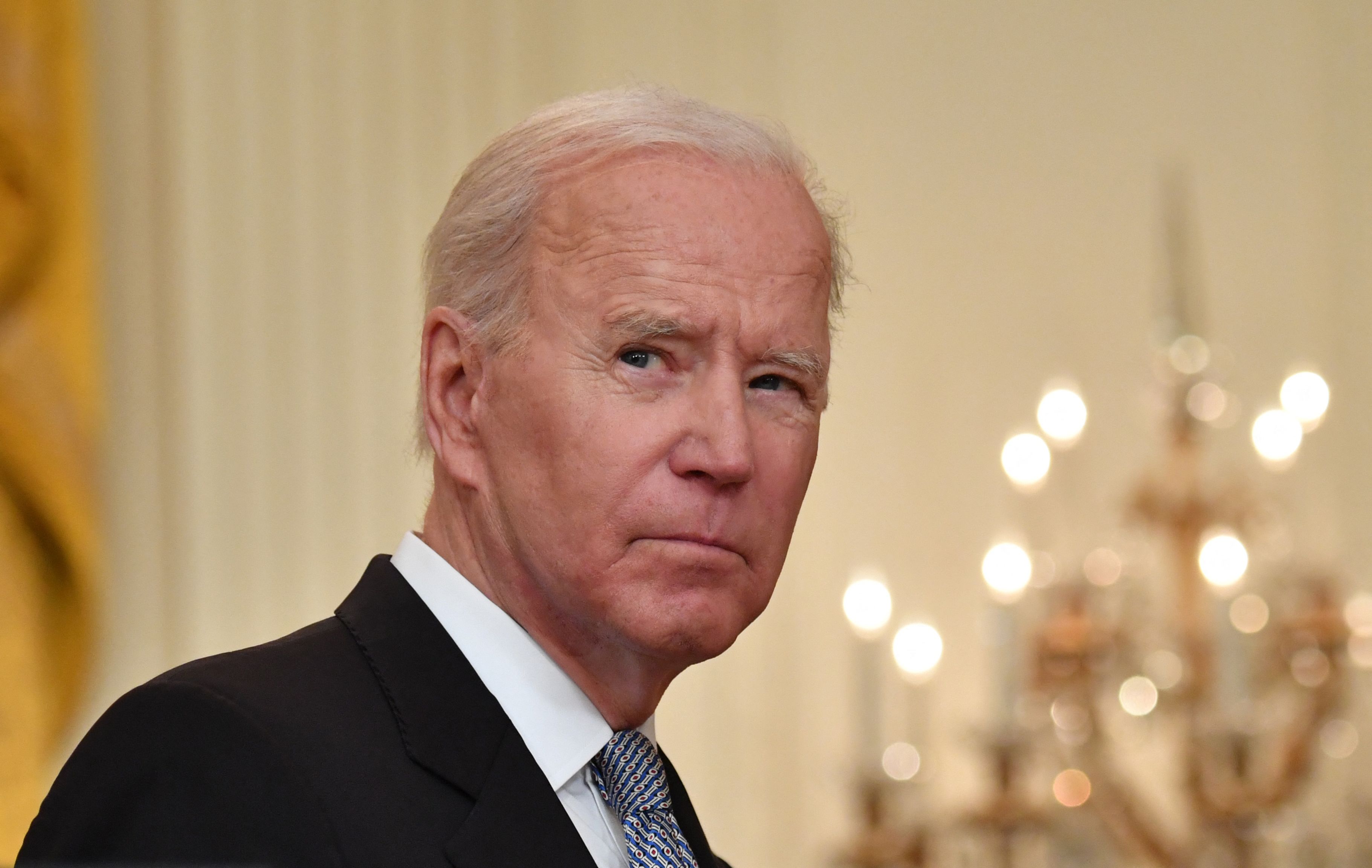 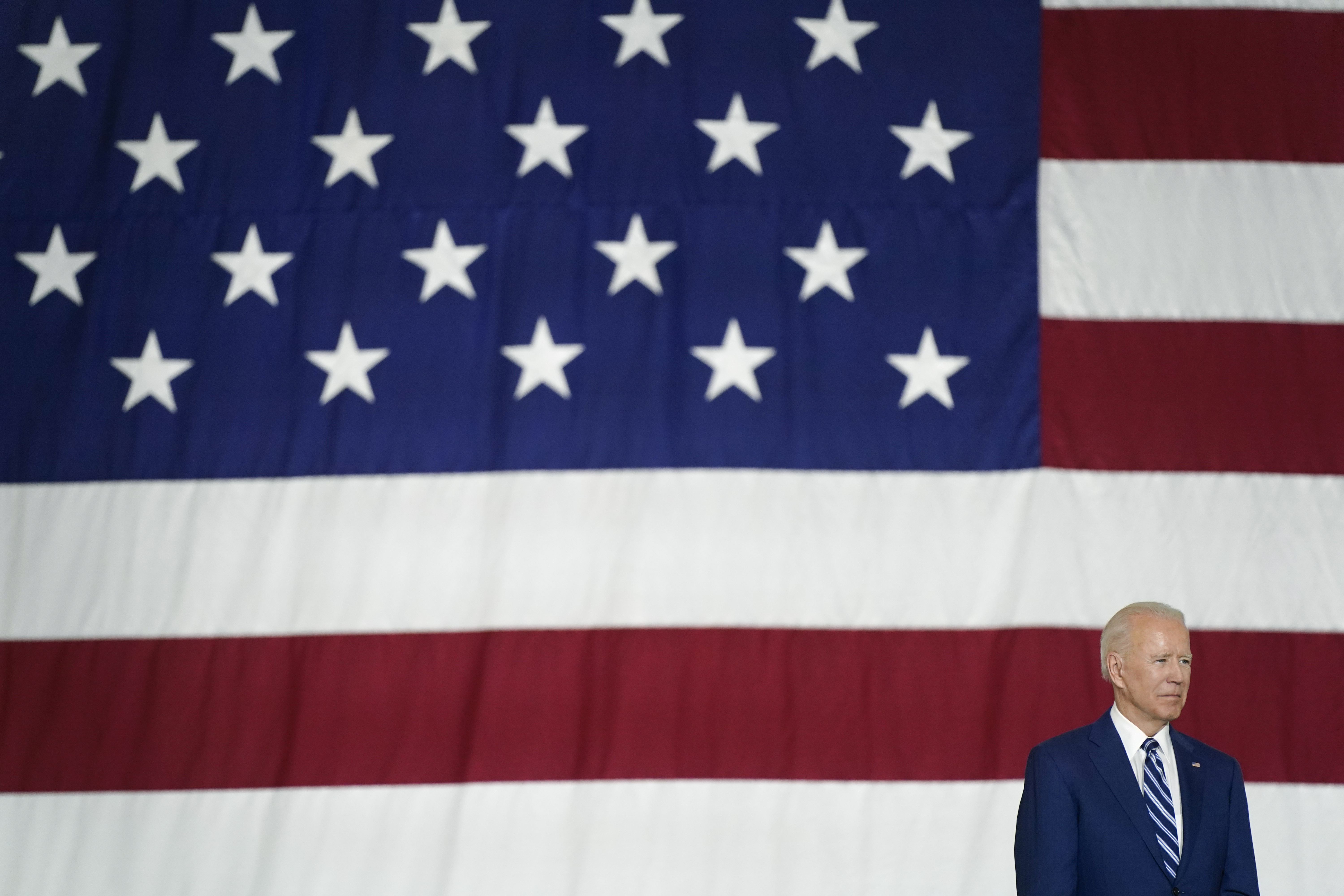 Biden is seeking to use the budget to fund his $2.3 trillion infrastructure plan, his $1.8 trillion families plan, and also cover $1.5 trillion in discretionary spending to fund federal agencies.

The $2.3 trillion is reportedly getting trimmed down to $1.7 trillion in an effort to secure GOP support in the Senate. 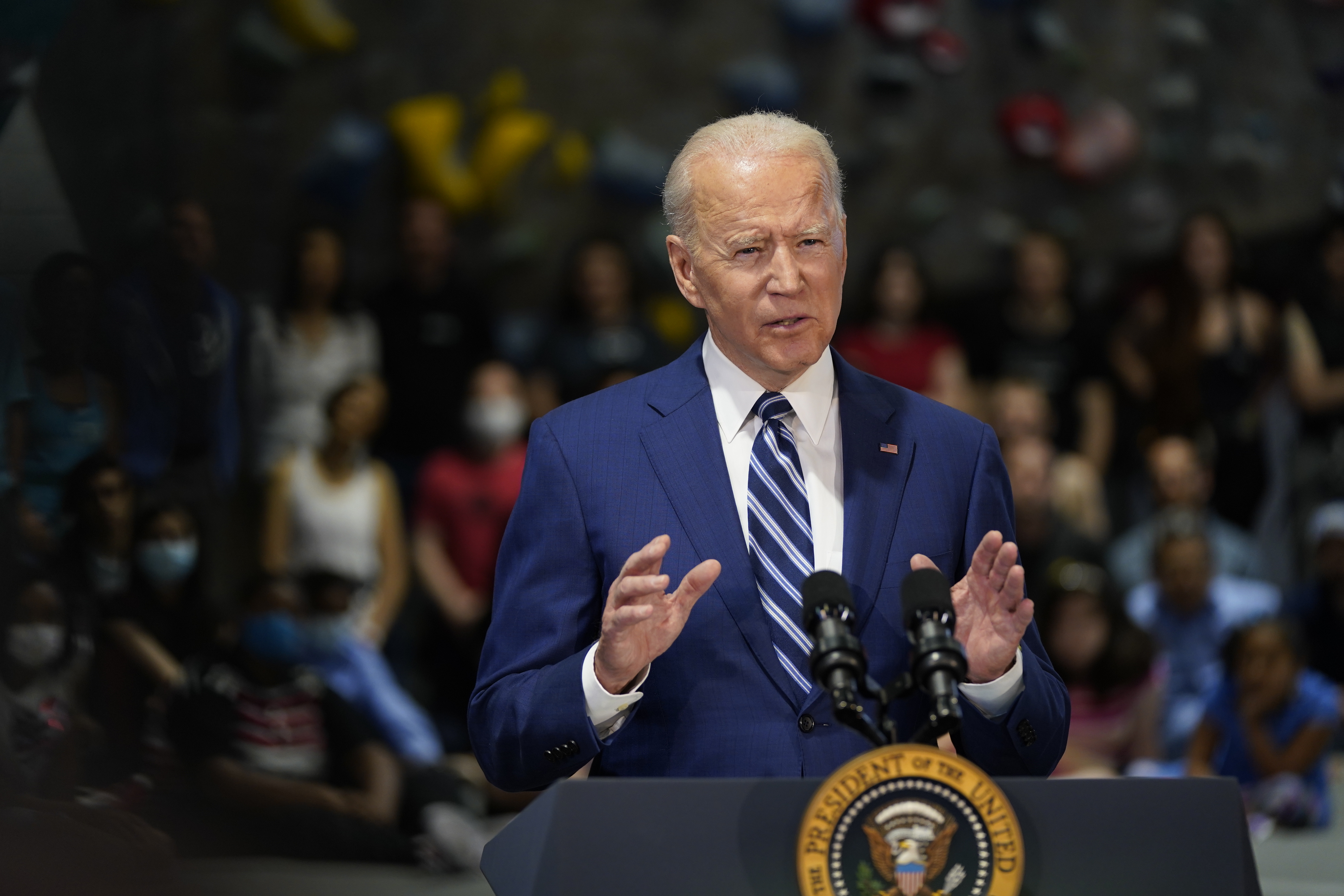 The central aim is to give the nation's middle class a boost and modernize US industry to compete in a global economy, including ample resources going towards green energy and climate change prevention.

To help fund the plans, Biden is going to hike taxes on corporations and the country's biggest earners.

McCarthy jumped on the entire proposal as an effort to march the country into a certain catastrophe if it passes.

Indeed, Biden administration officials have repeatedly noted the tax increases to help offset the costs will happen over a 15-year span. 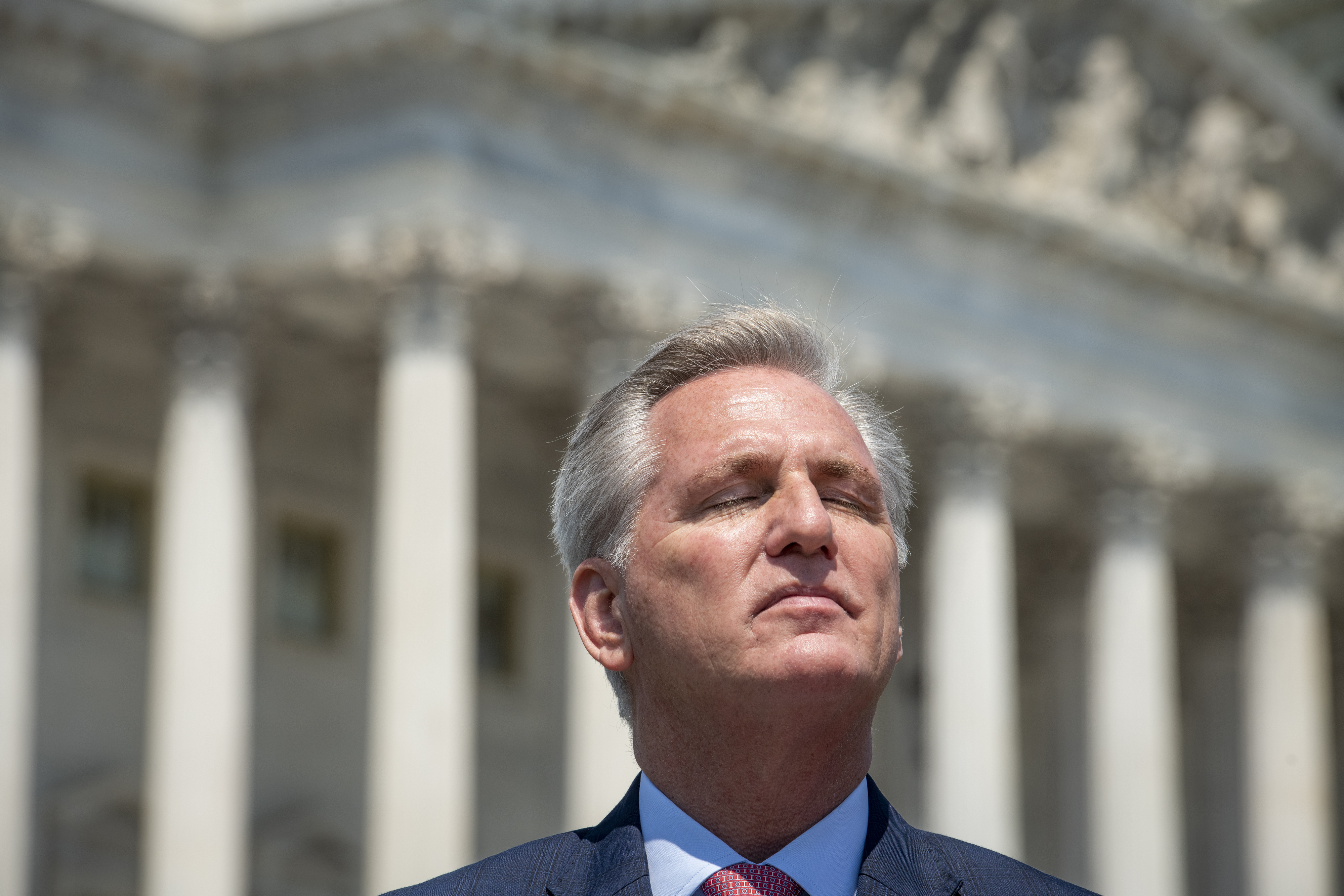 That means until that time, the US would continue to operate on significant deficits as the government borrows money to fund the president's agenda.

As outlined in the plan, the budget deficit would hit $1.8 trillion in 2022, even with the economy bouncing back from the pandemic-causing recession.

That number would decrease slightly in the following years to around $1.3 trillion, before increasing back up to just shy of $1.6 trillion in the fiscal year of 2031.

Debt held by the public would also exceed the annual value of economic output.

By 2024, debt will rise to its highest level in US history, eclipsing a World War II-era record, as previously reported by the New York Times.

“But the dire fiscal and economic consequences this budget would place on our country is made worse by the radical priorities it would fund,” he wrote.

He added that the budget Biden is hoping to get passed is not prioritizing “the “diverse array of threats” referring back to an April report released by the Director Department of National Intelligence Avril Haines.

The report mentions how the country and its allies “will face a diverse array of threats that are playing out amidst the global disruption resulting from the Covid-19 pandemic and against the backdrop of great power competition, the disruptive effects of ecological degradation and a changing climate, an increasing number of empowered non-state actors, and rapidly evolving technology.”

It will also include possible spending jumps in Medicaid, affordable childcare and other social programs, while laying out proposed funds for foreign aid, immigration policing and national defense.

Additionally, a key component of the plan is Biden's aim of aggressively fighting climate change and slashing US carbon emissions in half by 2030.

His proposal calls for more than $36 billion to tackle global warming – an increase of more than $14 billion in comparison to last year's budget.

Those funds would be used to sanction major new investments into clean energy, climate and sustainability research and improved water infrastructure.

Like McCarthy, other Republicans were concerned the spending with Biden in charge was getting out of control and needs to be reined in.

“When then-candidate Joe Biden said he wanted to ‘transform’ the nation, he wasn’t kidding," South Carolina Sen. Tim Scott told Reuters. "What was presented to the American people today is the most far-reaching, big-government budget proposal we have seen in decades.”

Sen. John Barrasso of Wyoming who serves as chairman of the Senate Republican Conference called Biden's budget "a recipe for mounting debt and crippling deficits."

"It will ignore how massive government spending will have Americans paying more to put food on their tables, gas in their cars, and clothes on their backs,” according to Reuters.

While the president can propose an annual budget for the US government, it's ultimately up to Congress to approve spending bills.

And while Democrats hold the majority in the House of Representatives, they only narrowly control the 50-50 divided Senate, with Vice President Kamala Harris holding the tie-breaking vote.

If the plan is approved, the government would spend what amounts to nearly a quarter of the nation’s total economic output every year over the course of the next decade.

Ree Drummond lost 38 pounds, must not have eaten her own food
Recent Posts