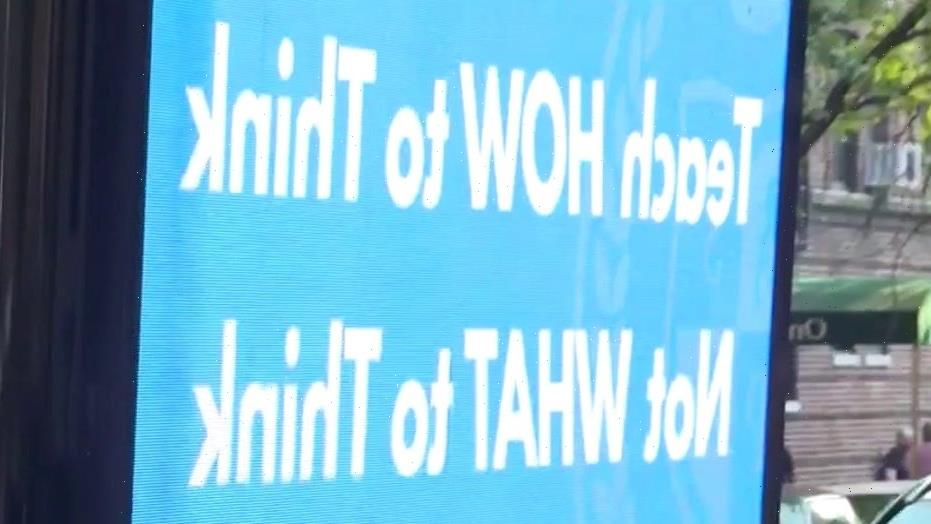 Frustrated private school parents are fighting back on Monday with a series of billboards designed to call out the “woke” ideas they say teachers are using as part of an “indoctrination” of students.

The campaign targets multiple schools like Dalton, Grace Church School and others that have caught headlines for pushing various ideas about race and identity.

According to the New York Post, trucks will be parked outside of multiple schools where bystanders will see signs like “DIVERSITY NOT INDOCTRINATION.” The other messages read “TEACH HOW TO THINK, NOT WHAT TO THINK” and “WOKE SCHOOL? SPEAK OUT.”

An anonymous group of parents, collectively known as “Prep School Accountability,” initiated the campaign. On its website, the organization describes itself as a “group of concerned parents who believe there is a better way to promote diversity and inclusivity at leading independent schools in NYC without sacrificing quality education for all students.”

“In recent years, a new orthodoxy has emerged at our schools, dividing our communities based on immutable characteristics such as race, ethnicity, gender, and sexual orientation,” their website reads.

“As a result, the core tenets of high-quality education—uniting all children and families through a love and appreciation for learning and community spirit—have gone by the wayside. Schools should unite us, not divide us.  To save our schools, administrators must ensure academic rigor and intellectual integrity are requirements of any core curriculum while respecting parents as the primary moral educators of their children.”

The group told Fox News that as of Monday morning, the billboards had been placed outside of Brearley School, The Dalton School and Trinity School.

Monday’s campaign comes after months of nationwide controversy over critical race theory and associated ideas. The issue has become especially poignant in New York City, where some of the nation’s top schools are located.

Parent Andrew Guttman, who pulled his daughter out of the elite Brearley School, told “Fox & Friends” that it was “inspiring to see other parents speak out on this issue.”

“I’m not affiliated with the group but I’m very proud that there are other parents that are – even if anonymously doing it but taking some public action against these schools.” Guttman reportedly sent families at his school a scathing letter in April objecting to Brearley’s purported “obsession with race.”

Promotion of these types of ideas has generally been defended as a way to enhance inclusion and break down purportedly systemic biases against marginalized groups.

After math teacher Paul Rossi publicly denounced Grace Church School’s teachings, the head of school sent a letter describing the efforts as a way to ensure “everyone feels they belong.”

It also included a diversity mission statement, which read: “Inclusion is not enough and equity is an impossibility if we cannot name, acknowledge, and oppose the forces of racism and all forms of bias, hate, and fear that exist in our society and that seek to diminish so many in our midst.”

Grace Church and other schools targeted did not respond to Fox News’ request for comment.