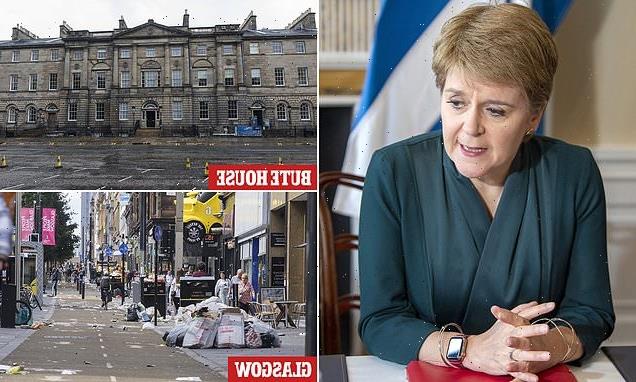 Rubbish at Nicola Sturgeon’s official residence is being collected by taxpayer-funded contractors, even as rat-infested trash piles in Scotland’s towns and cities due to the ongoing strikes by dustmen.

The Scottish Government has a £43million contract with Mitie, which collects waste from 70 public buildings, including Bute House in Charlotte Square, Edinburgh.

But elsewhere in the Scottish capital and other cities, there are mounting piles of waste.

Despite the crisis, Miss Sturgeon will today make her fifth appearance at the Edinburgh Fringe Festival.

The First Minister, who was accused last week of being ‘asleep at the wheel’ as she opened an ’embassy’ in Copenhagen, will interview actor Brian Cox in a show, The Lion of Dundee.

Talks aimed at finally bringing an end to Scotland’s strike chaos are set to run into a fifth day, despite growing hopes of a new pay offer. 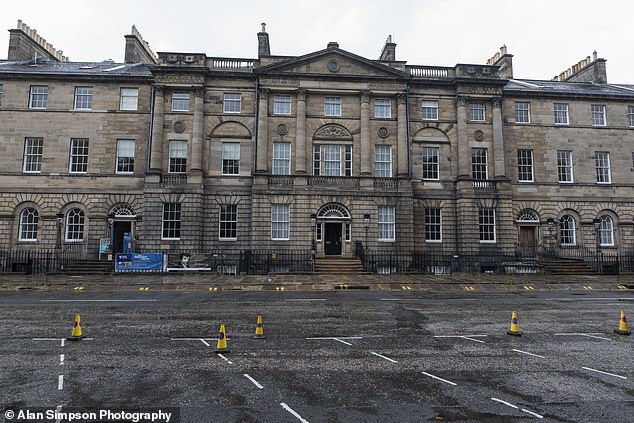 Rubbish at Nicola Sturgeon’s official residence is being collected by taxpayer-funded contractors, even as rat-infested trash piles in Scotland’s towns and cities due to the ongoing strikes by dustmen. The Scottish Government has a £43million contract with Mitie, which collects waste from 70 public buildings, including Bute House (pictured last week) in Charlotte Square, Edinburgh 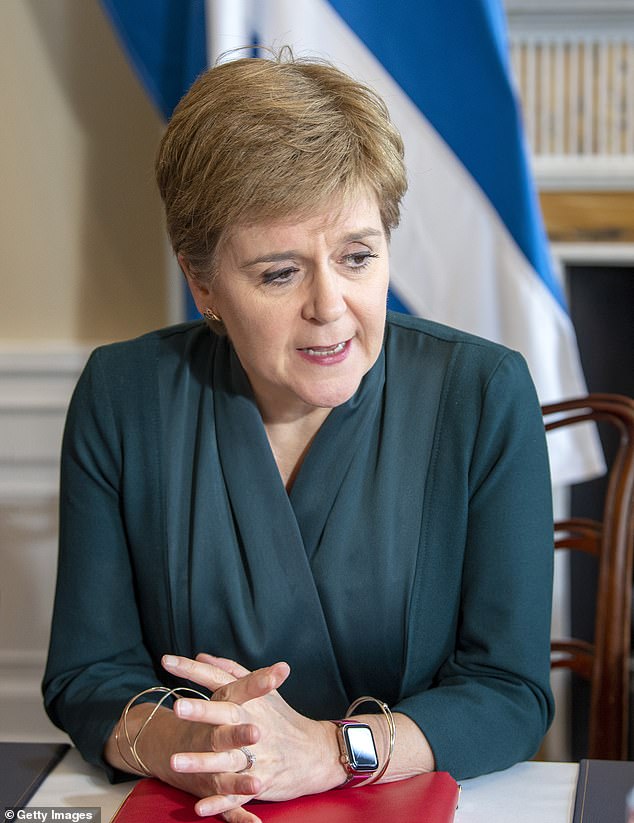 Despite the crisis, Miss Sturgeon will today make her fifth appearance at the Edinburgh Fringe Festival

Discussions with council umbrella group Cosla continued over the weekend over a potential new offer which could finally bring the dispute to an end.

Sources said the Scottish Government was prepared to put funding on the table to allow a Cosla offer which could match union demands of at least an extra £1,925 for every worker.

Officials also confirmed there had been ‘constructive’ discussions and that council leaders had discussed a ‘potential proposition’.

But there was still no confirmation of a new offer last night.

It comes as Edinburgh’s strike by refuse workers is set to come to an end tomorrow.

Rubbish is also piling up in other parts of Scotland impacted by the latest walkouts, including in Glasgow.

Scottish Conservative local government spokesman Miles Briggs said: ‘The news that council pay talks have failed to reach a resolution again today will come as a huge blow to people and businesses across the country.

‘Edinburgh is already overflowing with rubbish and waste as a result of these strikes – and towns across the country will soon be going the same way.

‘Years of savage SNP cuts to local authority budgets lie at the heart of this nationwide dispute, and the longer these strikes go on, the more difficult the clean-up will be.’

He added: ‘The SNP Government must stop dodging responsibility, get round the table with councils and unions, and get this situation under control.’

Talks are continuing after the latest 5 per cent pay rise was rejected by trade unions, who are pushing for council workers to get the same deal as other parts of the UK.

It is understood council leaders are trying to thrash out a deal which would ensure every worker would receive at least an extra £1,925, which would mean lower-paid staff would get much more than a 5 per cent rise.

A Scottish Government spokesman said: ‘After constructive discussions over recent days, we are aware that Cosla held a meeting of local authority leaders to discuss a potential proposition. 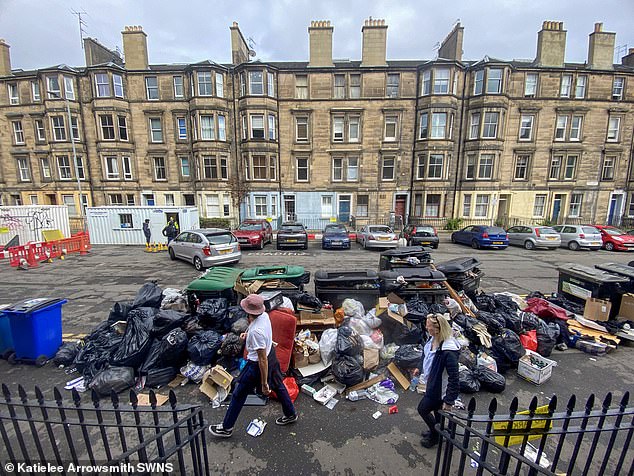 ‘It would not be appropriate for the Scottish Government to comment further beyond encouraging both sides to continue to seek a fair resolution of this dispute.’

A Cosla spokesman said: ‘We do not comment on leaks – we remain in active discussions with trade union colleagues.’

Over the weekend, rubbish continued to pile up in the streets of Edinburgh as its festivals come to an end.

The current strike in Edinburgh is scheduled to end at 5pm tomorrow, when street cleaning and bin collections will begin to resume.

Residents are being told to put their bins out as normal, and that any extra waste will be collected if it is bagged and put next to wheelie or communal bins.

Edinburgh council leader Cammy Day said: ‘I regret the impact this national crisis has had on our capital city and am continuing to press the Scottish Government to fund an acceptable settlement.

‘Talks are continuing over the weekend and I’m hopeful we can reach agreement and prevent any further disruption.

‘I fully respect the right of our colleagues to take this action and have their voices heard.

‘As a trade union member myself, I’ve joined the picket lines in support of fair pay for our workforce and will do so again.

‘This dispute has brought the value of our waste and cleansing teams – and their right to a fair wage – into sharp focus and I’m delighted they’ll be back out from Tuesday, helping to return our city to its best.

‘While they’ll be working hard to catch up on collections and making every effort to collect litter, it’ll take time for things to return to normal.

‘Please bear with them as they do so and, if you can store your extra waste safely for a little longer or are able to book an appointment at a recycling centre, please do so.’