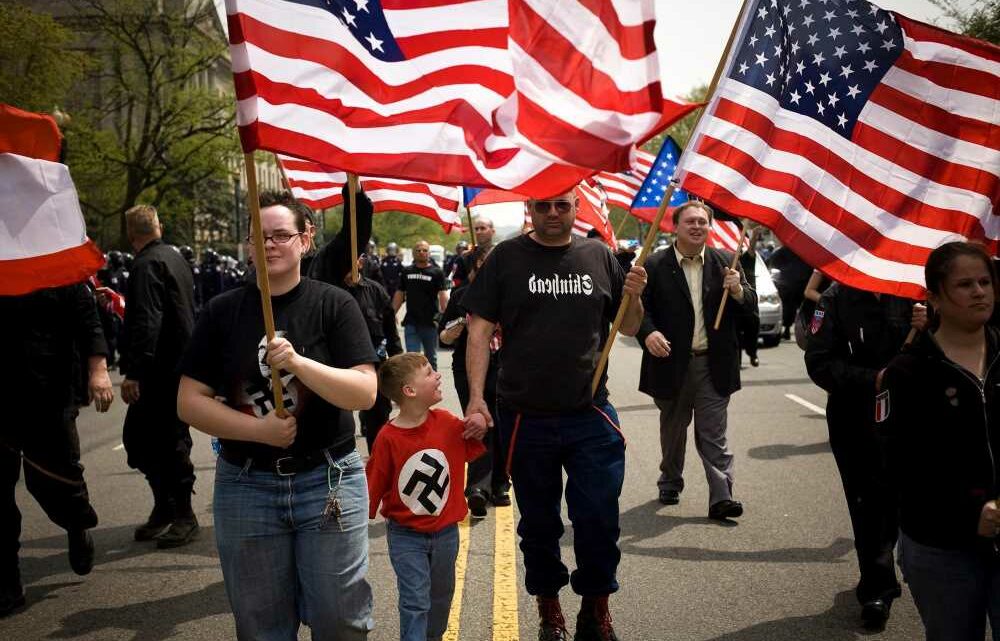 A Black Lives Matter chapter in Utah has called the American flag “a symbol of hatred” — one only used by dumb racists.

“When we Black Americans see this flag we know the person flying it is not safe to be around,” Black Lives Matter Utah wrote in a July Fourth post alongside an image of the Stars and Stripes.

“When we see this flag, we question your intelligence. We know to avoid you. It is a symbol of hatred,” wrote the chapter, which founder Lex Scott says is not part of the national BLM organization.

The rant continued in the comments section and a follow-up post, where the group asked “why every racist wears that flag and flies that flag?”

“Because it is a symbol of hate … This country has created genocide under that flag,” the group said.

“We will not pledge allegiance to that flag. We will not stand for the National anthem. We will not respect a piece of cloth that you respect more than Black lives,” the group wrote.

The post quickly sparked outrage — even among the group’s own members, BLM Utah admitted.

“One member was genuinely hurt. ‘You are alienating people, please take it back,’” the group wrote in comments.

“Listen Karen, confronting you and this country about your racism isn’t hatred,” the chapter wrote, using a stereotype for angry white women in a comment attacking critics for using “repeat negative stereotypes.”

“We will proactively destroy the systems that continue to give you the power to marginalize people of color. Period,” the group wrote, saying they could “taste your fear and it tastes delicious.”

Utah Republican Chairman Carson Jorgensen told the Salt Lake Tribune that “the American flag is a symbol of freedom and opportunity to the world.”

“This banner has been flown for the liberation of millions and millions who have given their lives in honor of what the flag represents, “ Jorgensen said. “We are stalwart in our support and love for the American flag and all of the good that it stands for.”

“There have always been those who try to divide us. I am grateful to live in a county that allows dissenting voices to be expressed,” the Republican said.

Despite the death threats, the BLM group later posted a series of celebratory messages bragging about how they had “just pissed off every republican in America.”

“That was a good day. We pissed off every racist republican in this country. It is an honor,” the group wrote late Wednesday along with a Beyonce meme, signing off, “Ok sleep tight insurrectionists. We love you.”