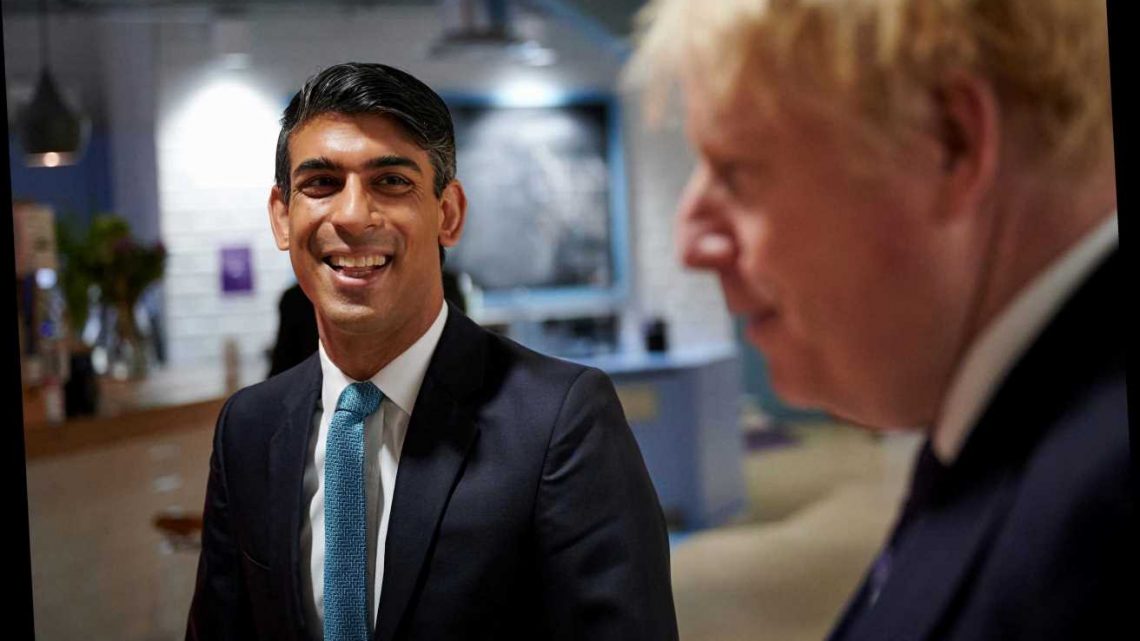 Boris Johnson speech: What time is the PM's announcement with Rishi Sunak today?

THE Chancellor is to unveil new measures to help firms hit hard by coronavirus.

Rishi Sunak and PM Boris Johnson are holding a news conference this afternoon. 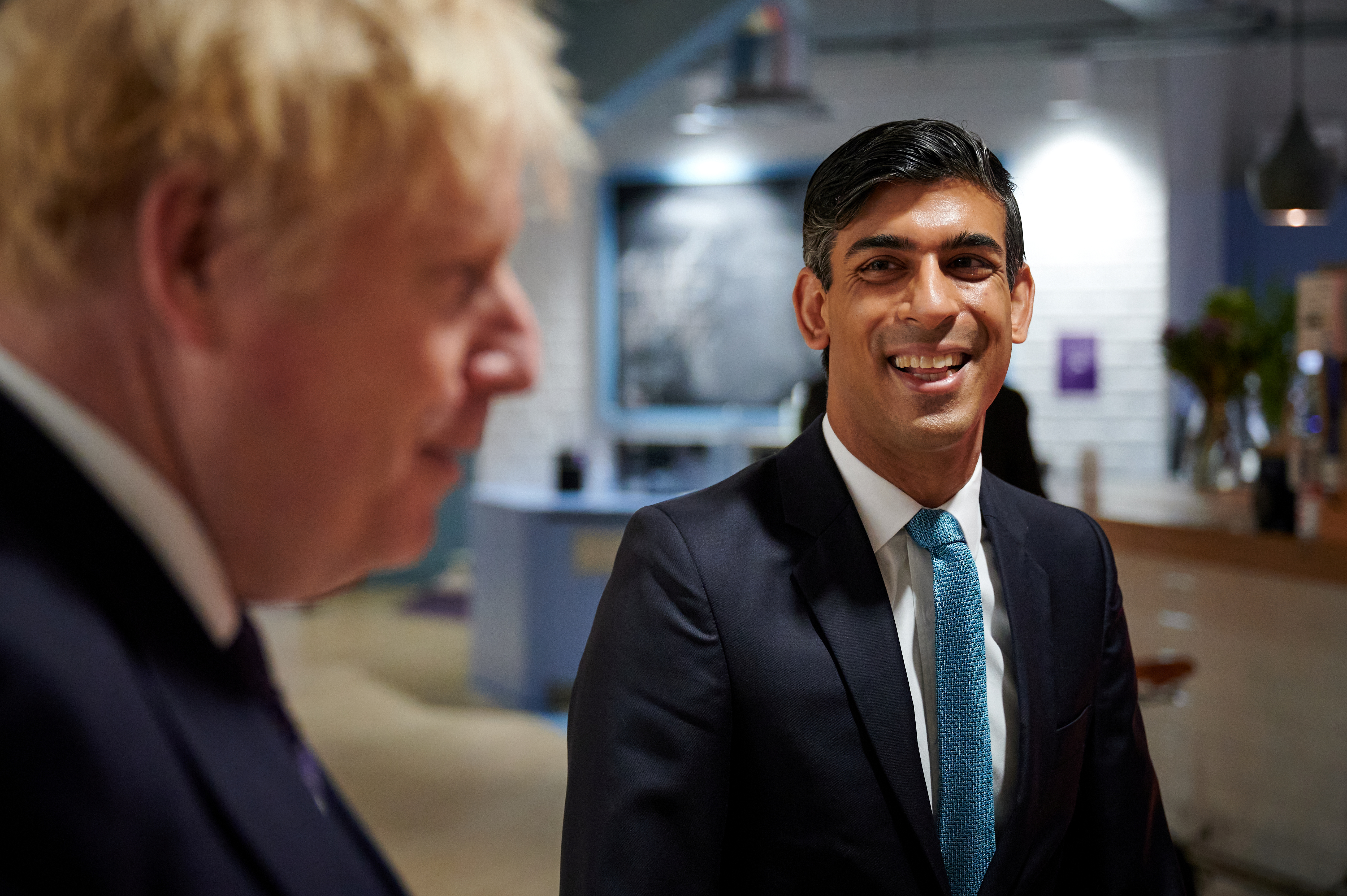 What time are Boris Johnson and Rishi Sunak speaking today?

Boris Johnson and Rishi Sunak will address the nation at a press conference at 4pm today, October 22.

What did Rishi Sunak announce in his speech at 11.30am?

This will pay even more wages to save the nation's boozers and restaurants, which will cost billions of pounds more.

The Chancellor unveiled new support for businesses to help them keep on staff by paying a larger chunk of their wages.

He's also boosted grants for restaurants and pubs, which can stay open but are being hit hard by the curfew and household mixing bans.

In his fourth economic statement in a month, he told MPs this morning he would make the new Job Support Scheme far more generous for firms that are able to stay open by increasing support from the state.

At the moment only businesses in Tier 3 which are ordered to shut – such as pubs which do not serve food – are allowed to claim up to two thirds of their staff's unworked wages under a local furlough scheme.

But now the programme, starting from November 1, will allow every business across the country still operating to get similar help. 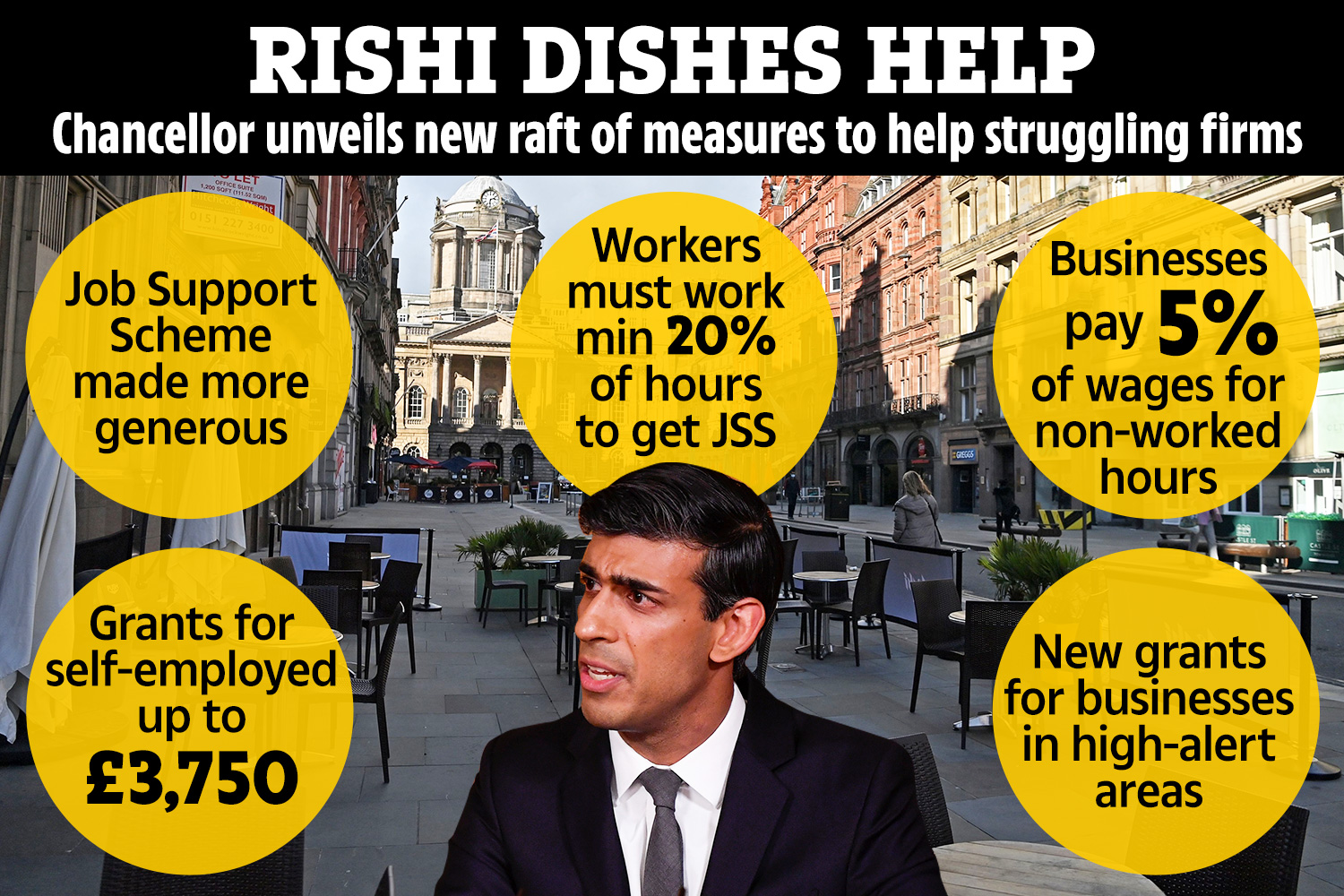 Employees only need to work 20 per cent of their hours rather than a third, which will be a huge relief for employers.

Firms will have to pay just five per cent of unworked hours on top of the hours that their staff are working anyway.

And he revealed huge new grants of up to £2,100 for hospitality businesses which remain open in Tier 2 and 3 which face the toughest restrictions.

These can be backdated until August as many have been under fresh rules for months.

Firms can already claim up to £1,500 every two weeks if they are ordered to shut. 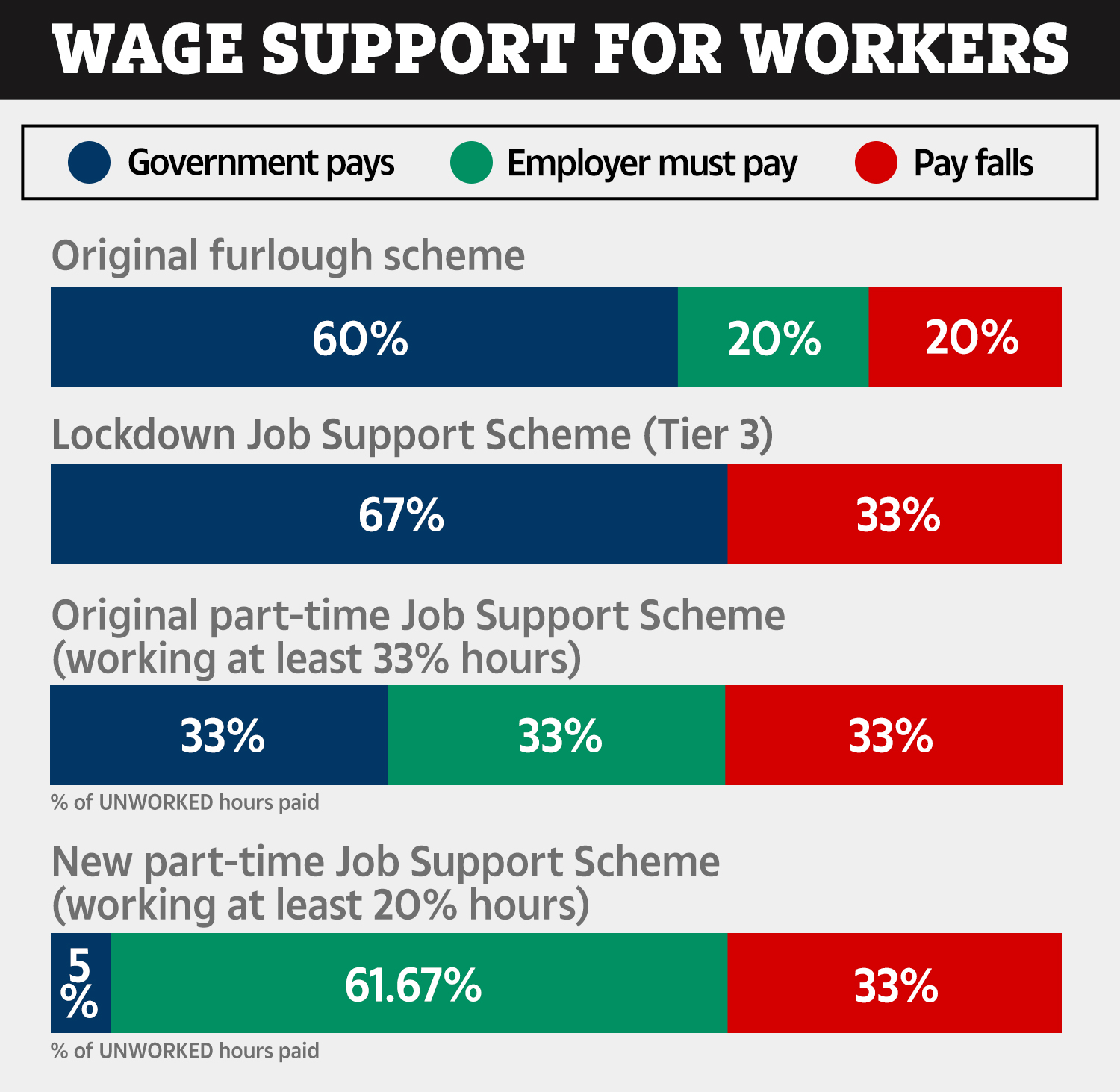 How can I watch the announcement live?

The announcement will be shown live on BBC News and Sky News.

It is the second press conference Mr Johnson has delivered this week, ahead of Tier 3 lockdown measures coming into force in Greater Manchester and South Yorkshire.

Mr Johnson has warned: "This winter is not going to be easy but I am certain that the people of northern England will confront this crisis with the fortitude and selflessness we have seen throughout."

This afternoon's announcement is just ten days after Mr Sunak last addressed the nation with the PM in Downing Street.

The pair will be joined by chief scientific adviser Sir Patrick Vallance.

Mr Sunak delivered another financial statement in the Commons today after local authorities lashed out at ministers for plunging them into further lockdown measures without extra financial aid.