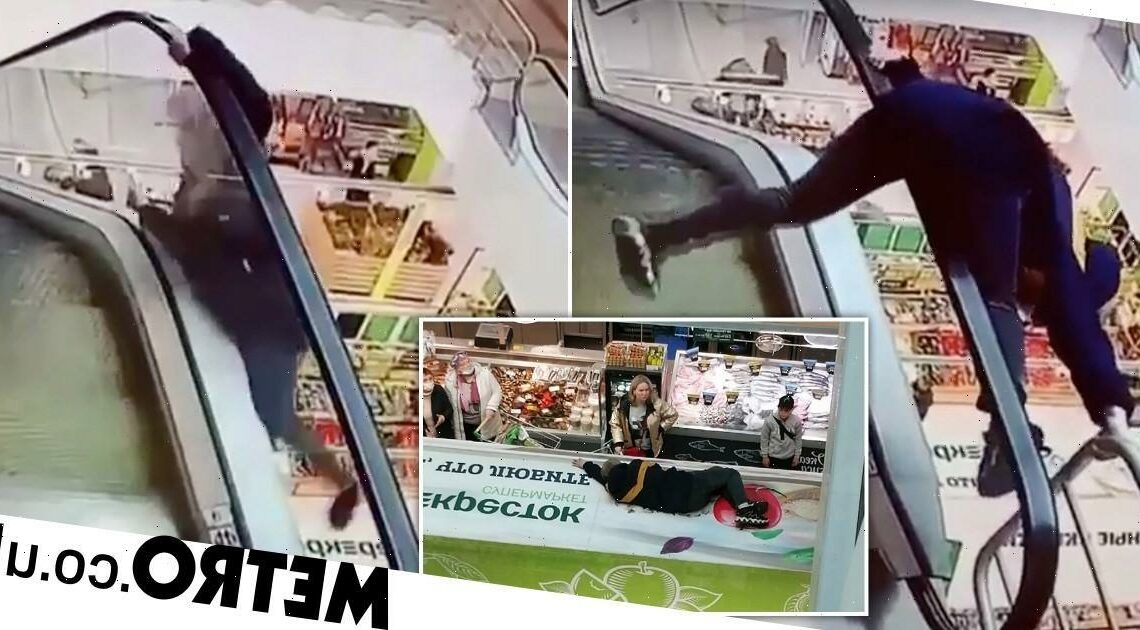 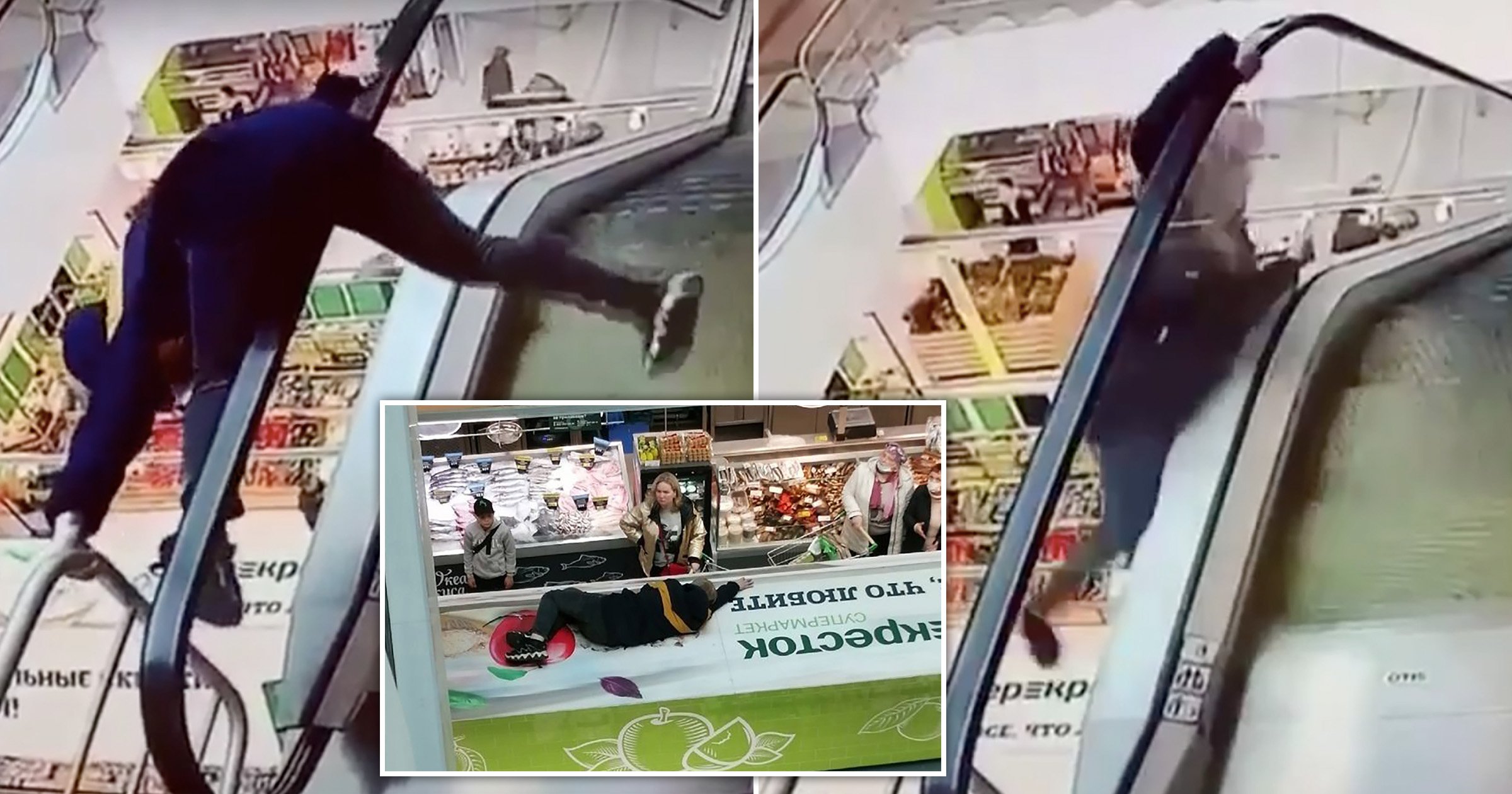 A boy, 12, fell 40ft after being pulled over the top of the escalator at a shopping centre.

The youngster was allegedly ‘trying to ride on the rail’ when his coat got jammed in the mechanism and he was dragged over the edge.

He fell from the third floor to the ground floor in Tver, near Moscow.

Witnesses say he was ‘screaming in pain’ after breaking his leg but was lucky to escape without more serious injuries.

The boy was saved from being critically hurt by landing on the roof of a fruit and vegetable stall, part of a grocery store, which cushioned his fall.

Witnesses said he had been riding the escalator railing, but fell as he attempted a stunt.

Others said he had been pulled over the edge after his jacket got caught in the escalator mechanism.

Witness Svetlana said: ‘I work there. I saw the boy. It was awful, but he was lucky that he fell on the roof of that stall.

‘Whenever will they stop riding on the railings? I think he was lucky to only have his leg broken.

‘He was yelling from pain when rescuers were taking him out on a stretcher. His mother must be so shocked.’

‘As a result of the fall, the boy suffered a broken leg,’ said the Russian Investigative Committee.

He is recovering in hospital. Checks are underway into possible safety breaches at the Olymp mall.

The boy’s parents also face questioning on whether they were fulfilling their duties in supervising him.