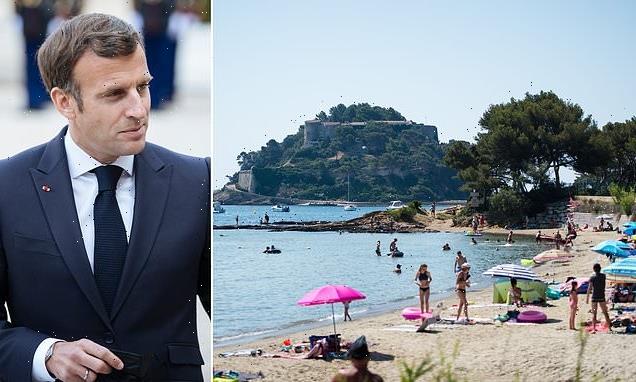 British tourists will be welcome in France from June 9 as long as they have proof of vaccination or a negative test.

The announcement by president Emmanuel Macron comes as a study finds much of Europe could safely be put on the travel ‘green list’ this summer.

Under France’s reopening, restrictions on cafes and restaurants will be lifted gradually with a return to near-normal by June 30.

The Yale University research showed restarting quarantine-free travel to popular destinations such as Spain, Portugal and Greece would not increase infection rates.

And hospitalisations would only increase by about six a day if travel was restarted with up to 31 European countries. 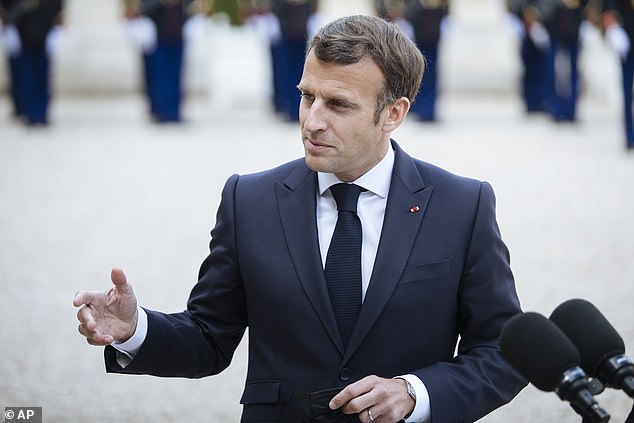 There are currently around 124 daily hospitalisations in England.

Johan Lundgren, boss of easyJet which commissioned the study, said: ‘Based on the results of this ground-breaking research, and applying the principles set out in the roadmap set out by the Prime Minister, easyJet can demonstrate that it is safe to put much of Europe on the green list.

‘This is because the analysis not only shows that travel from several European countries, including popular holiday destinations like Spain, Portugal and Greece, would not affect the UK case rate.

‘But even more importantly, that travel to and from Europe would have very little impact on hospitalisations in the UK.’

He stressed that countries with worrying new variants should remain subject to strict measures such as quarantine.

The study is due to be submitted for peer review shortly. Countries’ ratings as green, amber and red will be set out by May 10.

Trevor Lawrence goes to Jacksonville Jaguars with No. 1 pick in 2021 NFL Draft

‘Grey’s Anatomy’: Will Jackson Avery Leave When April Kepner Comes Back in Season 17? This Theory Will Make You Think Twice
Recent Posts