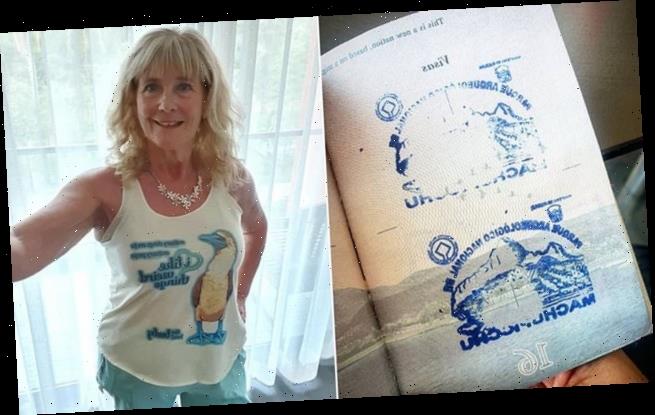 British traveller blocked from flight to Thailand due to stamps

British traveller is blocked from boarding a flight to Thailand and left £1,000 out of pocket because of novelty stamps on her passport

A British woman has been left £1,000 out of pocket after she was stopped from boarding a flight to Thailand because of novelty stamps in her passport.

Tina Sibley was halted at the boarding gate by Qatar Airways staff that insisted the celebratory stamps from her visit to Machu Picchu made the document invalid.

But, when she went to British officials, they told her the claims were ‘rubbish’ and, as her passport was still valid, they could not issue a replacement.

After many phone calls and wrangling with staff she was finally allowed to board a flight – but only after paying a further £525 to Qatar Airways and getting an emergency passport.

Ms Sibley was heading to Thailand for a wedding and arrived in the country two days behind schedule. 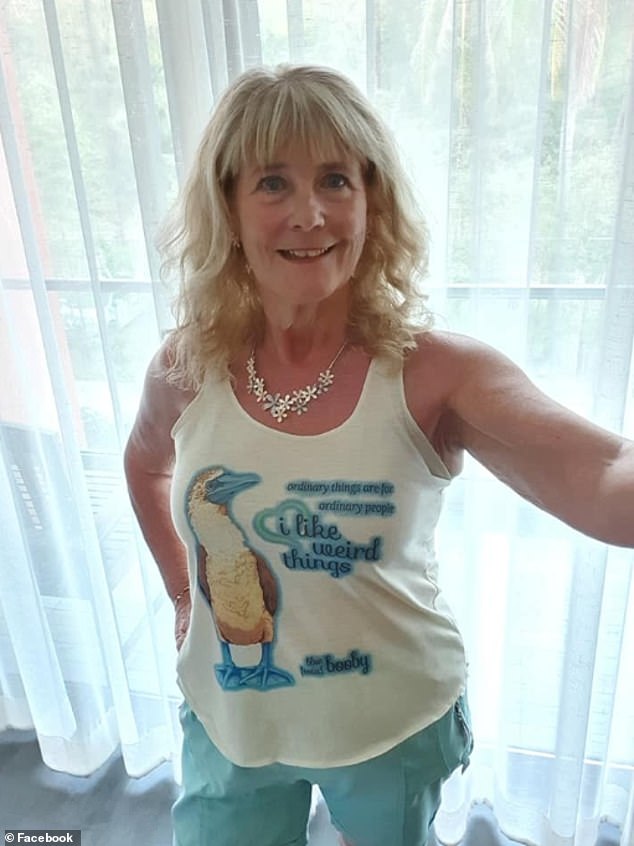 Tina Sibley was halted at the boarding gate in Madrid by Qatar Airways officials. They said she couldn’t travel as two stamps from Machu Picchu in her passport made it invalid 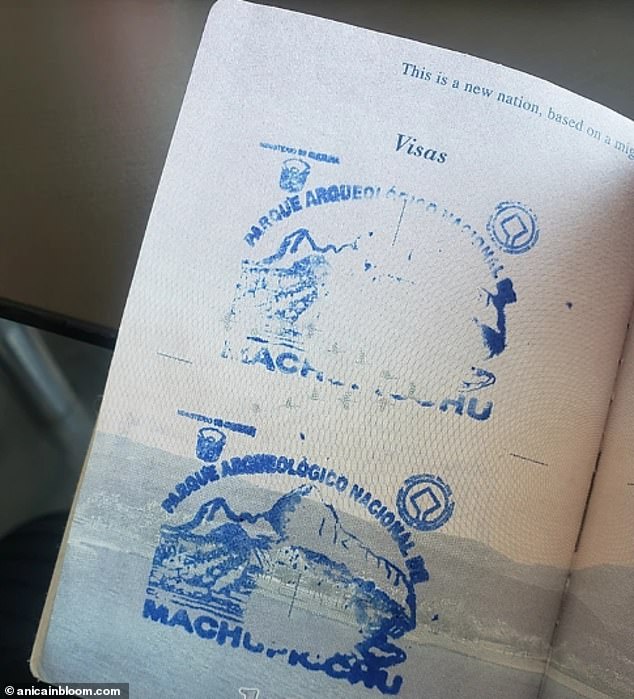 Two Machu Picchu stamps, like those Ms Sibley had, in an American woman’s passport. She was held for two days in Malaysia because of the stamps

She told The Independent that she thought the airline’s staff were ‘having a laugh’ when they blocked her from boarding the plane. ‘But apparently not. Eventually I had to give up on my flight and get a hotel,’ she said.

Ms Sibley, who lives in Spain, had been trying to fly from Madrid to Phuket via Doha. After she was bumped off her flight, the next day she went to the British Embassy, which said she was still clear to travel.

She returned to Madrid airport and found the Qatar Airways desk closed. She called the airline and, several hours later, they told her she would still need a new passport.

She returned to the British Embassy, but that was closed. Eventually, however, she got through to an official who told her she could pick up an emergency passport the next morning.

Posting after she finally reached Phuket on February 28, Ms Sibley said: ‘Finally! I’m here – no issues at immigration apart from having to explain my emergency passport.

‘No issues with customs. And the accommodation has been sorted!

‘Now to find the others and have a drink! I cannot tell you guys how relieved I am! And thank you all so much for rooting for me!’ 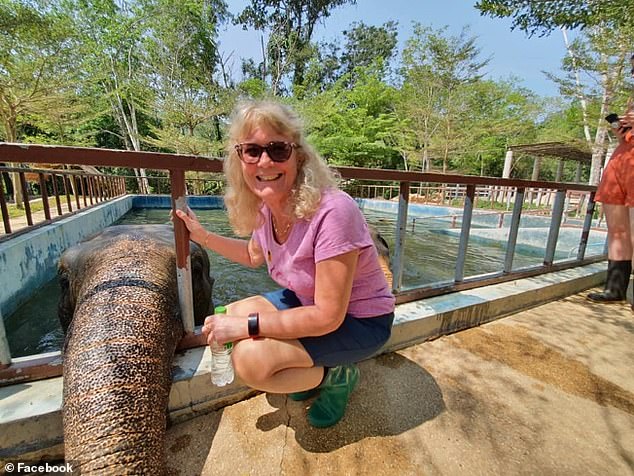 Ms Sibley was eventually issued with an emergency passport and allowed to travel to Thailand. She had been trying to attend a wedding (Pictured above at an elephant sanctuary in Phuket) 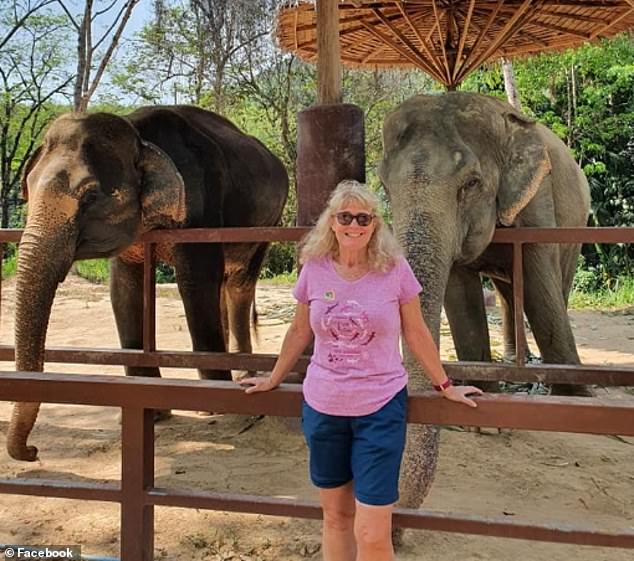 The next day she attended the wedding in Thailand and wrote: ‘Most beautiful wedding! I am so glad I made it!’

Information on the Foreign Office website warns that damaged passports or those with pages missing are usually rejected by Thai authorities, but it does not mention stamps.

An American woman was held for two days at Kuala Lumpur airport, Malaysia, after she arrived with two Machu Picchu stamps in her passport.

‘I got in line at Passport Control just as I normally do,’ the victim wrote on social media. ‘The woman thumbed through it, checking my stamps from various countries and stopped on a page which had two novelty stamps from Machu Picchu.

‘She laughed and called another woman over who also laughed and then signalled a uniformed officer to come over. 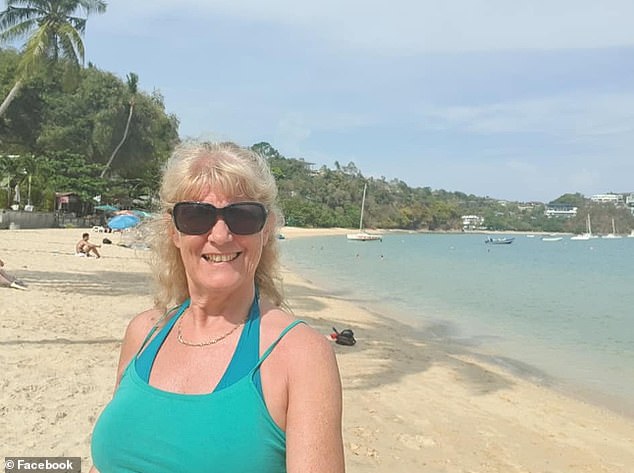 She is pictured above enjoying the sunsoaked beach in Phuket, Thailand, this week

‘He said: “You can’t have this here. This is an official document, not a toy”.’

She was eventually sent back to Ho Chi Minh city, Vietnam, which said they were told by Malay authorities that her passport had been ‘damaged’.

MailOnline has contacted Qatar Airways and the British Embassy for comment.

Knicks hammered by Thunder in latest MSG beatdown
Kim Kardashian Shares Sweet Video of the Fort Her Kids Made — and They’re All Inside!
Recent Posts