Home » World News » Cage fighter GUILTY of murdering his teacher ex-girlfriend, 47, after she 'had affair with boy, 15' 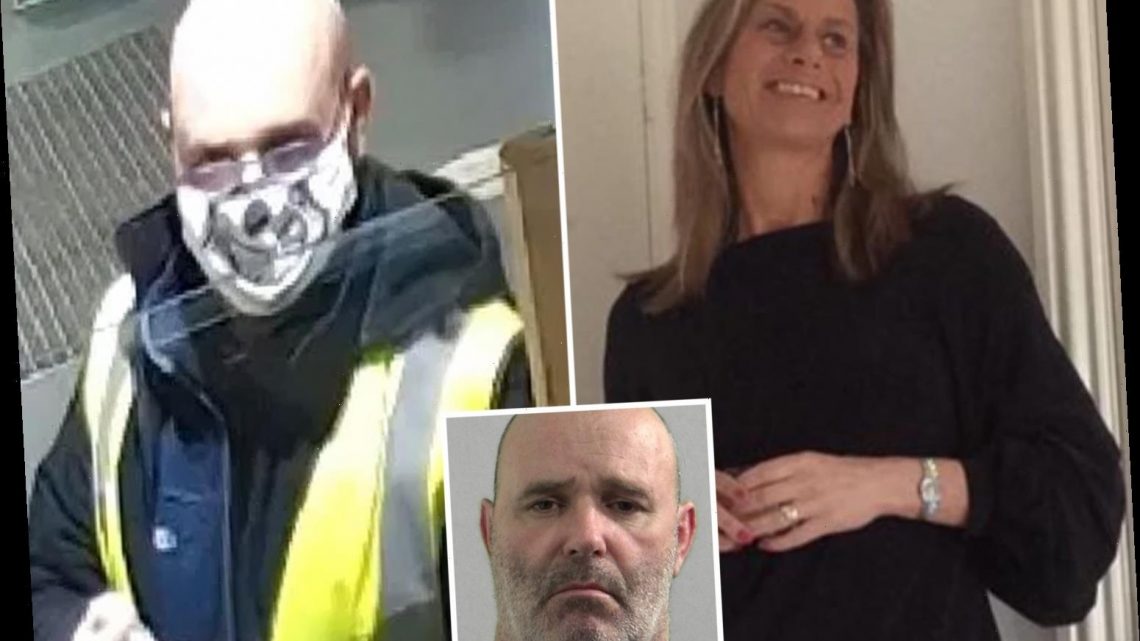 Cage fighter GUILTY of murdering his teacher ex-girlfriend, 47, after she 'had affair with boy, 15'

A CAGE fighter is facing life in jail for blackmailing and then murdering his ex after discovering she was having sex with a boy of 15. 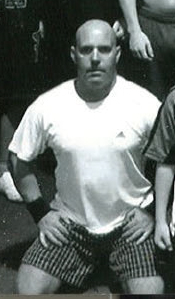 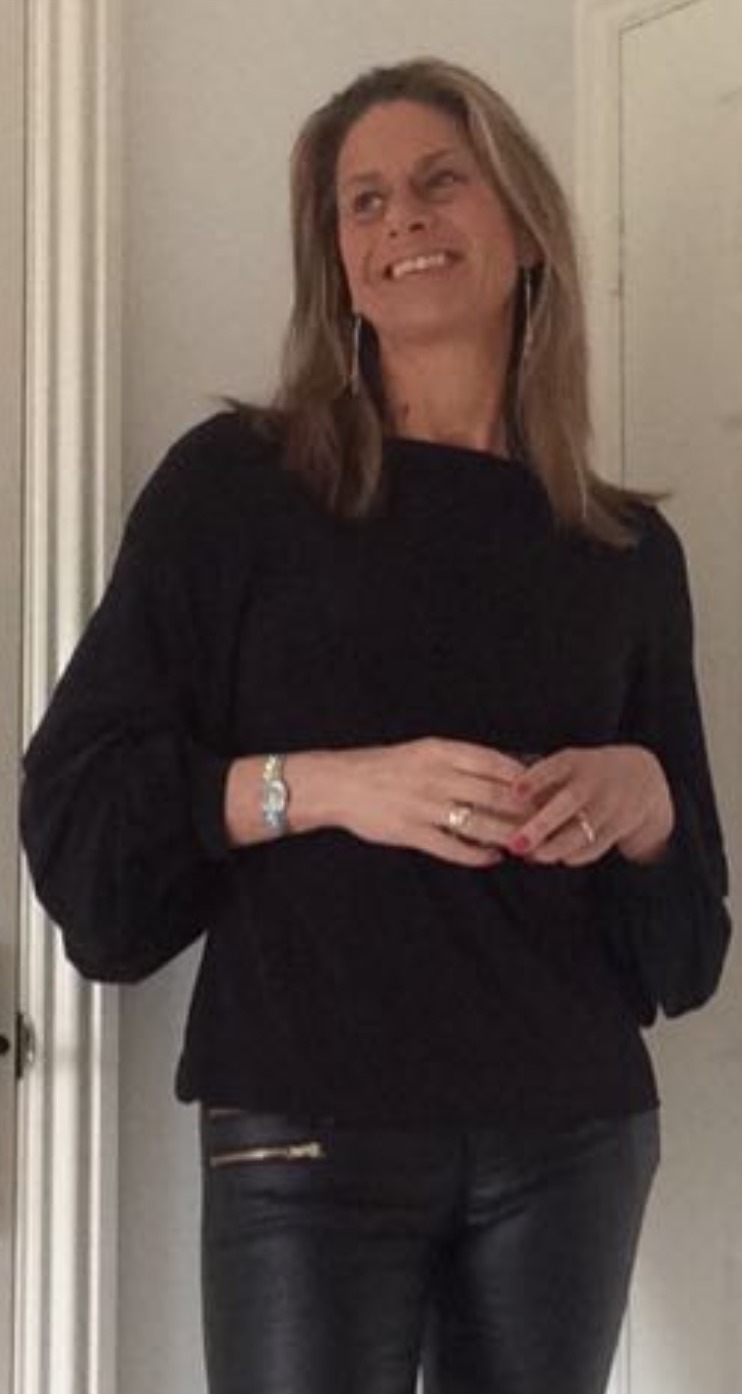 He was also found guilty of trying to kill the teenager and of blackmailing Caroline, 47, over her illicit relationship with the child.

Robson showed no reaction when the verdicts were read out. He will be sentenced tomorrow.

Robson had an on-off relationship with former prison teacher Caroline Kayll which stretched over 15 years.

But when he discovered she had been sleeping with the teen he began blackmailing her.

He demanded £35,000 and threatened to “ruin her” professionally and personally if she didn’t cough up.

She used her life savings to hand over £29,000 but vicious brute Robson hatched a plan to wreak even more violent revenge.

He drove 150 miles from Glasgow to her home in Linton, Northumberland, where he subjected her and the lad to a horrific ordeal.

Robson used a meat cleaver, scissors and kitchen knife to repeatedly stab them both and cut off Caroline’s hair.

He stamped on her head and neck and slashed her across the buttocks and neck before going on the run. 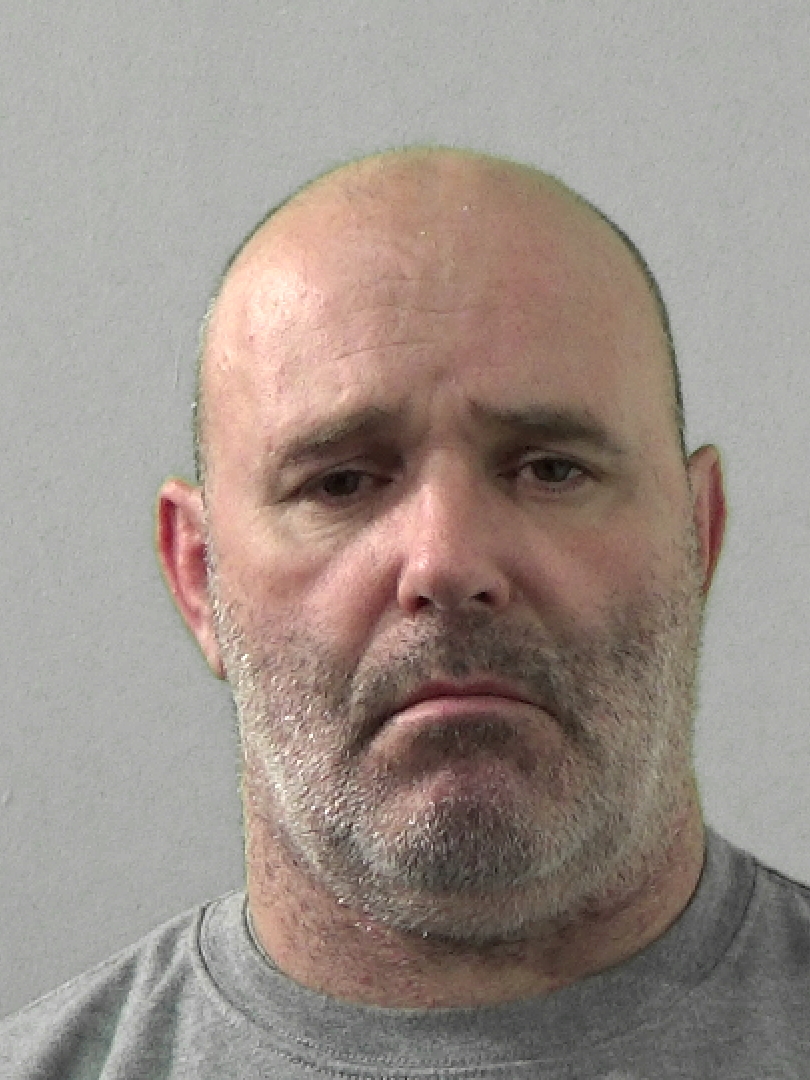 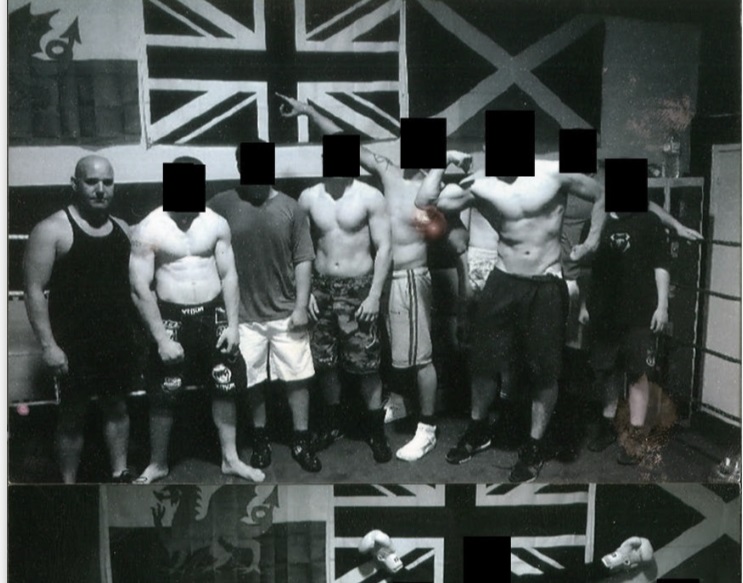 Caroline was kept alive on a life support machine but died 36 hours later.

The boy suffered 45 injuries but recovered after emergency surgery.

Convicted burglar and drug dealer Robson – described as a “cruel and calculating coward” in court – was later arrested in Scotland.

Prosecutor Nicholas Lumley QC told the trial at Newcastle crown court: “The defendant was a well built and powerful man. He decided he was going to confront Caroline that night.

“Before he did so he went to Homebase and bought two bottles of ammonia, a pack of screwdrivers, a pair of pliers and adjustable wrench.

“Those items and a locksmith device he bought shows he was prepared to use force to enter her home and he planned to use the ammonia as well.

“Caroline and the boy were attacked and viciously so.

“As he left her for dead he paused to take her phone and also took the boy’s phone leaving them with no means of calling for help – the actions of a vindictive man.” 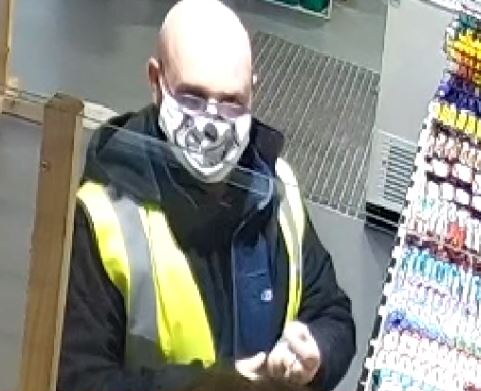 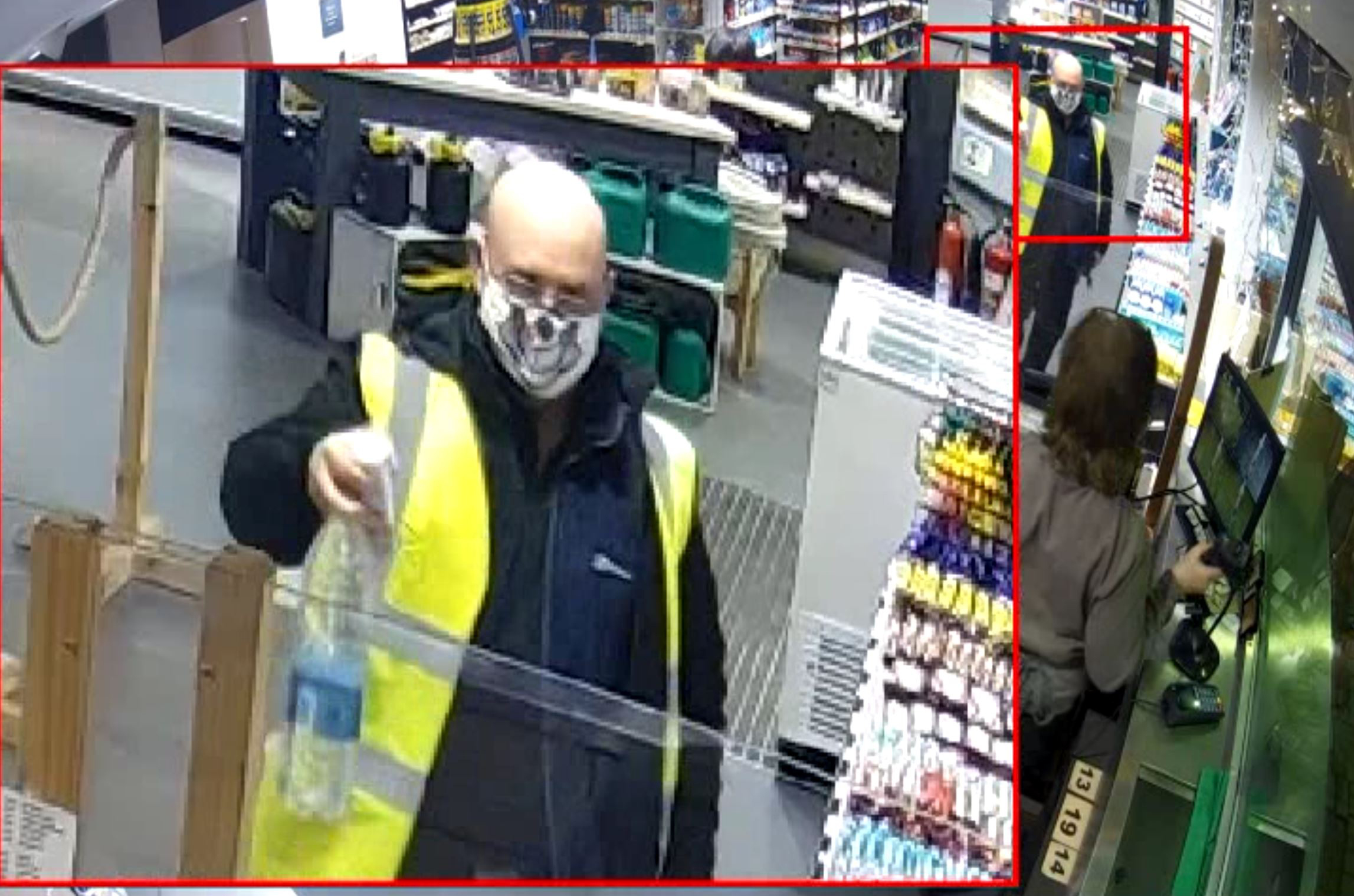 Caroline, a keen horse rider who had previously been a cop and a social worker, met Robson while working as a physical education instructor at HMP Northumberland where he was serving a sentence and where her husband Ian Kayll was a prison manager.

Robson told the trial their relationship started in 2005 and spanned two sentences and 15 years.

Caroline and her husband separated in 2018 with Mr Kayll still unaware she was involved with Robson.

He was released from prison in the autumn of 2018 and a year later moved in with Caroline at her home in Linton, Northumberland.

But in the autumn of 2020 their relationship hit the rocks. They split in late September, got back together briefly and then separated again.

Robson then discovered that Caroline, by now working as a teacher at a school, had begun a relationship with the teenager, who can’t be named for legal reasons. 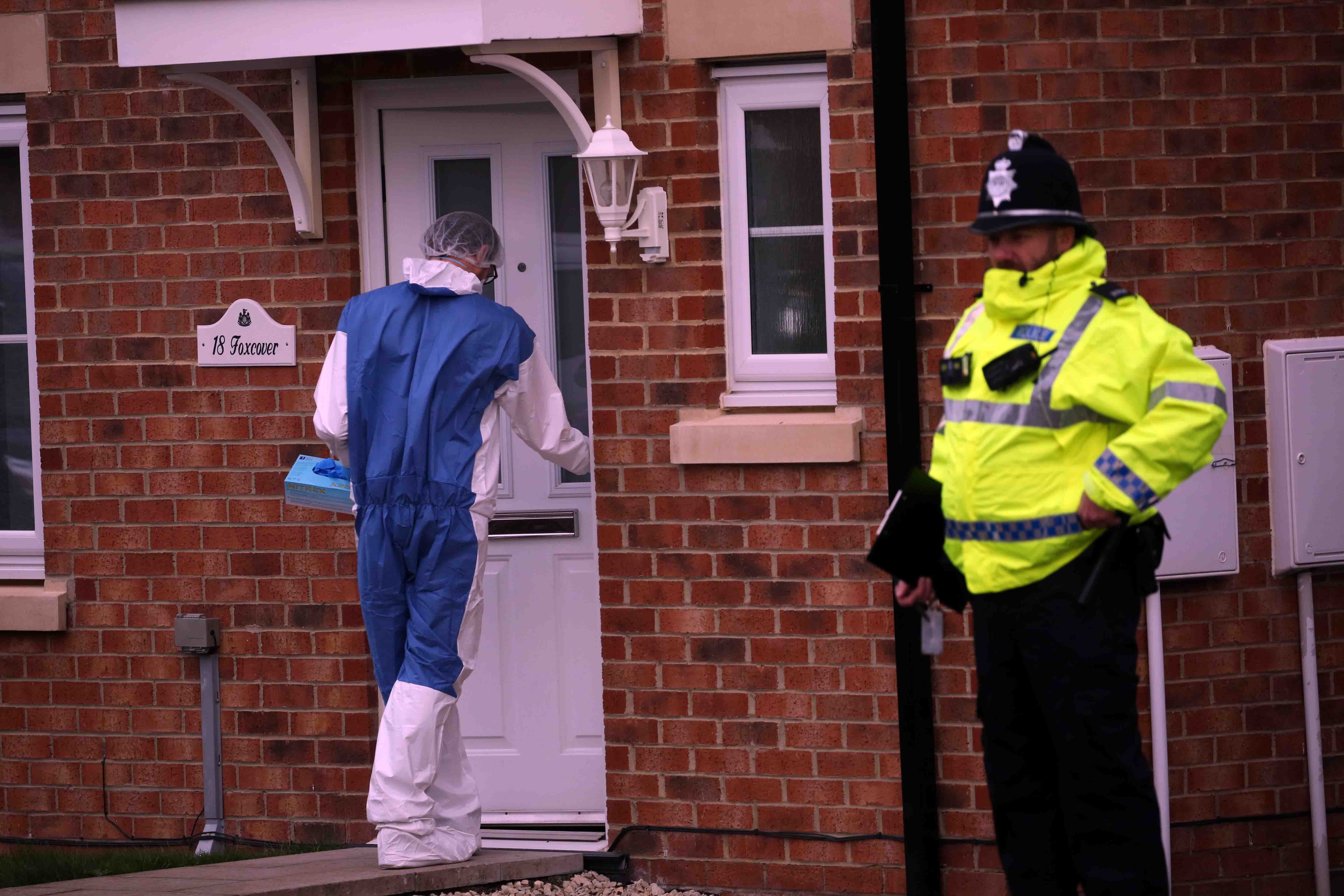 On November 15 he drove from Glasgow, where he was staying with a friend, to Linton where CCTV caught him “prowling and snooping” around Caroline’s house.

He entered the house by some rear patio doors and brutally attacked Caroline.

He then went upstairs and assaulted the lad leaving him with 45 injuries and covered in blood.

The lad told the jury: “He gets scissors and comes into the room and he was on my back, not saying anything.

“I said: ‘Whoah, what’s it about?’ but he was on my back, he’s canny heavy, he took hold of my shoulders and stabbed me. He’s holding me with one hand, stabbing me with the other.

“I was fighting with him, I was saying ‘whoah’. He gets up and says: ‘Don’t move or I’ll kill you’ and he came back with bigger blade, a 7in blade, I have seen it in the kitchen drawer.

“He stabbed me in the back and stabbed me a few times in the struggle.”

Robson, of Wallsend, North Tyneside, was arrested in Glasgow the day after Caroline’s life support machine was turned off.

He was convicted of murder, attempted murder and blackmail.

Raised fists, kneeling during anthem OK at US Olympic trials