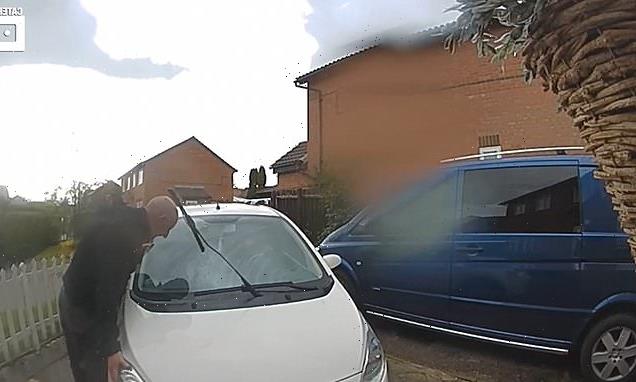 ‘Take the brakes off!’ Doorbell camera catches the moment horrified woman runs over her father’s foot in her car

This is the moment a daughter accidentally ran over her father’s foot while pulling into the family driveway.

In footage captured by the doorbell camera, Niamh Taylor can be seen arriving in her small white car as her dad comes out to greet her.

But after initially stopping, the car then jolts forward as her father is standing just in front of the passenger-side wheel.

He lets out a quiet scream while looking in shock as the wheel remains on his foot, before shouting ‘Ah Jesus!’

Niamh turns the car back on as her father tells her to ‘take the breaks off’ and ‘keep it rolling.’

The horrified daughter uploaded the video to TikTok under the username @niamhtaylor32.

She captioned the video: ‘When the ring doorbell catches you running over your dad’s foot.’

The clip has been liked by more than 231,000 people and has received thousands of comments.

‘You know it hurts when you can’t even shout right,’ wrote one, referencing the quiet gasp the father initially lets out. 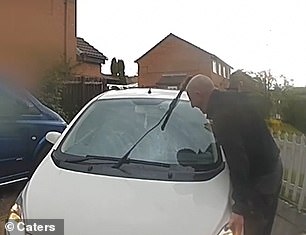 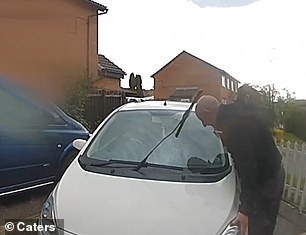 ‘Ah Jesus!’: A father shouts after his daughter runs over his foot before telling her to roll the car forward, with the whole incident caught on the family’s doorbell camera

Another said: ‘He instantly regrets that he bought that car for you.’

Others questioned why the daughter drove forward, as her father instructed, and did not reverse.

‘He didn’t even tell his kid to reverse, not so bright lad,’ one viewer said.

Another added: ‘Why didn’t you just reverse it? Some people really don’t have common sense.’

As Melbourne slept, COVID partied hard. And the hangover was a doozy
Recent Posts