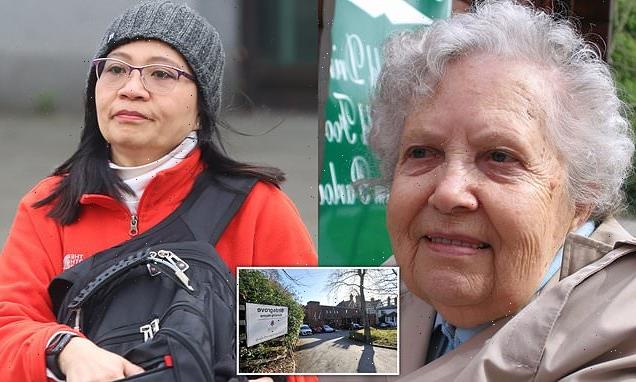 Care home bosses are fined more than £1m over corporate killing of dementia sufferer, 93, in bath of scalding hot water

The owners of a care home whose negligence caused the death of a 93-year-old dementia sufferer after she was placed in a bath of scalding hot water were today fined more than £1 million.

Frances Norris died several days after being immersed in the hot water at the now-closed Birdsgrove care home in Bracknell, Berks., in 2015.

Investigators found that the water temperature had not been properly checked and that Mrs Norris suffered severe burns to her legs and feet.

Thames Valley Police said the 93-year-old was only hospitalised after a lengthy delay where she later died as a result of her injuries.

The force also said that the company took efforts to cover up their negligence, providing falsified documents to officers investigating the tragedy.

The owners of the home, Aster Healthcare Ltd, were charged with corporate manslaughter following an investigation by police and Health and Safety Executive staff. 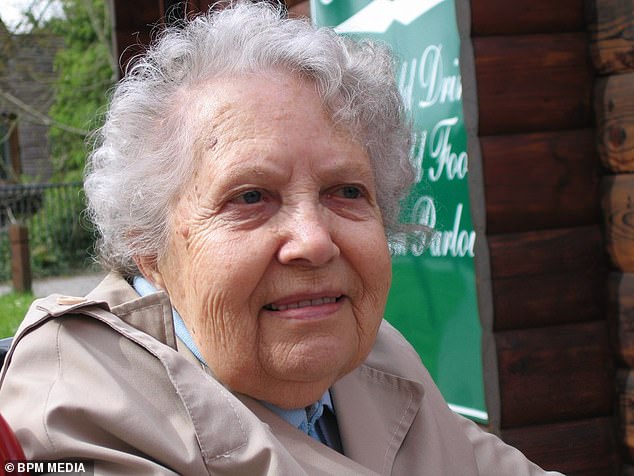 Following the sentencing of Aster Healthcare Ltd, Noel Maida and Elizabeth West over the death of Frances Norris, her family paid tribute to her.

In a statement they said: ‘Mum will always be someone special to us, a woman who lived through the Second World War, who left school at 14 years to support her own mother in caring for her eight brothers and three sisters.

‘Mum was warm, generous and kindhearted.

‘She was always an independent person, happy with the simple things in life, never wanting much.

‘She was stoical and just got on with things. She never complained, even when ill, which was not very often.

‘Sadly dementia slowly robbed her of her independence until in the later stages of her life she became fully reliant on people to care for her.

‘That trust was shattered when she died at the hands of the care staff at Birdsgrove Nursing Home who were there to look after her and keep her safe.

‘After 6.5 years we have got finally got some justice for Mum although it will never compensate for our loss.

‘Mum was always a private person, never wanting people to know her business and we would like to keep it that way out of respect for her.’

They admitted the charge when they appeared at the Royal Courts of Justice in London on Wednesday.

Today, the sentencing concluded with the huge fine of £1.04m against the company and suspended prison sentences for the manager of the home and one of the staff who supervised Mrs Norris’ bathtime.

Aster Healthcare Ltd, of Walton-on-Thames, Surrey was fined £1.04 million to be paid over three years.

As part of the sentencing, a Publicity Order was made under Section 10 of the Corporate Manslaughter and Corporate Homicide Act 2007 which means the conviction will appear in the Health Service Journal and the Nursing Times’ Notification and will also appear on the company website.

The company pleaded guilty on Wednesday to one count of corporate manslaughter contrary to section 1(1) of the Corporate Manslaughter and Corporate Homicide Act 2007.

Noel Maida, aged 50 years, of Fairey Avenue, Hayes, west London, who was a senior carer at the nursing home, was sentenced to 16 weeks’ custody suspended for 18 months.

Elizabeth West, aged 46 years, of Middle Field, Pembury, who was Care Home Manager of the nursing home, was sentenced to nine months’ custody suspended for 18 months.

Both admitted one count of failure to discharge a duty under health and safety regulations.

Thames Valley Police, who led the investigation with the Health and Safety Executive, said that on Thursday February 5 2015, Frances Norris, aged 93 years, had been a resident at Birdsgrove Nursing Home owned by Southern Counties Care Limited, a subsidiary of Aster Healthcare Limited, for more than two years.

She was given a bath by two of the carers who worked at the home, one being Noel Maida working with an inexperienced carer. 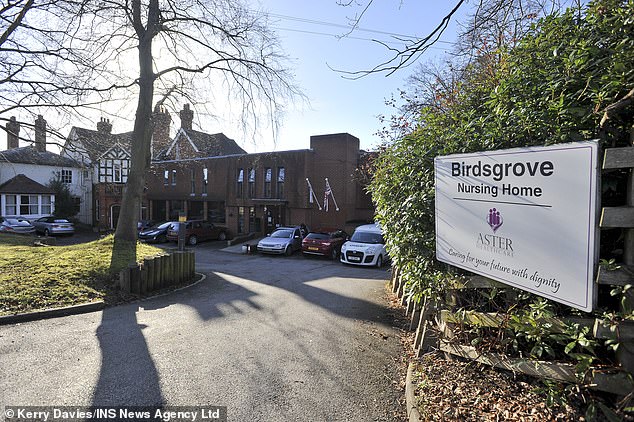 The care home, which is now closed, did not have proper checks or equipment in place to ensure that residents were not at risk of unsafe water temperatures, investigators have said

In a statement released after sentencing, the force said: ‘The temperature of the bath had not been checked properly and more hot water was added to the bath whilst Frances was sat in it.

‘The temperature of the water resulted in Frances sustaining serious burns to both her lower legs and feet, which covered 12 per cent of the surface of her body.

‘After a lengthy delay, Frances was hospitalised and subsequently died of bronchopneumonia at Chelsea and Westminster Hospital on Sunday February 8 2015, which was the direct result of the burns she had suffered.’

Police launched an investigation into this incident in conjunction with the health and safety watchdog and found that there was no proper bathing policy in place and the staff at Birdsgrove Nursing Home were not adequately trained to provide a sufficient level of care for the residents.

The force added: ‘It was also established that there had been a longstanding problem with regulating the hot water supply and Aster Healthcare Ltd had not followed the available guidance for the safe provision of hot water.

‘The bath in question was not fitted with the correct type of thermostatic mixing valve; further, the one that was fitted had not been serviced, and was not working properly.’ 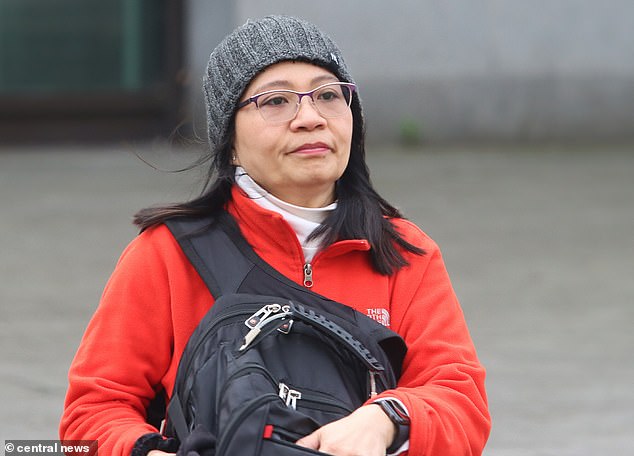 Thermostatic mixing valves enable water to be emitted at a safe temperature and when accompanied by manual checks by carers would have significantly reduced the risk of harm to the residents, investigators say.

Thames Valley Police continued: ‘Through meticulous examination of company records, documents and emails between employees, Elizabeth West as Care Home Manager, the Director of Aster Healthcare Ltd and numerous third party agencies, it was found that the issues within Birdsgrove Nursing Home were well known by the senior management.

‘It was established that they provided false documents to the police and partner agencies in an attempt to mislead the investigation. Birdsgrove Nursing Home was closed in 2016.’

Senior Investigating Officer, Detective Inspector Sally Spencer, of the Major Crime Unit, said: ‘Mrs Norris was a vulnerable lady who relied upon others to help her with every aspect of her daily routine.

‘She should never have been placed at such risk of receiving these scald injuries leading to her death.

‘The level of care she received before and immediately after being injured was not acceptable. Mrs Norris and her family deserved more from the people and company assigned with providing that level of care.

‘Aster Healthcare Ltd, Elizabeth West and Noel Maida were all responsible for providing a care service for Mrs Norris and were themselves experienced within the care industry.

‘The simplest of tasks caused a fatality that if all of them had taken appropriate steps, could have been avoided.

‘I am pleased that the defendants pleaded guilty before the trial. This has at least saved Mrs Norris’s family from further stress and anxiety that would inevitably have caused. I hope that today they finally begin to have some closure from this tragedy’.

Queen Maxima of the Netherlands ‘a ray of sunshine’ in latest appearance – ‘spectacular!’
Recent Posts