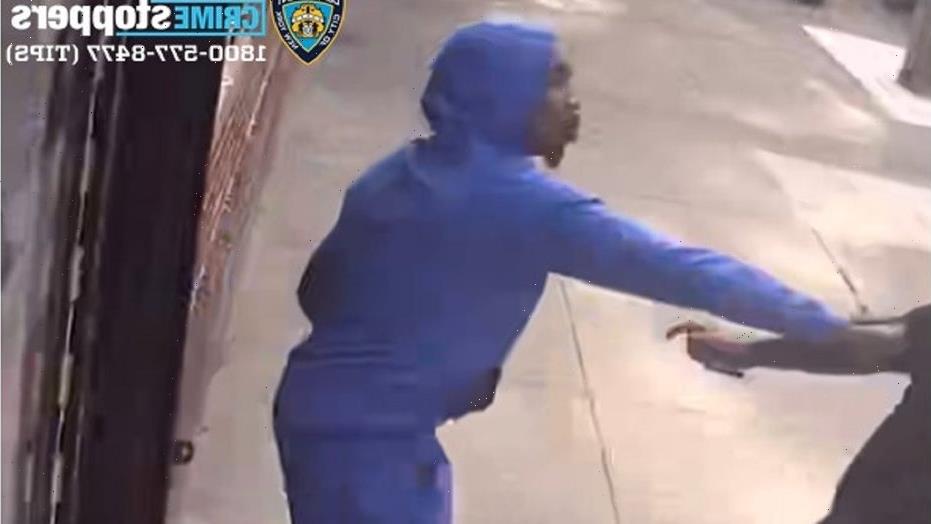 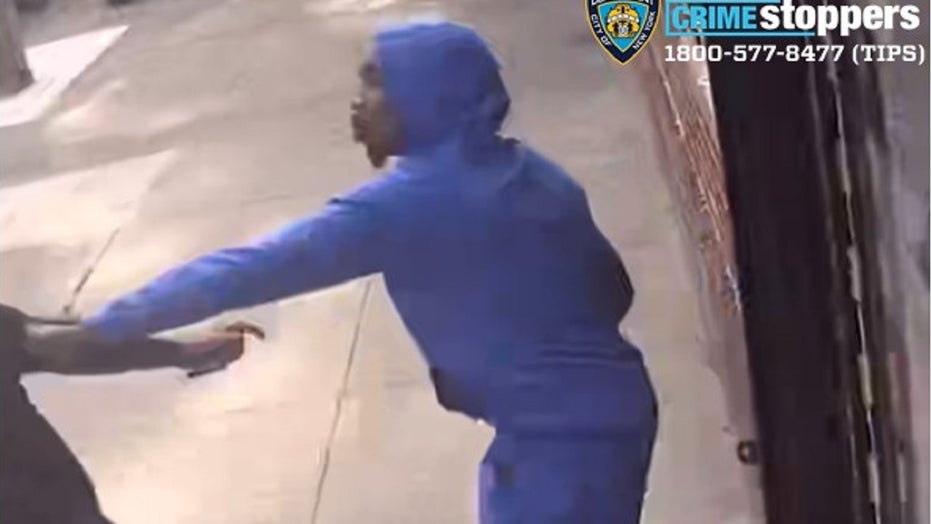 A man in New York City was stabbed in the face and abdomen during a caught-on-camera broad daylight attack, police said Tuesday.

The 25-year-old victim was standing on the sidewalk along Hegeman Avenue in Brooklyn at about 5:20 p.m. Saturday when a man wearing a blue hooded sweatshirt attacked him with a sharp object, according to a video and information released by the New York Police Department on Tuesday. Police said the victim did not know his attacker.

The shocking footage shows the suspect approaching with his right hand in his pocket, then pulling it out and charging the victim, who was carrying a pizza box, in front of passersby and bystanders in front of the store.

He jabs the sharp object in the victim’s face, causing the man to lean over as his attacker grabs him again and continues his violent assault. The victim is seen in the footage trying to fight back.

Police are still looking for the suspect, who fled from the area after the attack. The wounded man was taken to an area hospital in fair condition.