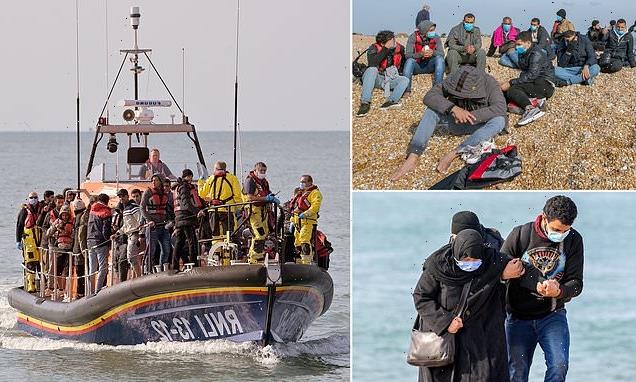 More than 1,100 migrants in 21 boats arrived on Britain’s shores yesterday – the third highest daily figure this year as 2020 total soars past 31,000

More than 1,000 people crossed the English Channel in small boats the day after the total for the year exceeded 30,000, according to Government figures.

The Ministry of Defence has confirmed that 21 boats were intercepted on Thursday carrying 1,150 people.

This is the third highest daily figure in 2022 and brings the total to have made the crossing so far this year to 31,665.

The number of arrivals this week has led officials to erect special tents at Dover, Kent, to keep migrants covered as they appear to be overflowing from existing facilities while being processed.

Scores of people were brought ashore throughout the day on Thursday with volunteer crews on RNLI lifeboats from Dover, Dungeness and Eastbourne all involved in rescuing people from dinghies mid-channel.

Some were brought to safety at Dungeness near Lydd yesterday with men, women and young children were helped down the ladder from the lifeboat. Two bewildered youngsters aged four or five wrapped in winter coats and lifejackets could be seen.

The numbers who have arrived so far this year have already far exceeded last year’s total of 28,526. 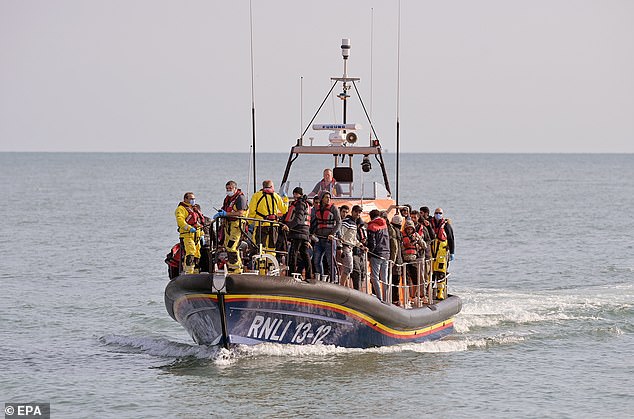 The Ministry of Defence has confirmed that 21 boats were intercepted on Thursday carrying 1,150 people 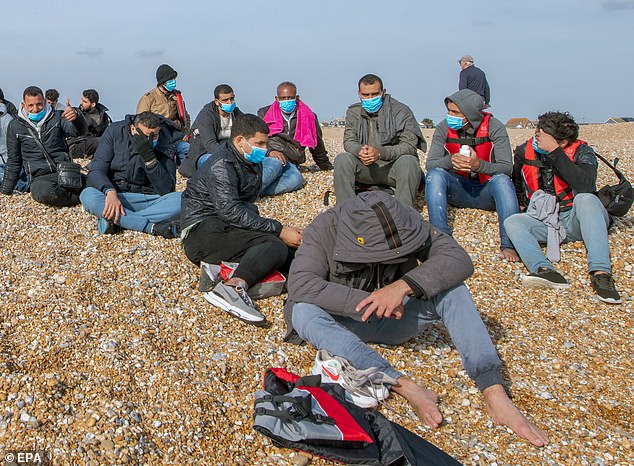 Men, women and children were brought down on ladders from the lifeboat onto the pebble shoreline

It means the number of asylum seekers brought ashore in September so far now stands at 6,625.

Windy conditions had prevented migrants from risking the treacherous journey crossing the two busiest shipping lanes in the World since September 15 when 617 asylum seekers were intercepted.

More than 400 commercial vessels including tankers and container ships use the channel shipping lanes each day.

But calmer conditions in the last few days has enabled crossings to resume.

On Wednesday more than 60 people were brought ashore by the Dungeness Lifeboat onto the beach near Lydd in Kent where they were met by immigration officials and taken on board buses to a processing centre.

Men, women and children were brought down on ladders from lifeboats onto the pebble shoreline while others were brought into the harbour at Dover.

A further 45 had to be rescued by French authorities after getting into difficulties off the Calais coast overnight between Tuesday and Wednesday.

Dover MP Natalie Elphicke said: ‘With these shocking record numbers of illegal crossings, getting the small boats crisis under control should be a key priority. 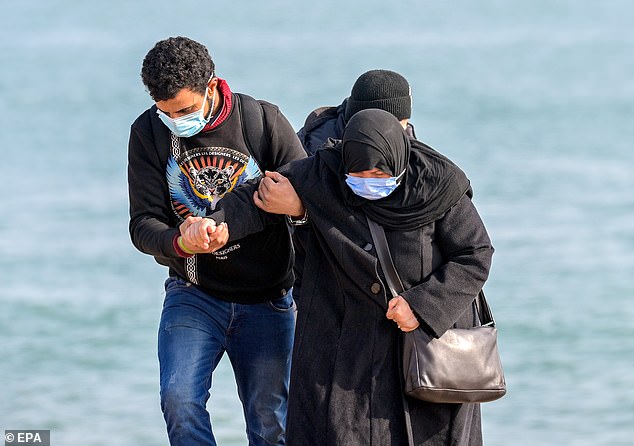 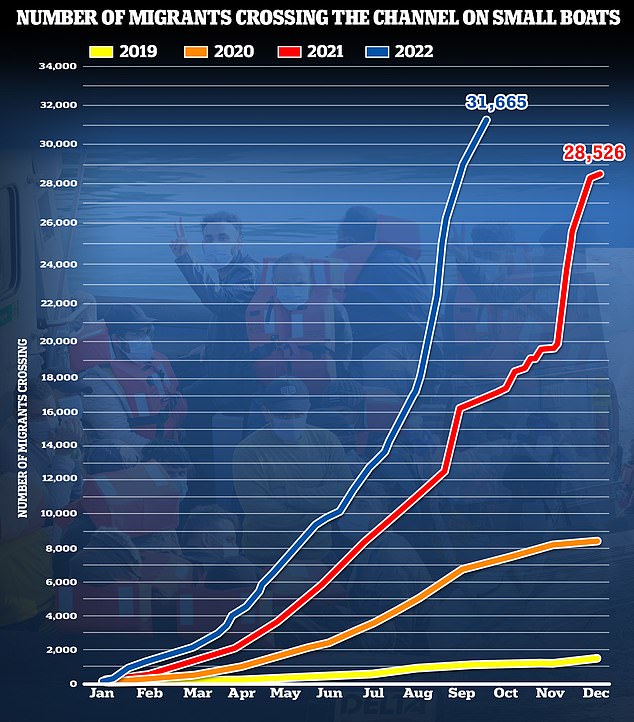 ‘With the approach of Winter, the seas will get rougher and the weather colder- inevitably the risk of further loss of life will increase. That’s why urgent action is needed to stop these dangerous crossings.’

Border Force vessels are now using a newly constructed docking station in an area of the port which was a former jetfoil terminal away from public areas. A large fence has also been put up to screen the area off from the public.

It is more than five months since then-home secretary Priti Patel announced plans to send migrants to Rwanda to try to deter people from crossing the Channel.

Since then, 26,397 people have arrived in the UK after making the journey.

On April 14, Ms Patel signed what she described as a ‘world-first’ agreement with Rwanda, under which the East African country would receive migrants deemed by the UK to have arrived ‘illegally’ and therefore inadmissible under new immigration rules.

However, the first deportation flight, due to take off on June 14, was grounded amid legal challenges.

Several asylum seekers, the Public and Commercial Services Union and charities Care4Calais, Detention Action and Asylum Aid, are embroiled in court cases with the Home Office as they challenge the legality of the policy.