CHICAGO Mayor Lori Lightfoot has declared racism a public health crisis – and will give $10million in Covid money to fight it.

The Democrat said on Thursday: "At almost every single point in our city's history, racism has taken a devastating toll on the health and wellbeing of our residents of color, especially those who are black…Ladies and gentlemen, it is literally killing us." 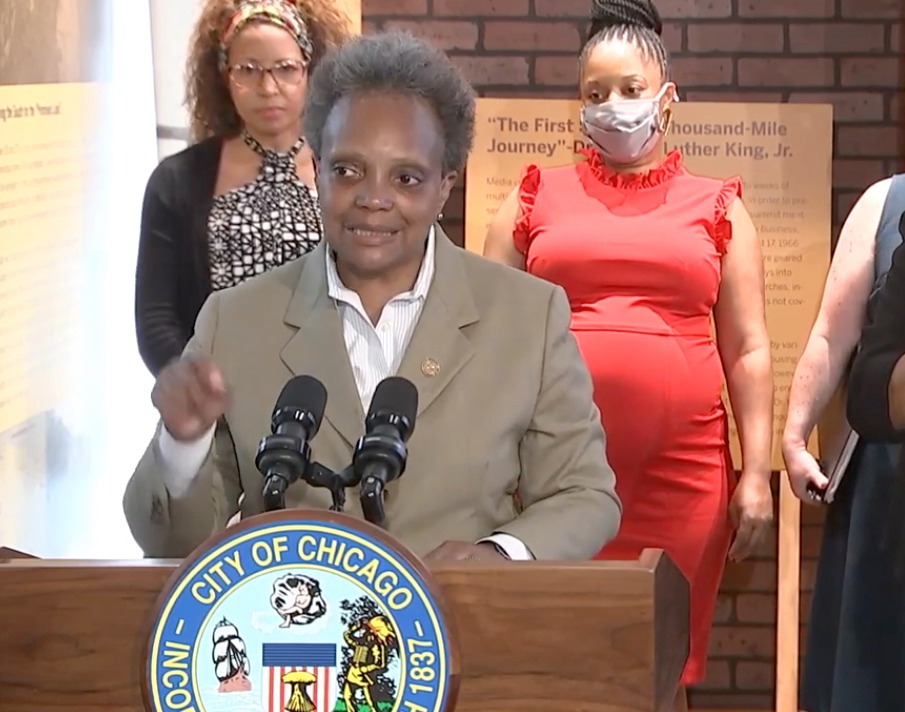 The city will allocate $9.6 million of Covid money from the CDC to set up “healthy Chicago equity zones.”

The mayor added: "When we think about racism, many of us think about its visible and audible forms.

"But the reality is, the insidious nature of systemic racism has other impacts that are every bit as deep and harmful but are often ones we can't see, like impacts on the psyche and other impacts on our bodies that are just as, if not more, deadly." 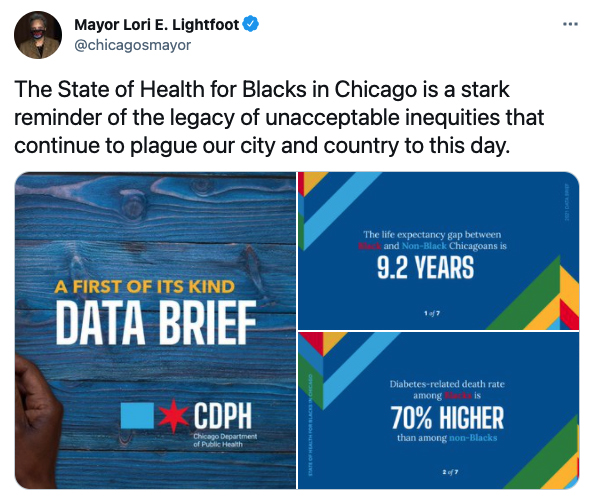 Covid "laid bare a lot of disparities", Lightfoot said, adding: "When we started looking at the disproportionate impact of Covid on communities of color in particular, there’s a straight line to the lack of access to safe, affordable, high-quality healthcare."

She added: "80 percent of health outcomes are due to social factors, including housing, safety, education, economic opportunity — every single one of which have, through our history as a nation, been impacted by systemic racism.

"That’s why we’re making this declaration today. Because we can no longer allow racism to rob our residents of the opportunity to live and lead full, healthy and happy lives.

"My parents, like so many others of their generation and other generations were indoctrinated to believe that they could never, ever be able to reach for and accomplish their dreams.

"This was and still is the case for far too many Black residents and residents of color in our city, and ladies and gentlemen, it is literally killing us here in Chicago." 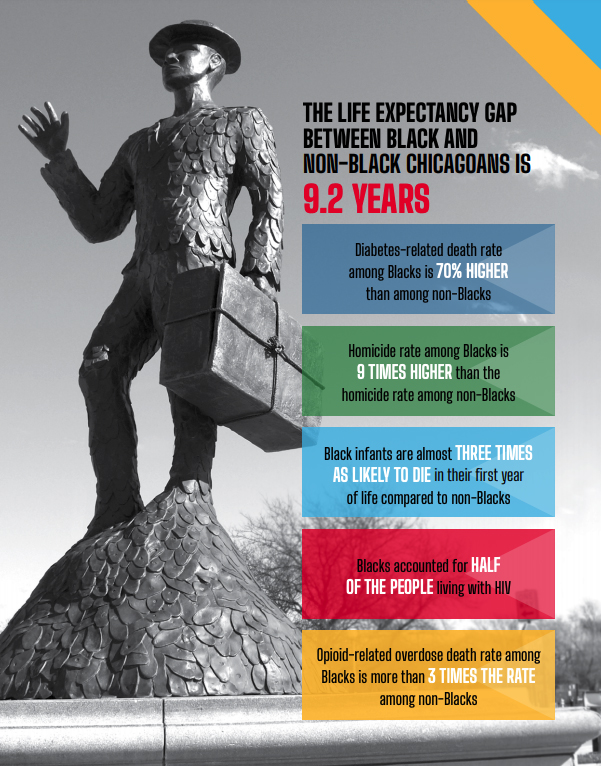 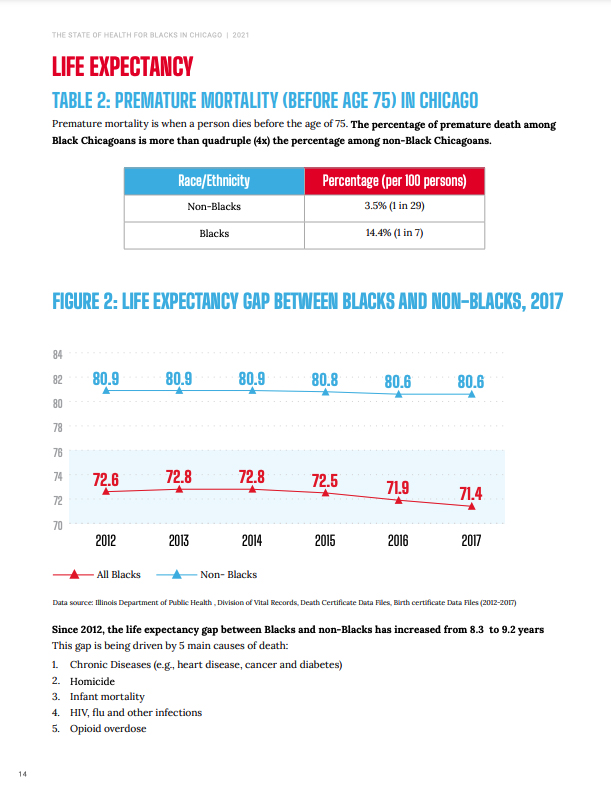 Other cities to have declared systemic racism a public health crisis include Milwaukee County in Wisconsin, Boston, Denver and Columbus, Ohio.

Lightfoot was this week slammed for an email to a staffer in which she repeated the same sentence, sparking comparisons to The Shining.

On January 28, the Chicago mayor wrote the same sentence 16 times in an email, saying: “I need office time every day!"

The leader’s message was sent to her former scheduler Taylor Lewis and was exposed as a result of a fact-finding effort led by the Chicago Tribune to examine the high turnover rate at City Hall. 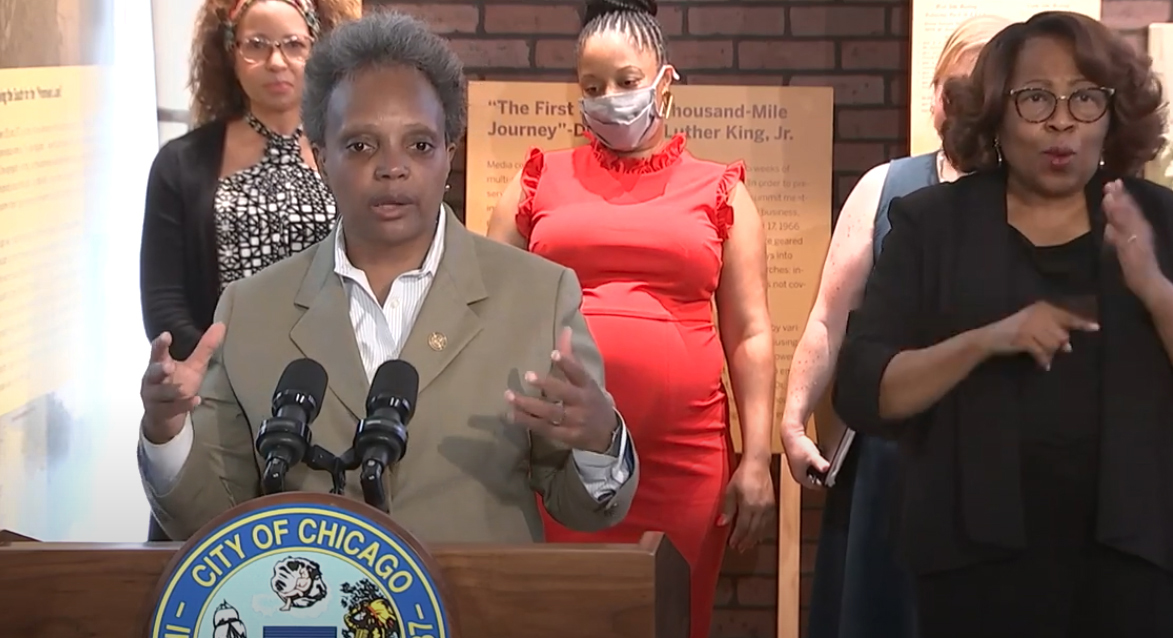 Seven times Lightfoot reminded her: “Breaks or transition times between meetings are not office time,” according to the Chicago Tribune.

Then the mayor included five sentences repeating: “If this doesn’t change immediately, I will just start unilaterally canceling things every day.”

It was followed by a closing rhetorical question that she typed 13 times: “Have I made myself clear, finally?!”

Lewis left the mayor’s office as Director of Scheduling and Advance, according to a 2019 press release. 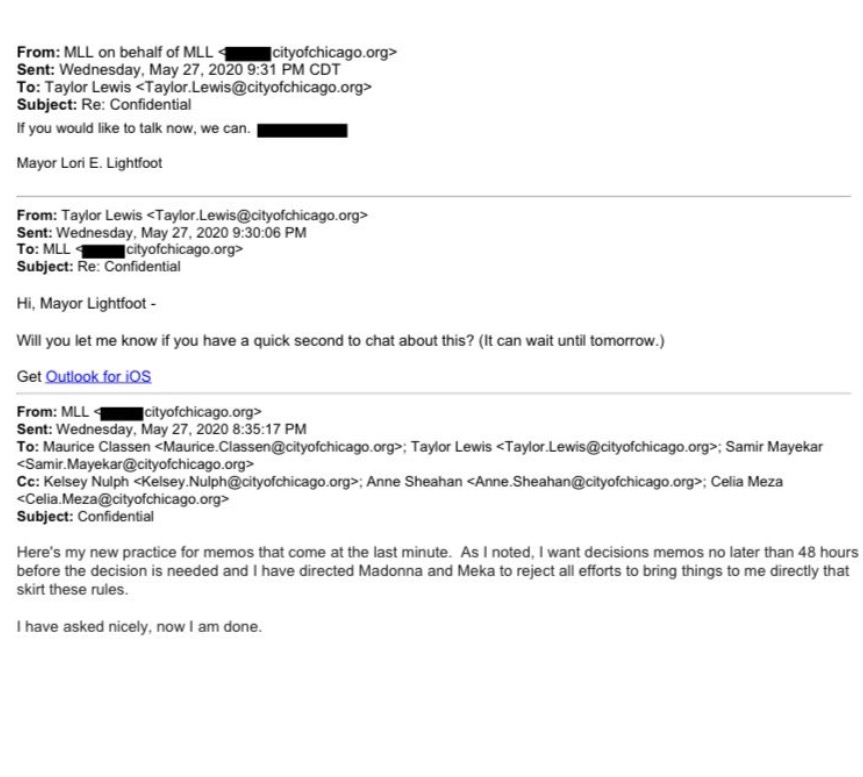 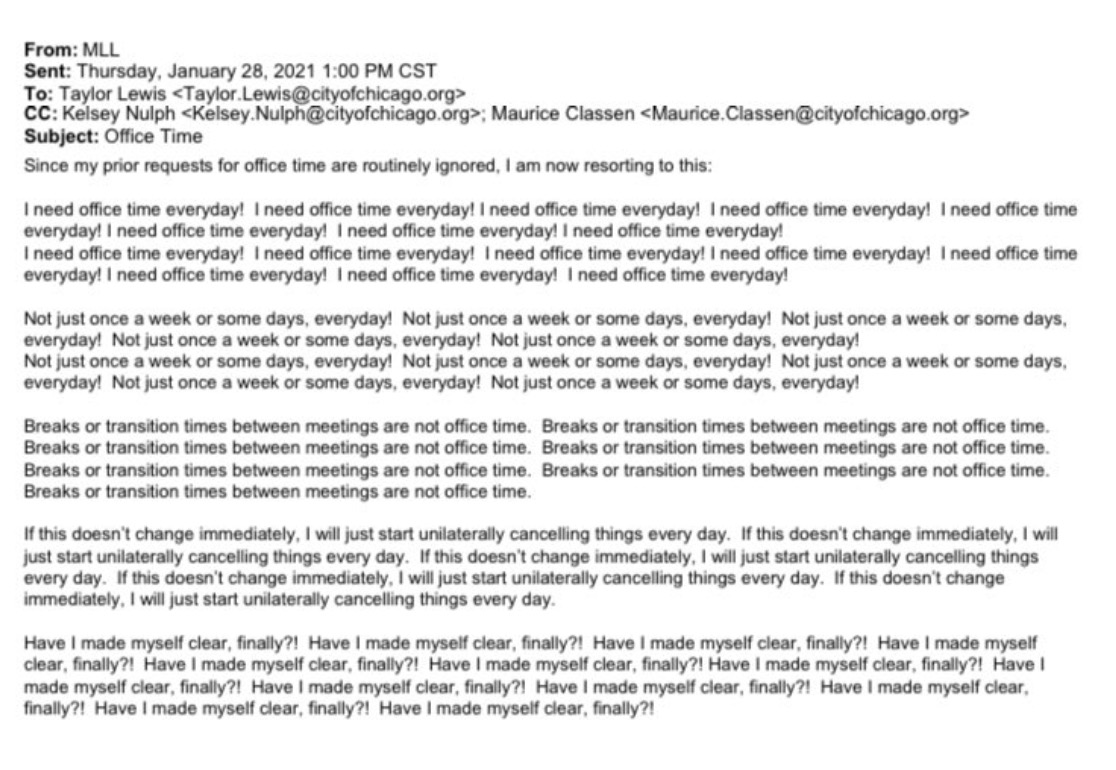 She has dealt with a variety of controversies in her two years at the helm after Rahm Emanuel stepped away.

The mayor declared she would only answer one-on-one questioned with minority reporters.

“I have been struck since my first day on the campaign trail back in 2018 by the overwhelming whiteness and maleness of Chicago media outlets, editorial boards, the political press corps, and yes, the City Hall press corps specifically,” Lightfoot wrote in a May 19 letter circulated to city news outlets, according to the Chicago Sun.

Back in May, a reporter for the Daily Caller sued the mayor after she refused to permit interviews with him because he isn’t a "journalist of color,” according to the Hill.

She’s also tussled with the city’s aldermen on various issues including housing and police reforms and had to sort through economic hardships brought on by the Covid-19 pandemic.

Mother who boasted about sex with boy, 16, she was fostering is jailed