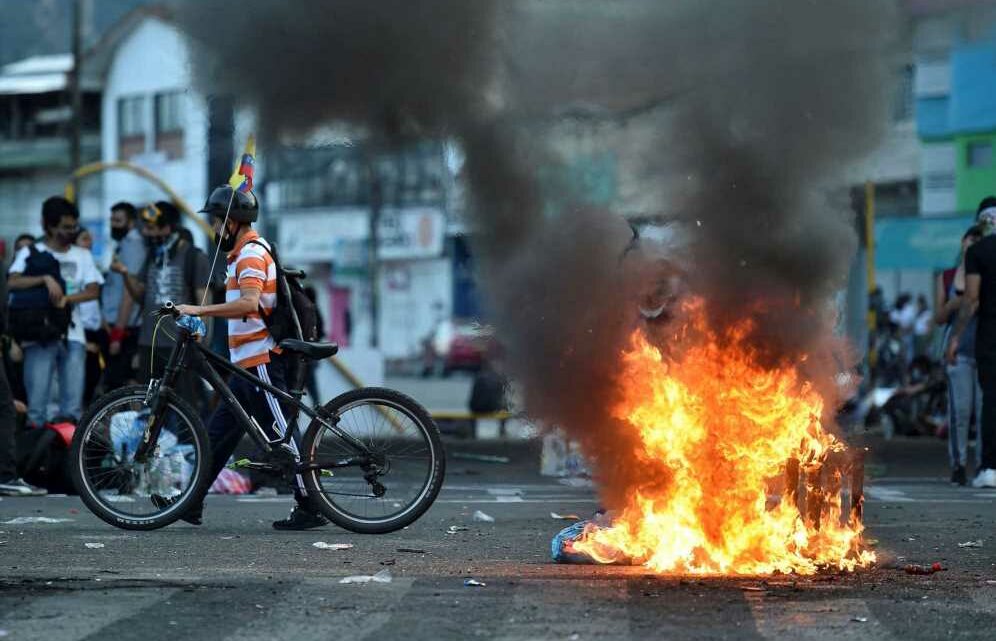 AT LEAST 24 people have been killed as anti-government protests raged on for an eighth day in Colombia with rioters violently clashing with cops.

Riot officers fired tear gas at protesters in Bogota on Wednesday after crowds attacked a police station as thousands marched through the capital. 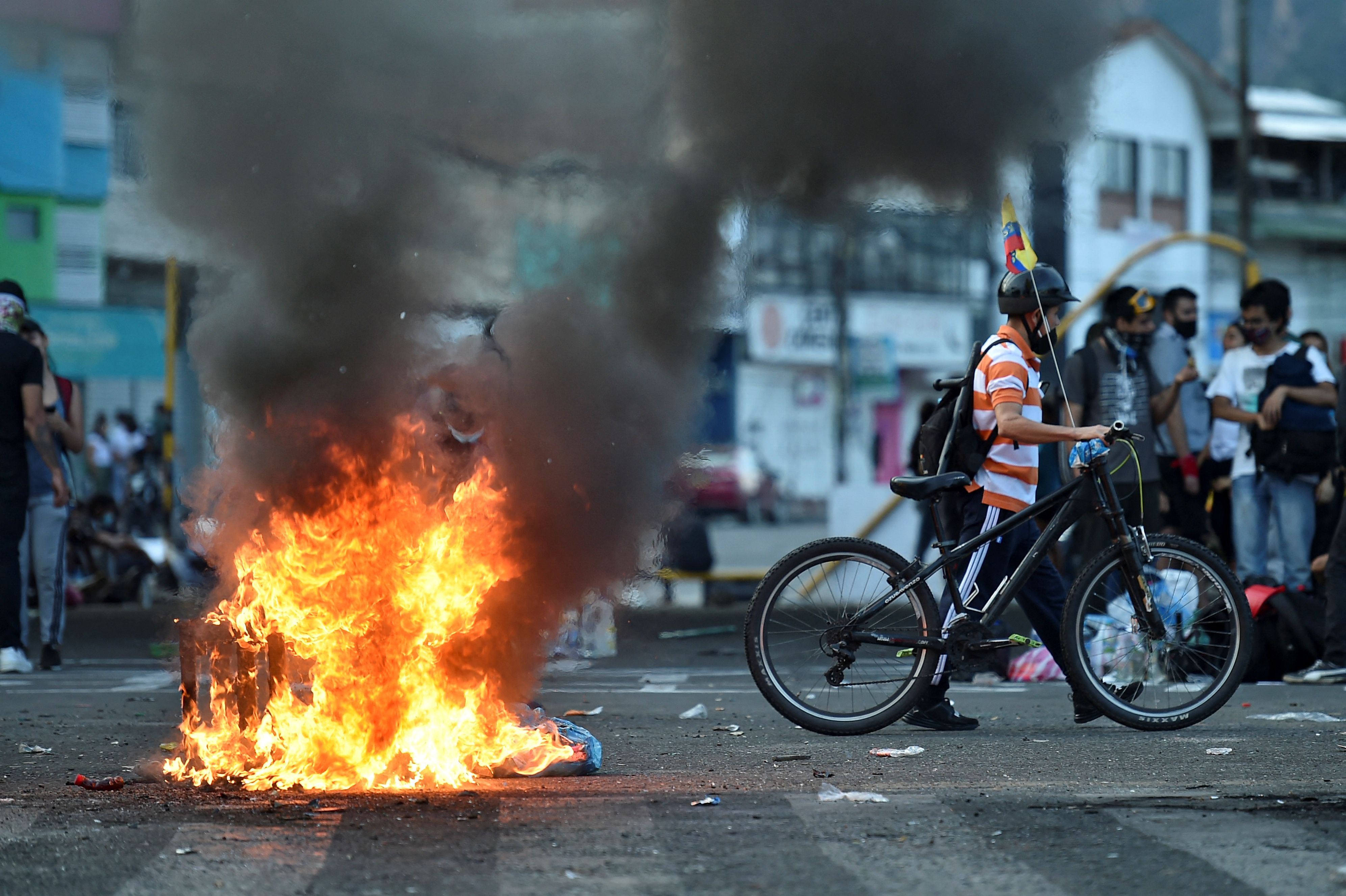 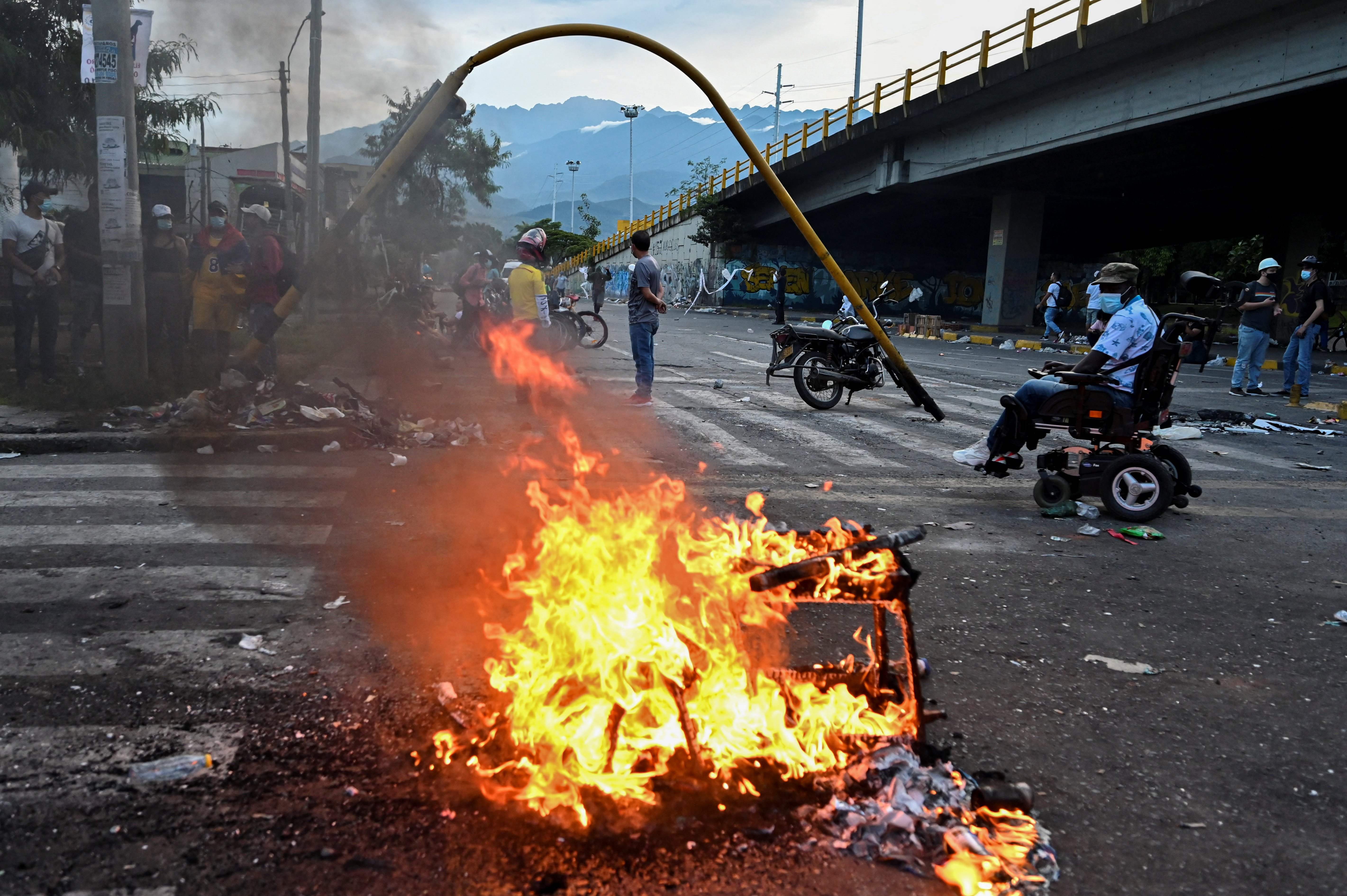 What started as a peaceful demonstration over a now-shelved tax reform has spiralled into an eruption of anger across the South American country as rioters fume over the heavy-handed response by police.

In one attack on Tuesday night, a crowd tried to "burn alive" a group of 10 police officers by setting fire to a station in Bogota, according to the mayor's office.

The death toll has now risen to 24, with at least 23 protesters and one cop killed during scenes of unrest.

As protests unfolded for an eighth day nationwide last night, hundreds gathered outside in the historic Plaza Bolivar, in front of the capitol, with some throwing stones at the site.

Many protesters are calling for the ESMAD riot police to be disbanded, but some said they did not blame individual officers.

"They get orders from the state, which they have to follow," a student, James Romero, 18, said as he joined a chanting crowd.

Romero said he was struck several times in the back by a baton-wielding ESMAD officer while running from confrontations on Saturday.

It comes after the seventh night of protests on Tuesday saw 30 civilians and 16 police officers injured in Bogota, the mayor's office said in a statement.

More than two dozen Bogota police stations suffered damage overnight and three were destroyed, with a crowd allegedly trying to "burn alive" a group of cops.

Asked about the attack, a police officer in Bolivar Plaza told Reuters he was "disappointed as a human being."

Mayor Claudia Lopez called the destruction and violence in the city "unbelievable."

Protests nationwide have resulted in 24 deaths, according to the human rights ombudsman, 15 of them in the western city of Cali.

Cali has been the setting for several nights of riots after trade unions called for a nationwide strike on April 28 – mainly in opposition of a now cancelled tax reform.

The UN has slammed the situation in Colombia, accusing cops of opening fire on demonstrators.