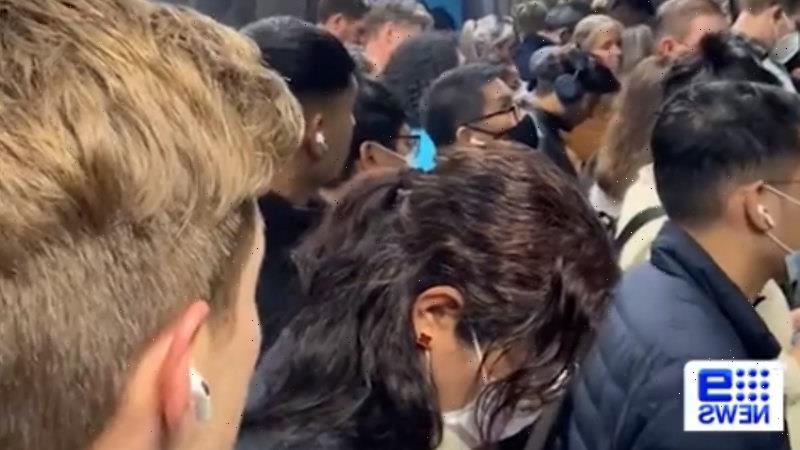 Commuters are experiencing major delays of up to an hour at some Sydney train stations as Sydney Trains urges commuters to allow for longer travel times on Monday night.

Urgent train repairs at Central Station are to blame for the delays, which caused chaos at some of Sydney’s major stations, including Town Hall. The T4 Eastern Suburbs and Illawarra lines was the worst affected by delays.

Vision from Nine News shows commuters queued along the platforms and up station stairs, as they struggle to cram into already-crowded train carriages.

Sydney Trains has also pointed to a power surge at Wolli Creek and repairs at Penshurst earlier today as further contributing factors to Monday’s major delays.

Monday’s delays come after Sydney commuters dealt with major delays and cancellations on August 23 and 25 as part of industrial action by rail workers, and ahead of potential further action on Wednesday.

The NSW government says it will agree to quickly start work on modifying intercity trains at the centre of the long-running dispute if rail unions ditch industrial action during negotiations over a new pay deal.