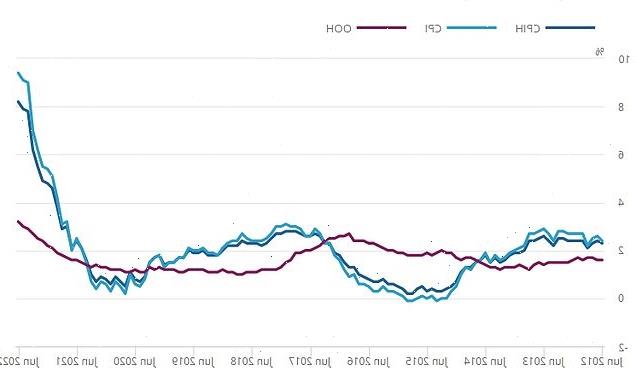 Inflation hits 40-YEAR high of 9.4% as families face brutal squeeze with soaring food and fuel costs – and Bank of England signals interest rates could rise another 0.5% within WEEKS

UK inflation has surged to a fresh 40-year high as fuel and energy prices rocketed amid the cost-of-living squeeze, official figures revealed today.

The Office for National Statistics (ONS) said Consumer Prices Index (CPI) inflation rose to 9.4 per cent in June, up from 9.1 per cent in May.

This remains the highest level since February 1982 and heaps yet further cost pain on cash-strapped households and businesses.

Newly appointed Chancellor Nadhim Zahawi and Bank of England governor Andrew Bailey have both pledged to get inflation under control.

Mr Bailey has hinted at the steepest interest rate rise in nearly 30 years, with a 0.5 percentage point rate increase ‘on the table’ that would take it to 1.75 per cent. 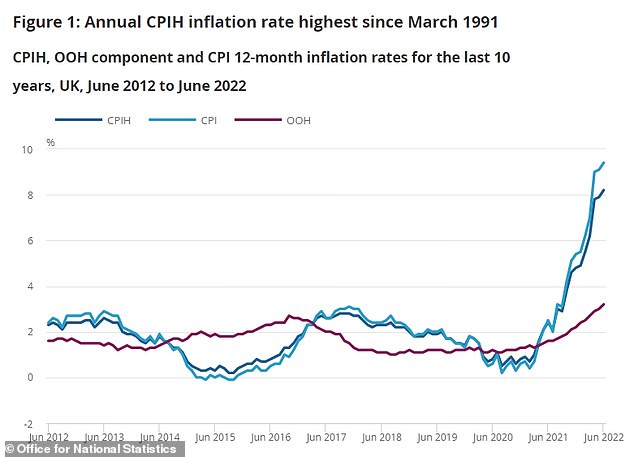 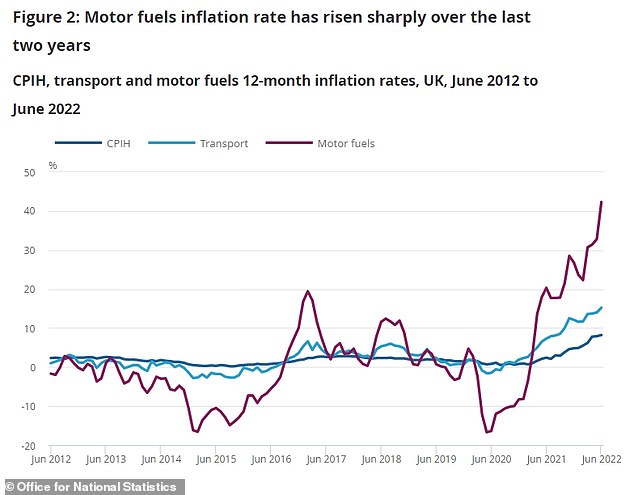 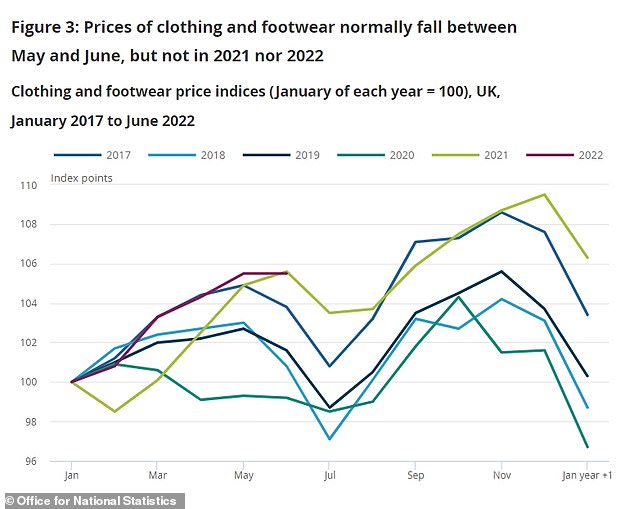 Grant Fitzner, chief economist at the ONS, said today: ‘Annual inflation again rose to stand at its highest rate for over 40 years.

‘The increase was driven by rising fuel and food prices, these were only slightly offset by falling second-hand car prices.

‘The cost of both raw materials and goods leaving factories continued to rise, driven by higher metal and food prices respectively.

‘These increases saw raw materials post their highest annual increase on record, with manufactured goods at a 45-year high.’

Chancellor Nadhim Zahawi said: ‘Countries around the world are battling higher prices and I know how difficult that is for people right here in the UK, so we are working alongside the Bank of England to bear down on inflation. 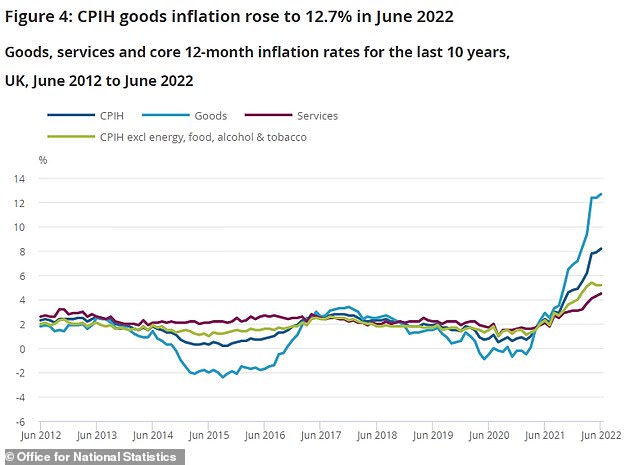 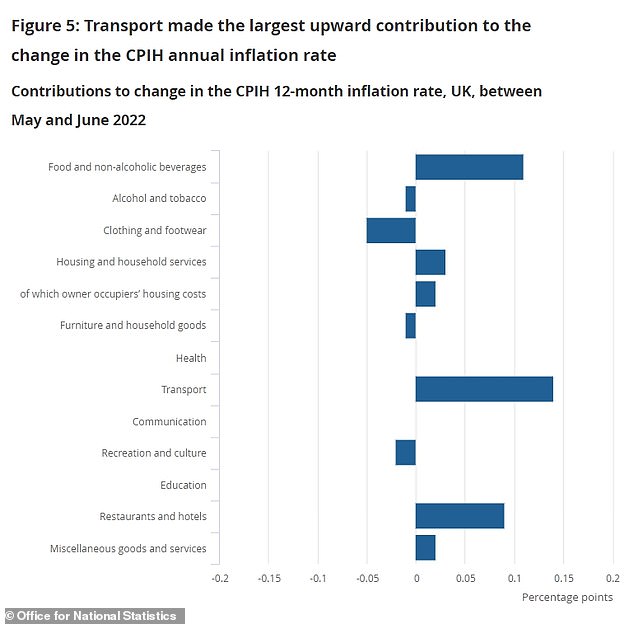 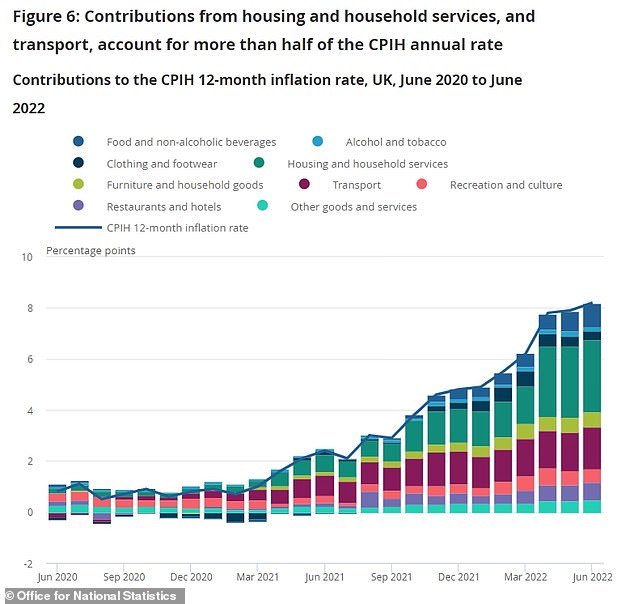 ‘We’ve introduced £37billion worth of help for households, including at least £1,200 for 8million of the most vulnerable families and lifting over 2million more of the lowest paid out of paying personal tax.’

Shadow chancellor Rachel Reeves said the inflation figures showed there was a need for more than just ‘sticking plasters’ to fix the economy.

‘The cost-of-living crisis is leaving families more worried every day, but all we get from the Tories is chaos, distraction and unfunded fantasy economics,’ she said.

‘Rising inflation may be pushing family finances to the brink, but the low-wage spiral facing so many in Britain isn’t new.

‘It’s the result of a decade of Tory mismanagement of our economy meaning living standards and real wages have failed to grow.’ 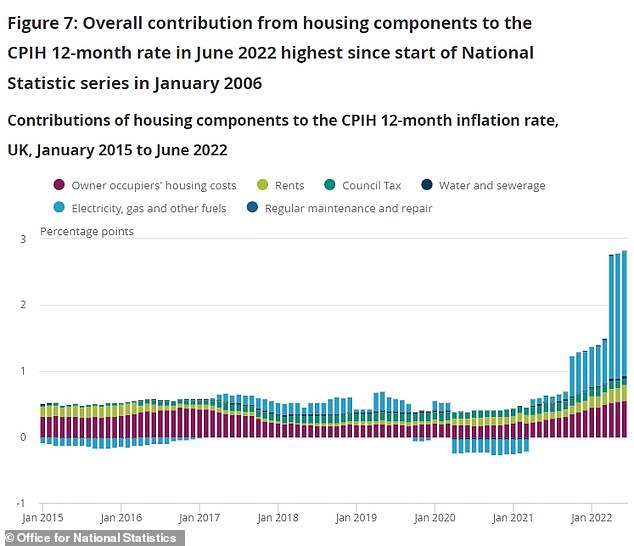 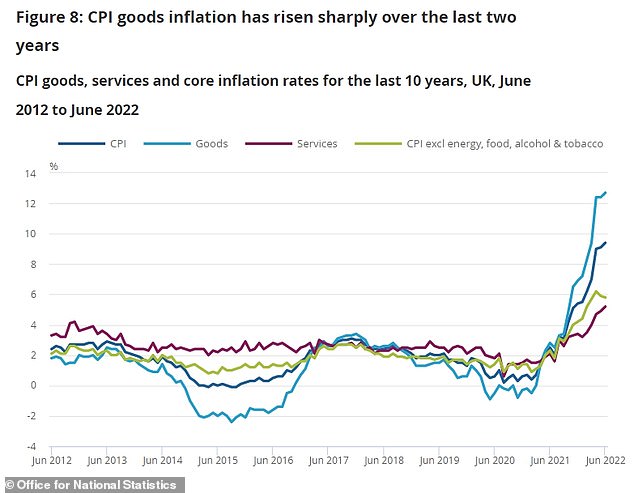 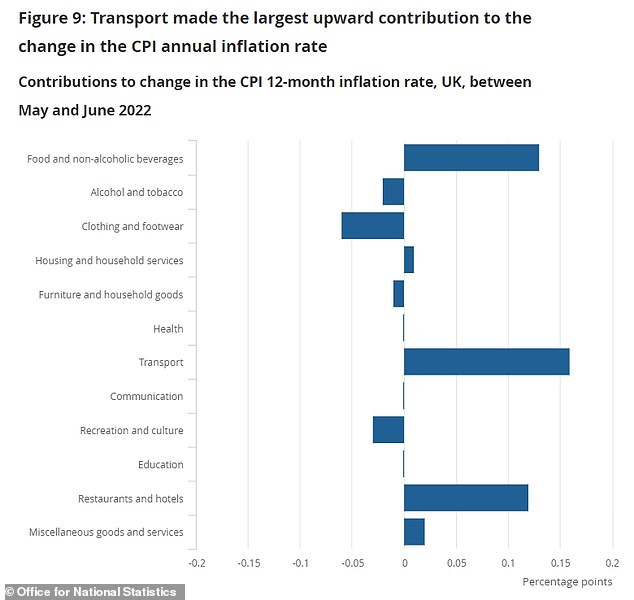 Anna Leach, deputy chief economist at the Confederation of British Industry warned inflation was likely to remain high for the rest of the year ‘severely eating into strained household incomes’.

She said: ‘This data underscores the need to give people more control over their energy bills: through speeding up planning decisions for electricity infrastructure and creating a national effort to help households better insulate their homes.

‘But to build resilience to price shocks over the longer-term, the Government needs to focus on boosting the economy’s supply potential.

‘Incentivising investment through a permanent successor to the super deduction and supporting the development of green infrastructure are crucial first steps.’ 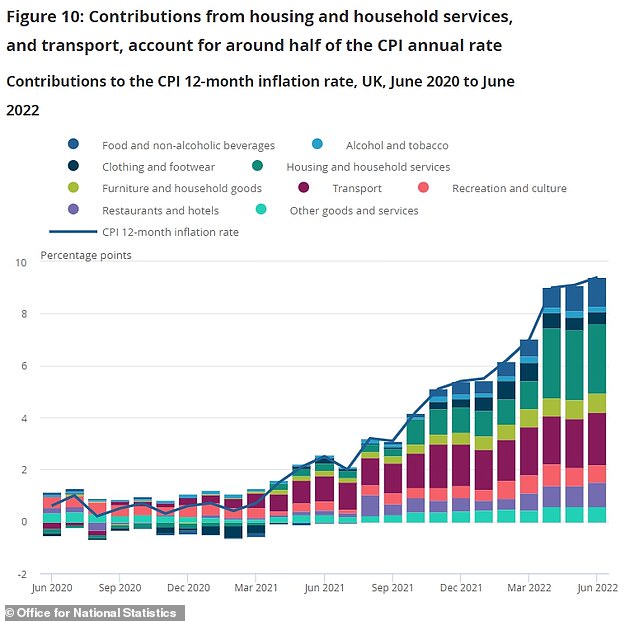 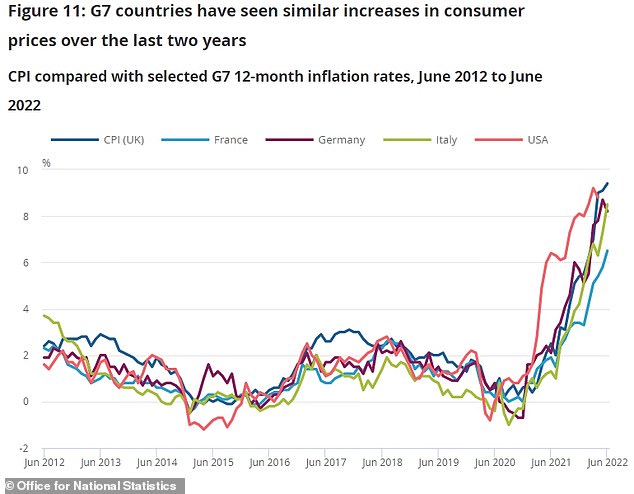 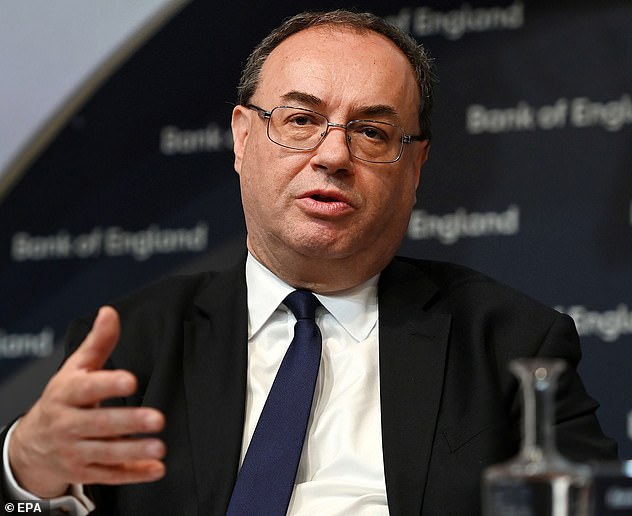 It comes after the Bank of England hinted at the steepest interest rate rise in nearly 30 years last night.

Governor Andrew Bailey said a 0.5 percentage point rate increase, to tackle soaring inflation, would be ‘on the table’ when the Bank’s monetary policy committee meets in two weeks.

Mr Bailey said the Bank would ‘act forcefully’ if it saw signs of inflation embedded in the economy. 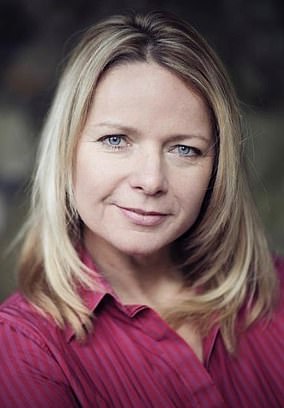 With inflation running at 9.4 per cent, there is no escaping the heat in the economy and it’s going to make policymakers at the Bank of England sweat.

They face the supremely tricky task of rapidly cooling down prices, without pushing growth into the deep freeze.

The economy sorely needs to be doused by a bucket of ultra cold water, but the labour market is still red hot and promises of tax cuts by Prime Ministerial contenders risk seeing prices staying elevated as demand for goods and services is kept higher.

The likelihood is growing that this fresh scorcher of a reading will mean the Bank of England will push up rates by 0.5 per cent at the meeting in August.

The governor of the Bank of England Andrew Bailey has reiterated that it’s inflation which is the clear and present danger facing the economy right now.

In a speech at the Mansion House last night he stressed that it would continue to be the focus and that there were no ifs and buts in the Bank’s commitment to the 2 per cent target.

There is also growing expectation that the European Central Bank will also hike rates by as much as 0.5 per cent tomorrow to try and alleviate the Eurozone’s own inflation migraine.

The worry is that the higher borrowing costs this would bring might pile up more problems for indebted nations, like Italy, so a plan appears to be afoot to offer special support on the bond markets to ensure that fresh financial woes don’t hit.