A twice-convicted terrorist who wanted to be the “cool guy” while plotting a terrorist attack in Melbourne will walk free from prison sooner than expected.

Ahmed Mohamed was convicted in 2019 for conspiring to kill police and strangers in Federation Square on Christmas Day in 2016. 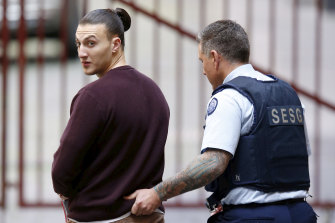 Ahmed Mohamed said he joined his fellow terrorist attack plotters to “the hero of the group”.Credit:Darrian Traynor

He was also convicted of committing a terrorist act over the firebombing of a Melbourne mosque weeks earlier.

Mohamed was jailed for 38 years and ordered to serve at least 28 years and six months.

That was reduced to 32 years with a minimum of 24 years before parole by Victoria’s Court of Appeal on Wednesday.

He and his friends, Abdullah Chaarani, Ibrahim Abbas and Hamza Abbas, bought machetes, carried out reconnaissance and built practice bombs in preparation for their attack. 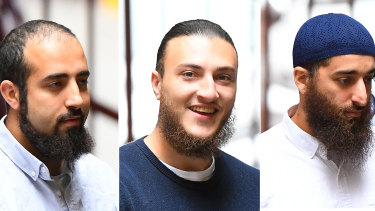 Chaarani and Hatim Moukhaiber were also convicted over the mosque firebombing. The trio admitted the firebombing but denied it was terrorism.

Mohamed pleaded not guilty over the Federation Square plot but admitted after the jury convicted him that he was guilty.

He denounced the Islamic State terrorist group and his extremist views, telling Victoria’s Supreme Court that he only participated in the attack after being nagged by ringleader Abbas.

Mohamed did not appeal either sentence handed to him for the Federation Square plot or the mosque attack but instead challenged the amount of cumulation.

Mohamed was ordered to serve 16 years of the second sentence on top of the 22 years for the first.

The judges found the 38-year total sentence infringed the principle of totality, which requires judges to have regard for other facts including his prospects of rehabilitation.

The sentencing judge had been satisfied Mohamed renounced his extremist ideology and had reasonable prospects of rehabilitation, they said.