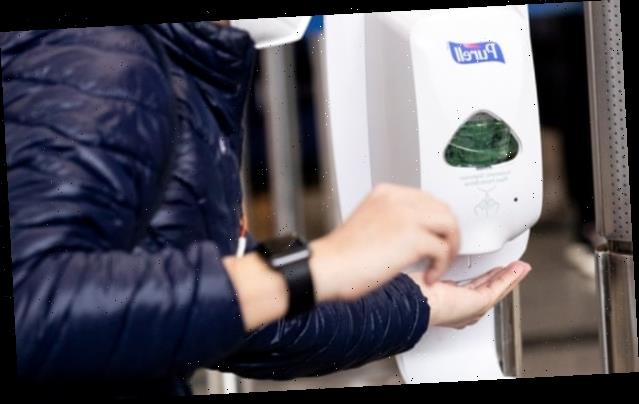 A flight between Shanghai and Chongqing now costs $4, about the price of a tall latte at Starbucks. Flights from New York to Miami were on offer for $51 last week, roughly the same as the cab fare from the airport to Manhattan. If Miami didn’t appeal, you could have taken off for Paris for $278. The problem for the airline industry is: will anyone take them?

As the coronavirus outbreak continues to hit stock markets hard, the travel industry is suffering its worse crisis in more than 18 years. Businesses have advised employees to avoid non-essential travel, conferences are cancelled, and would-be vacationers are avoiding foreign and domestic travel.

So bad have things become that last week, Southwest’s chief executive, Gary Kelly, warned the “precipitous decline in bookings” was similar to the drop the airline experienced after the September 11 terrorist attacks.

“9/11 wasn’t an economically driven issue for travel – it was more fear, quite frankly,’’ he said. “And I think that’s really what’s manifested this time … It has a 9/11-like feel. Hopefully we’ll get this behind us very quickly.’’

Comparisons to 9/11 are not exaggerated. The International Air Transport Association (IATA) trade body calculates that revenue worldwide this year could decline by between $63bn and $113bn, or as much as 20%. After 9/11, airline revenues fell by 7%, or $23bn, according to IATA.

It’s not just airlines. Cruise stocks plummeted harder still after the US state department warned US travelers, especially the elderly and those with underlying health issues, to avoid cruises.

Shares of Carnival fell 19% on Monday, while Norwegian Cruise Line Holdings and Royal Caribbean fell more than 25%. In less than two months, the three US-based operators have lost more than $42bn in market capitalization, more than half of their value.

“They will likely survive but no guarantees,” C Patrick Scholes, an analyst at SunTrust, wrote in an email on Monday.

That came as thousands of passengers on a third Princess Cruises ship are being kept onboard while crew members get tested for Covid-19. The Caribbean Princess, on a 10-day trip to the Panama Canal, was placed under a “no sail order” from the US Centers for Disease Control and Prevention (CDC).

That came as hotel industry stocks continued their declines. Over the first two months of the year, the Baird/STR Hotel Stock Index, a broad measure of the sector’s health, has dropped 18.5%, according to the trade publication HospitalityNet.

“Hotel stocks fell off a cliff at the end of the month due to mounting Covid-19 concerns domestically, and the broader stock market correction has disproportionately impacted travel-related stocks,” Michael Bellisario, senior hotel research analyst and director at Baird, told the publication.

The travel and leisure industry is one of the US’s largest employers and the White House is worried. The White House chief economic adviser, Larry Kudlow, announced “targeted measures” to offset the negative impact on the industry from the coronavirus outbreak last week and Donald Trump, who recently signed an $8.3bn emergency coronavirus spending bill, met with airline executives to discuss the impact of the outbreak. The White House called another meeting with business leaders on Monday to discuss options.

Any financial package would need the approval of Congress – difficult in an election year. Among the range of options open to White House are tax deferments for industries hurt by the coronavirus outbreak, including the cruise, travel and airline industries.

Improving public confidence in industries substantially affected by Covid-19 may be even more difficult than agreeing a bailout package given the level of uncertainty about the virus, how many will be affected and how long it will go on.

According to the airline industry expert Robert Mann, the reaction of businesses to the threat does not necessarily match reality but the impact is still real.

“This is a behavioral economics problem,” Mann says. “It’s a situation where people throw probabilities out the window, react irrationally, and socially oriented businesses pay the price. The issue here is to get over the hysteria.”

But with people dying and case numbers rising, worry is warranted right now, even if it proves to be short-lived. The consequences for some businesses are likely to be severe.

“In the current crisis, a 30% drop in front-cabin, business traveler bookings represents of drop of roughly half in overall industry revenue,” says McKenzie. “I’d be surprised if we didn’t see more airlines going out of business.”