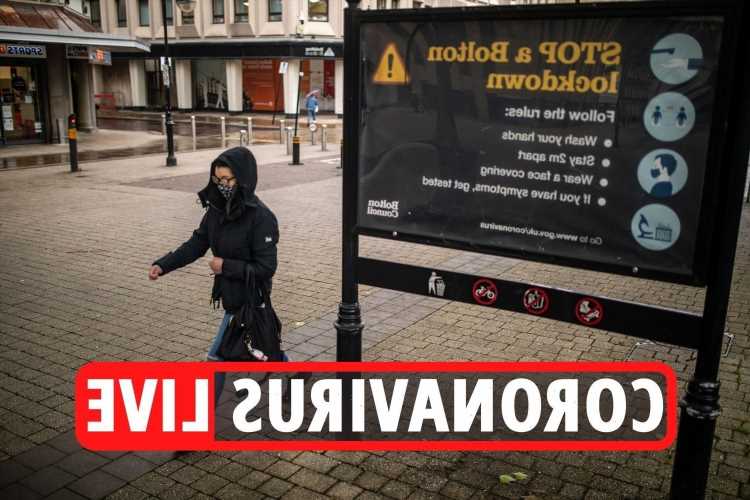 BRITS have been told not to travel in and out of eight Indian variant hotspots after stealth new restrictions were introduced this morning.

Ministers are warning people not to enter or leave areas where the Covid strain is spreading fastest "unless it is essential".

And those living there are also subject to tighter social distancing requirements, including only meeting up inside and working from home. Local leaders and MPs weren't even told about the changes, which were dumped on the Government website last Friday evening.

Meanwhile, the first man to receive a Covid vaccine in the world died aged 81 yesterday.

William Shakespeare – known as Bill – received his first Pfizer jab in December, but passed away from an unrelated illness on Thursday.

It comes as the government was slammed for introducing 'stealth lockdowns' over the weekend- quietly updating official websites to change rules on meeting indoors and travelling into and out of areas hit by the Indian strain.

The Concept of a Vaccine Passport Is Nothing New — I Know, Because I've Had One