A corrections officer from California who had sex with a prisoner in full view of 11 other inmates has been jailed for seven months.

Tina Gonzalez, 27, cut a hole in her uniform in order to make sex with the inmate easier. Her actions were witnessed by 11 other inmates. 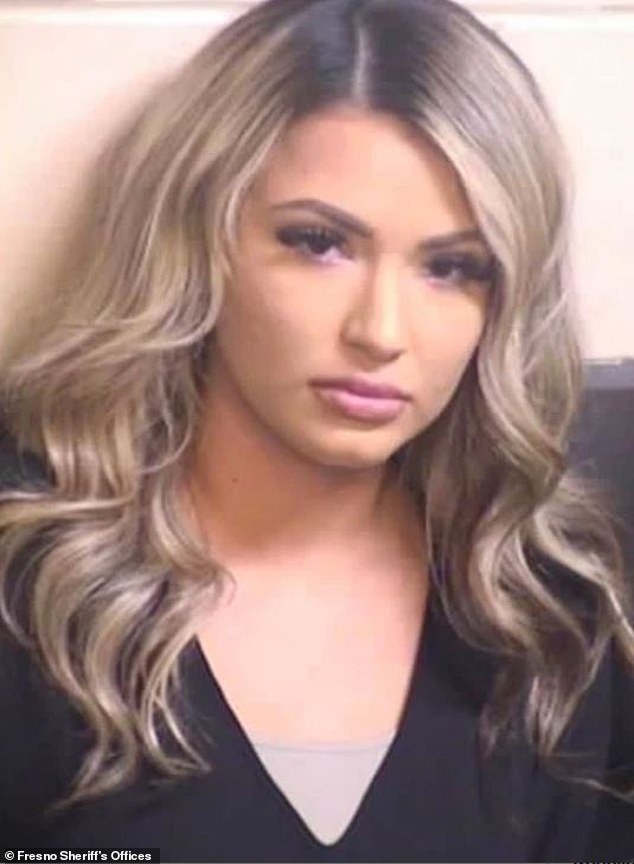 A former correctional officer at the Fresno County Jail, Tina Gonzalez, 27, has been sentenced for a sexual relationship she had with an inmate

The sheriff’s office began to investigate after staff members were tipped off that a  county jail inmate with a cell phone was said to be in a sexual relationship with the officer, according to KSEE.

Assistant Sheriff Steve McComas said the actions of the former county jail guard were ‘something only a depraved mind can come up with.’

McComas explained how a detailed investigation found Gonzalez had sex with the inmate, and also gave the inmate razors, considered a potential weapon behind bars. She also told him when fellow officers would be inspecting his cell so he had chance to hide the contraband.

Phone logs also revealed how Gonzalez kept in contact with the inmate even after she was caught.

‘She took an oath which she betrayed and in doing so endangered her coworkers’ lives,’ McComas said. ‘But she has shown no remorse. She continually calls and has sexually explicit conversations with the inmate in question and boasts about the crimes she carried out.’

A search of the inmate’s cell managed to find the phone reports the Sacramento Bee.

Having been questioned by detectives, Gonzalez then quit the sheriff’s office in December 2019.

It was never her intention to bring any harm or danger to the employees in the jail or anyone else in the jail,’ her defense attorney, Martin Taleisnik said.

Taleisnik stressed how Gonzalez took responsibility for her actions. He also explained that the end of her own marriage had made her ‘vulnerable.’

‘What you did was terrible, stupid and you have ruined your career,’ Judge Idiart told Gonzalez in Fresno County court. ‘But I also believe that people can redeem themselves and you have the rest of your life to do that. Good luck.’