The Court of Appeal has ruled it was unlawful to strip a grandmother ISIS suspect of her British citizenship despite fears it could lead to dozens of jihadists claiming a right to return to the UK.

The woman, in her 50s and identified only as D4 from the north of England, has been held at the same camp as Shamima Begum, the al-Roj in northern Syria, since January 2019.

Her citizenship was removed in December 2019 over national security fears amid reports she had travelled to the Middle East to ‘align with the so-called Islamic State’.

Notification of the decision placed on her Home Office file with a note saying its legal advisers concluded it was an appropriate decision as her whereabouts were unknown at the time.

D4, a British citizen from birth, was not told her citizenship had been stripped until her lawyers asked the Foreign Office to bring her back to the UK.

A High Court judge ruled the Home Office’s decision was unlawful in July last year, citing that there was no legal power to treat a note on the file as giving notice of a deprivation of citizenship.

That ruling was upheld by the Court of Appeal yesterday, with judges finding by a majority of two to one that current laws do not allow the Home Office to use this method of giving notice.

The Home Office has the power to remove a person’s citizenship if it would be ‘conducive to the public good’ – a power that has been commonly used in recent years with 104 people stripped of their British citizenship in 2017 alone.

However, the Government department ‘must give the person written notice’ of the decision, as well as the the reasons for it and provide notification of their right to appeal. 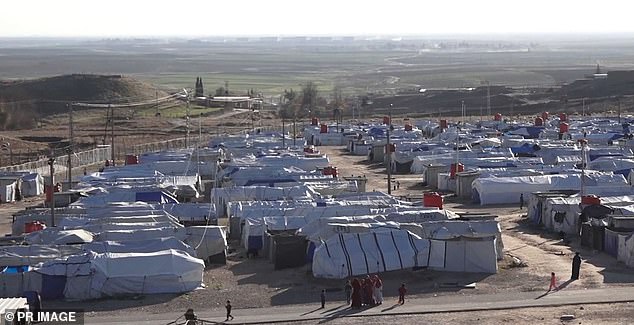 A view of the al-Roj camp in northern Syria, believed to be home to a 50-strong British contingent of women and around 800 families 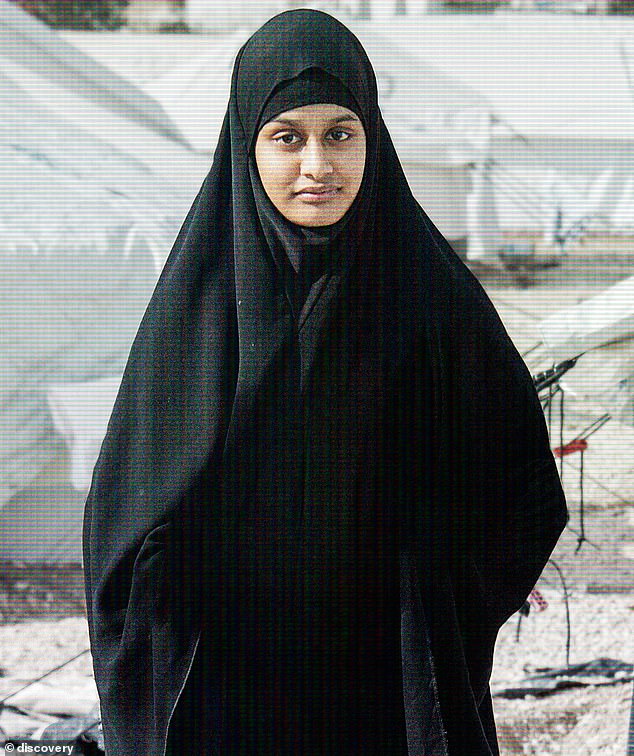 The Home Office updated the regulations in 2018 to set out how notice is to be given where an individual’s whereabouts are unknown, there is no address to send documents and they do not have a lawyer.

Under these new rules, notice of a decision to revoke someone’s citizenship is ‘deemed to have been given’ to the person in question if it is placed on the Home Office’s file.

At the initial hearing in the High Court in July last year, Mr Justice Chamberlain ruled that the decision to deprive D4 of her citizenship was ‘void and of no effect’, adding: ‘D4 was from that date, and remains, a British citizen.’

He said: ‘Parliament said that, before making an order in respect of a person, the Home Secretary must give the person written notice of the decision to do so.

‘It could have imposed a requirement to give notice “where possible” or “if practicable”, but it did not.’

The judge continued: ‘As a matter of ordinary language, you do not “give” someone “notice” of something by putting the notice in your desk drawer and locking it.

‘No one who understands English would regard that purely private act as a way of “giving notice”.

‘That is so even if there is no reasonable step that could be taken to bring the notice to the attention of the person concerned.’

The Home Office appealed against his ruling, arguing that the Home Secretary has a ‘wide decision’ and is ‘entitled to implement provisions about notice being deemed to have occurred’.

The appeal was dismissed on Wednesday, though.

Lady Justice Whipple said preset law does not give powers ‘of such breadth that the Home Secretary can deem notice to have been given where no step at all has been taken to communicate the notice to the person concerned and the order has simply been put on the person’s Home Office file’. 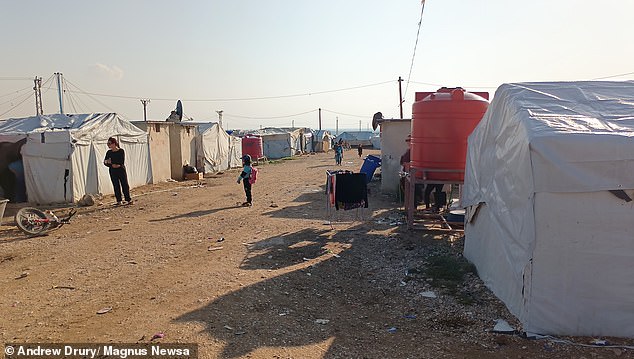 Shamima Begum has been at the al-Roj camp since 2019. She infamously fled the UK with fellow teenagers Amira Abase and Kadiza Sultana as a 15-year-old schoolgirl in February 2015

The judge added: ‘To permit that would be to permit the statute to be subverted by secondary legislation.

‘Only Parliament can decide that the requirement for notice… should be altered in this way.’

Lady Justice Whipple also said Parliament is current considering the Nationality and Borders Bill, which proposes removing the requirement to give notice in circumstances where it is deemed ‘not reasonably practicable’.

Agreeing with Lord Justice Whipple, Lord Justice Baker said: ‘There may be good policy reasons for empowering the Secretary of State to deprive a person of citizenship, but such a step is not lawful under (the current) legislation.

‘If the Government wishes to empower the Secretary of State in that way, it must persuade Parliament to amend the primary legislation.

‘That is what it is currently seeking to do under the Nationality and Borders Bill.’

Sir Geoffrey Vos disagreed with both judges, stating the current law would be ‘neutered’ if citizenship could not be removed from a person who has no representative and cannot be contacted.

His view, though, was in the minority and the appeal was dismissed.

Maya Foa, director of human rights advocacy group Reprieve, said in a statement after the ruling: ‘The decision confirms that stripping a British national of their citizenship in secret is illegal.

‘But the Government is already cynically attempting to circumvent the courts by using Clause 9 of the Nationality and Borders Bill to render this ruling moot, making a mockery of the rule of law.

‘Ministers should change course and recognise that depriving people of their citizenship without even telling them is an affront to British principles of justice and fairness.’

The Home Office was refused permission to appeal to the Supreme Court, but can ask the court directly to consider the case.

Shamima Begum is among what is believed to be a 50-strong British contingent of women and children at the al-Roj camp, which houses around 800 families in total.

The authorities at the camp – the Kurdish-led and Western-backed Syrian Democratic Forces – have banned black clothing, the colour of ISIS, and black face veils.

Family distraught after dad, 46, 'stabbed to death' while popping out for cigarettes after 'attack by teenagers'