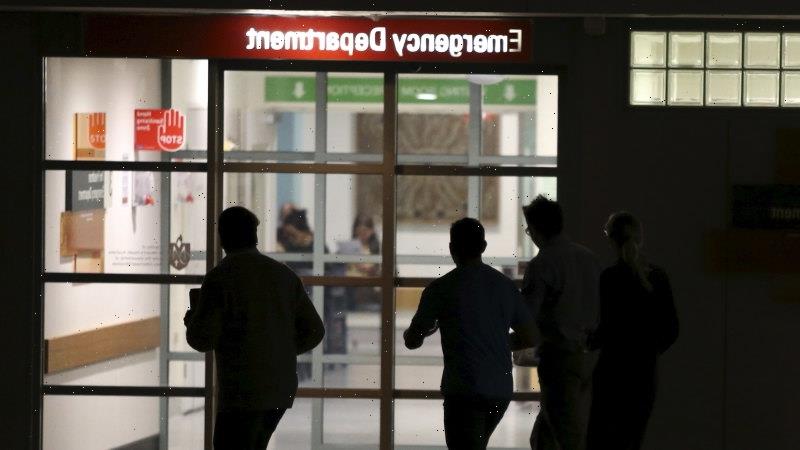 A study by a team of physicians at St Vincent’s Hospital found that of the 968 people who were concerned about vaccine side effects and attended the emergency department between August 11 and November 21 – the height of last year’s rollout – only eight were diagnosed with an adverse event linked to a vaccine shot. 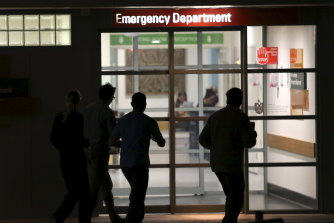 Almost 98 per cent of patients who presented were deemed well enough to be sent home after a thorough examination. One in five had arrived at the hospital via ambulance.

The Australian-first study examined patient behaviour in the three weeks after people were given a coronavirus vaccine.

Researchers suggested the sharp rise in “anxiety fuelled presentations” to the emergency department was partly driven by “anxiety-provoking media articles which focused on rare, but serious side effects of COVID-19 vaccines, insufficient public education on vaccines and questionable preparation for mass vaccination campaigns led by governments”.

The Australian Technical Advisory Group on Immunisation’s changing clinical advice around which age groups were recommended to have the AstraZeneca shot was also found to have contributed.

“We observed a significant increase in vaccine-related presentations to the emergency department, which added to an already challenging workload and imposed extra burdens on severely constrained health services.”

Due to the need to closely monitor for rare vaccine-linked complications, hundreds of patients required full blood count tests and heart monitoring including electrocardiograms (a test used to check the heart’s rhythm), while more than 50 others required advanced imaging including CT brain and chest scans.

Of the patients, 66.7 per cent had recently had a Pfizer vaccination while about 28 per cent had been injected with AstraZeneca and about 4.6 per cent Moderna.

Chest pain and palpitations were seen mainly in patients following Pfizer vaccinations, while headache was a common presentation after an AstraZeneca vaccination.

University of Sydney professor and vaccine expert Julie Leask argued there was a “good news story” in the report, in that people were monitoring their symptoms and seeking help early as they were urged to in the public health messaging, particularly around the AstraZeneca vaccine amid its links to a rare blood-clotting syndrome. She said seeking help for chest pain was also critical as it could be an indicator for a serious health issue.

But, she noted, “you’re going to get a bunch of people who don’t actually have that problem, and need to be checked out and reassured.

“This is particularly true when it is a very widely publicised adverse event.”

Younger Victorians were vastly overrepresented, with the median age of adults arriving in the emergency department with vaccine concerns being 31 and almost 83 per cent younger than 45.

Intense media coverage surrounded the vaccine rollout after people under 50 were found to be at heightened risk of an extremely rare side effect linked to the AstraZeneca vaccine called thrombosis (blood clots) with thrombocytopenia (low platelets) syndrome (TTS).

There were 88 confirmed cases of TTS in Australia from more than 13.8 million AstraZeneca doses. Eleven people died from the vaccine, including eight from TTS.

A small increased risk of myocarditis or pericarditis – rare types of heart inflammation – was later linked to the Pfizer vaccine, sparking further reporting on vaccine safety.

Across Australia, more than 40.8 million doses of the Pfizer vaccine have been given. According to the Therapeutic Goods Administration, there have been 183 suspected myocarditis cases and 281 pericarditis cases following a COVID vaccination. None of the cases were fatal.

For the eight St Vincent’s patients with a confirmed adverse event ⁠related to one of the COVID-19 vaccines, five had pericarditis, two had a pulmonary embolism and one patient was diagnosed with TTS.

The researchers noted the increase in emergency department presentations was also driven by heightened anxiety in the community about the side effects of new vaccines and patients’ inability to secure appointments with their general practitioners.

They argued national guidelines were urgently needed detailing when to seek emergency help for common side effects associated with the vaccines, including headaches and heart palpitations.

The authors said community vaccine awareness campaigns, including simple brochures for distribution to patients after vaccination, may substantially reduce anxiety-related presentations, along with public education to utilise GPs, the dedicated national coronavirus helpline or nurse-on-call services.

“It is a matter of urgency and importance to further explore such initiatives and channel to support and educate the public,” they said.

The federal government said it had received 2225 applications for compensation from people who believed they had been harmed by COVID vaccines. Of these, 671 are awaiting further information from applicants and 49 claims have been withdrawn.

Sixteen patients so far have approved for compensation and have six months to decide whether to accept the offer. It is unclear how much money is being paid out.

‘Stranger Things 4’ Is Already Netflix’s No. 3 Most Popular TV Season Ever Among English-Language Titles
Recent Posts