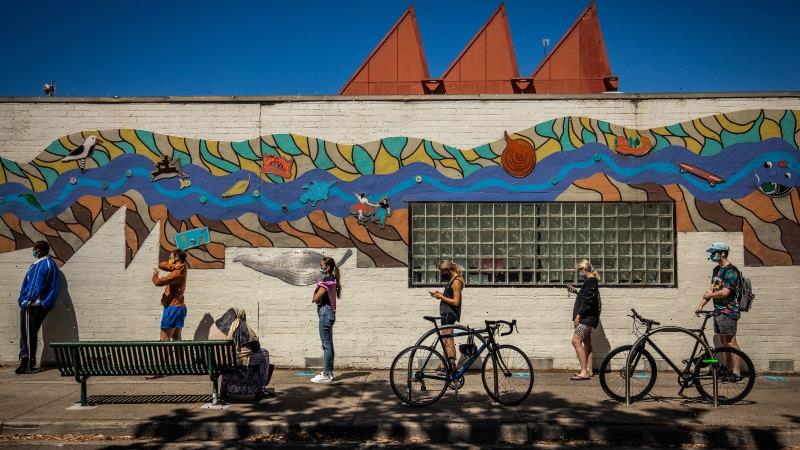 Victoria has reported a record 5137 new COVID-19 cases and 13 deaths as details of the state’s plan to dole out free rapid antigen tests are revealed and the national cabinet is set to debate a new definition of close contacts. 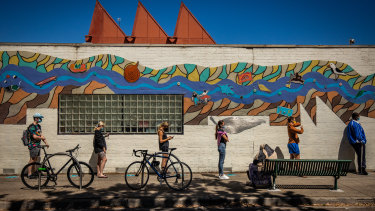 People lining up for a COVID-19 test at Collingwood earlier this week. Credit:Scott McNaughton

One hundred people are in the intensive care unit. Of those, 55 still have an active infection and 23 are on a ventilator.

Another 3775 people rolled up their sleeves to receive a COVID-19 vaccine dose at a state-run hub on Wednesday, while 81,093 PCR test results were processed on another big day for testing centres.

At least 10 testing facilities across Victoria were already at full capacity and temporarily closed about 7.20am on Thursday, less than 30 minutes after they opened.

Under a new plan by the Victorian government, those exposed to COVID-19 will be able to pick up free rapid testing kits by showing their ID at new pop-up collection points around the state.

The Andrews government secured 34 million rapid antigen test kits, which are due to arrive in Victoria in batches throughout January and be publicly available by the end of the month.

The Age has confirmed that the government plans to distribute tests through a combination of existing testing sites and pop-up locations.

A senior government source with knowledge of the plans, which are yet to be finalised, said people will be asked to display basic identification such as a Medicare card and detail why they require a testing kit.

Meanwhile, a narrow national definition of close contacts and a move away from PCR tests will be central to changing the way Australia manages the COVID-19 pandemic in the future.

The federal government wants close contacts to be restricted to people in the same household as a positive case, and people who have spent more than four hours with a case.

Under proposed changes, close contacts would only be required to isolate for seven days, rather than 14, with rapid tests on day six of quarantine and then again at day 12.

Prime Minister Scott Morrison said on Wednesday if people were not close contacts, it would be their responsibility to ensure they were not spreading COVID-19.

The Australian Medical Association is also urging state and federal governments to swiftly agree to consistent guidelines for when to use rapid antigen tests at a hastily convened meeting of national cabinet on Thursday.

Mr Morrison said PCR tests should be reserved for people with symptoms who were also vulnerable or worked in high-risk settings including aged care and health.

University of Melbourne epidemiologist Professor Nancy Baxter said the proposed changes, particularly the redefining of close contacts, would fuel outbreaks of the virus.

“But it’s not going to change the fact that your outbreak’s on fire, and you’re adding fuel to [it].”

Professor Baxter said ruling people out as close contacts who, for example, spent several hours with a COVID-positive work colleague equated to “basically just saying that we are going to allow this to spread through the community”.

She said she thought it likely the changes would result in health systems becoming overwhelmed.