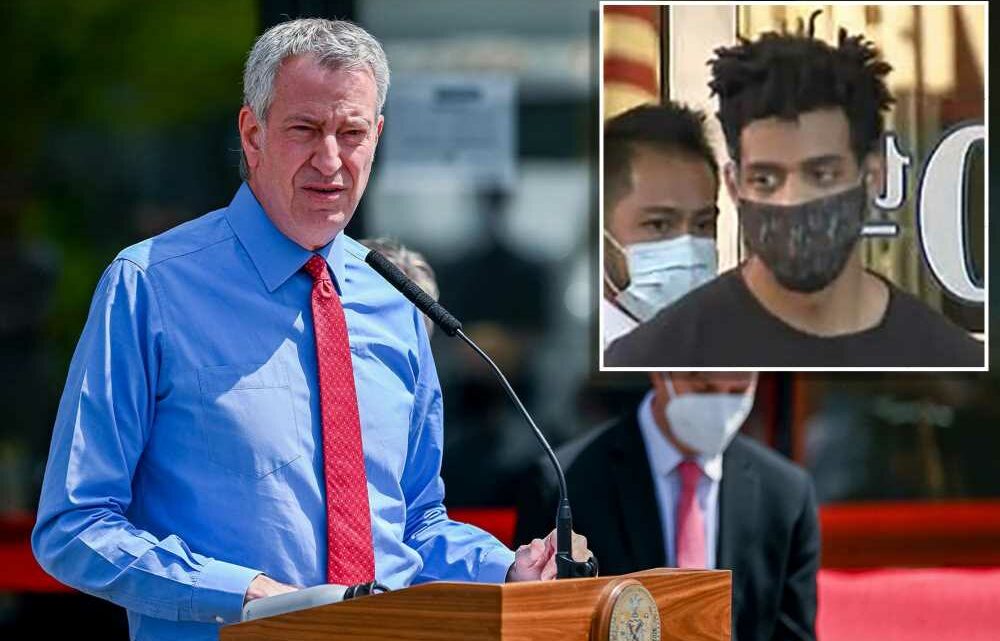 Mayor Bill de Blasio on Monday praised the rogue judge who tried in vain to lock up an accused synagogue vandal — and said the state’s controversial bail reform law should be reconsidered for hate crimes.

“I really respect judges using their discretion when they see a situation — obviously within the law, of course, within the law — but where they think there’s a particular threat or challenge and they make that decision within the law, I respect that,” he said.

De Blasio also said that allowing judges to set bail in cases of non-violent hate crimes was “an area that we definitely should look at again because hate crimes are such a profound challenge.”

“But the important thing for us to do right now is to work within the law as intensely and effectively as possible to protect people,” the mayor said during his daily briefing from City Hall.

De Blasio’s remarks came even though he appointed the judge who overturned the initial decision to set $20,000 bail for Jordan Burnette and instead set him free Sunday night.

Burnette, 29, is accused of smashing windows and glass doors at four Jewish houses of worship in the Riverdale section of the Bronx during an 11-day spree that began when he allegedly pulled the fire alarm at the Riverdale Jewish Center on April 21.

That synagogue was also the target of a bomb plot by four Muslim converts who were busted by the feds in 2009.

Nock tried to lock up Burnette even though a 2019 state law eliminated cash bail for most misdemeanors and non-violent crimes.

Nock said he believed that the “shattering of glass” amounted to a violent felony, adding, “I’ve taken a very close look at the law.”

Collins is a former Legal Aid lawyer who was appointed by de Blasio in 2017.

Burnette couldn’t be reached, but his mom, Sharon Burnette, told The Post by phone, “Our son is a really good guy but he’s struggling and we’re trying to get him help.”

She declined to comment further, saying his lawyer “told us not to say anything.”

Adidas is requiring some ad agencies to pay back more than 10% of their earnings, squeezing small firms