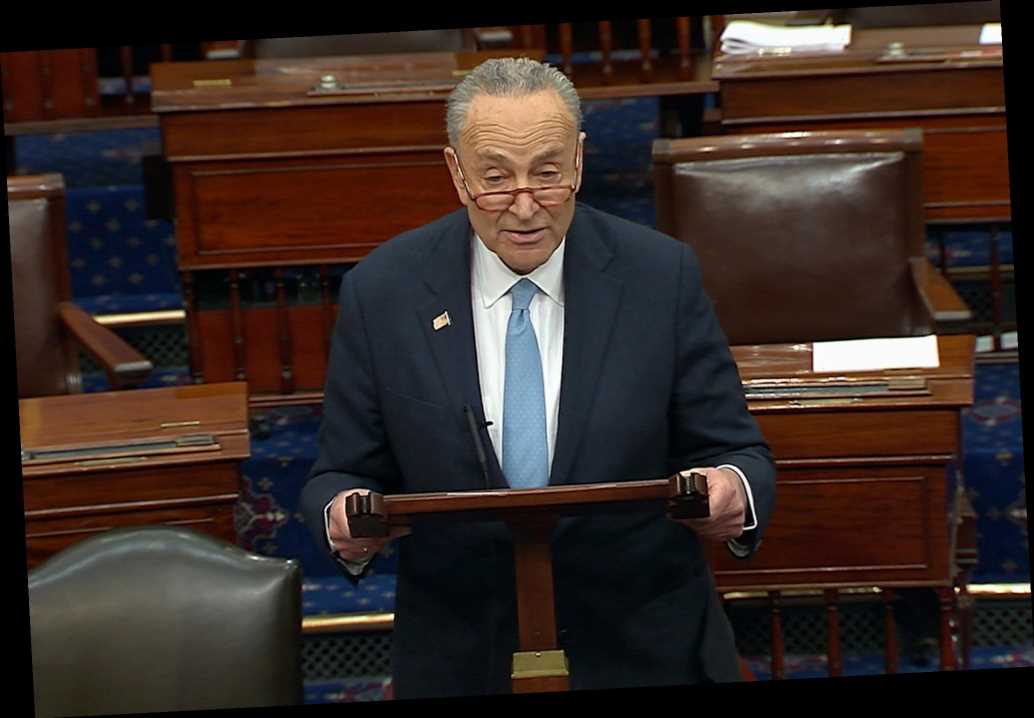 “I’ve seen the reports,” Sen. Sherrod Brown of Ohio told The Post. “I don’t have much feeling about it.”

Schumer was excoriated by Chief Justice John Roberts on Wednesday in a rare rebuke after he warned conservative Justices Neil Gorsuch and Brett Kavanaugh would “pay the price” if they voted to restrict abortion rights.

The Senate opened on Thursday to Majority Leader Mitch McConnell condemning Schumer for his “astonishingly reckless and complete irresponsible” remark, but Democrats instead tried to will the episode into nonexistence.

“I want to see his comments today,” Sen. Richard Blumenthal of Connecticut demurred when asked if he was troubled by Schumer’s remarks, delivered at an abortion rights rally on the steps of the Supreme Court as it heard a Louisiana abortion case.

“I really need to see what exactly he said,” he added, referring to the half-baked apology the New York senator delivered on the floor.

Pelosi, asked simply if Schumer’s comments were “inappropriate,” couldn’t bring herself to give reporters a straight yes.

“I believe he also said on the floor today that his words were not appropriate. And I support him in that,” she told reporters.

“It’s unfortunate because as you see, I think the Republicans say it’s OK if the president does it but it’s not OK if other people do it,” she added.

“It wasn’t right for anybody to do it,” she rambled on, referring to Trump’s tweeted criticism of Justices Sonia Sotomayor and  Ruth Bader Ginsburg, which don’t come close to the threatening language used by Schumer.

The senator tried to walk back his threats by claiming the remarks didn’t come out the way he intended because he was “angry” over abortion rights.

“I feel so deeply the anger of woman all across America about Senate Republicans and the courts working hand in glove to take down Roe v. Wade,” he said.