Tay Anderson, 22, made the announcement after the accusations surfaced during a recent Colorado House Judiciary Committee hearing regarding a bill that would make it easier for victims to sue places that employ child sexual abusers, the Denver Post reported.

“These unsubstantiated false allegations have caused a great deal of trauma to our entire district, and our students deserve better,” Anderson, who vows that he has “never sexually assaulted anyone,” said in a statement. 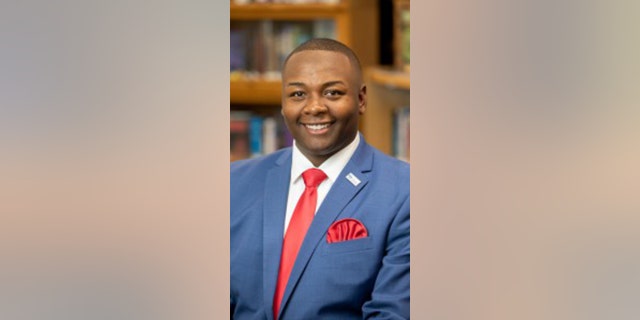 Tay Anderson says he is "stepping back from everyday board functions until the completion of the independent investigation".
(Denver Public Schools/ Board of Education)

“These false claims have put my family and I in harm’s way and now as a father and son I must protect those I love first, therefore I will be stepping back from everyday board functions until the completion of the independent investigation,” he added.

During the hearing, Mary-Katherine Brooks Fleming, a parent of three students in the district, testified that there is “a sexual predator targeting DPS children,” according to The Denver Post.

Fleming claimed there were 62 victims – all but one of which were illegal immigrants – saying Anderson was “in a position of trust,” The Washington Times reports.

“Individuals were coming to my home asking for medical attention. One was as young as 14 and needed stitches. All in all, 61 high school students and one recent graduate would turn to me for help,” she reportedly said.

Fleming added that the children “listed offenses from unwanted touching, which is a third-degree felony in this state, to violent acts of rape,” according to The Washington Times.

The Denver Public Schools board said in a statement to Chalkbeat Colorado that it “was made aware of testimony at the Colorado Capitol this week and was later informed that the accusations were against Director Tay Anderson.”

Separately, Denver Public Schools said Anderson’s colleagues “agree with his decision to step back from routine board functions and events until the conclusion of the investigation authorized by the Board on April 6.”

The district has already hired an outside firm to investigate Anderson after a Black Lives Matter group said in March that a woman came to them to report that he sexually assaulted her, according to Chalkbeat Colorado.

Regarding the more recent allegations, Anderson’s lawyer Christopher Decker said Monday that “to date, not a single allegation against Director Anderson has provided any time, place, individual, or details to which he can even respond,” 9News reports. “When and if this occurs, he will respond with specifics and corroborating evidence.”

A Denver Police spokesperson also told the station that they have not yet heard from any victims, who are encouraged to contact the department.