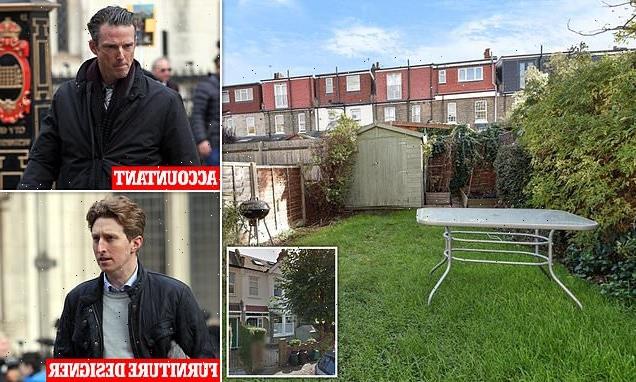 Furniture designer, 30, who found Japanese knotweed behind his shed when he moved into his £700k dream home successfully sues seller and leaves him facing £200,000 court bill after he denied plant was growing in garden

A furniture designer who found Japanese knotweed behind the garden shed after he moved into his £700,000 dream home has successfully sued the seller, leaving him facing a £200,000 court bill.

Mr Downing, who trained at the world-renowned Chippendale International School of Furniture, planned to make his home in the Edwardian terrace, as well as building a workshop in the garden.

But while tidying the garden soon after moving in, he discovered Japanese knotweed canes behind a large St John’s wort bush which was growing next to the shed. 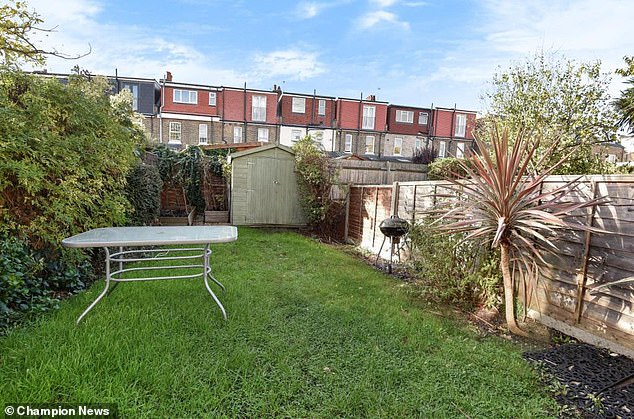 A furniture designer who bought his £700,000 dream home only to find Japanese knotweed lurking behind the garden shed (pictured) has successfully sued the seller 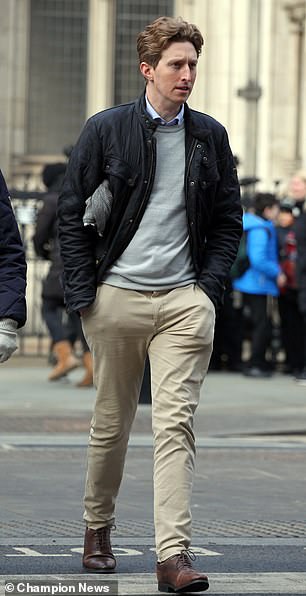 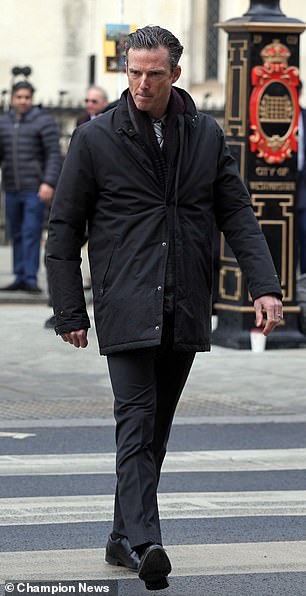 Japanese knotweed is an invasive species, notorious for its propensity to spread and cause damage to building structures, as well as the difficulty and expense of getting rid of it.

Do YOU live in one of Britain’s Japanese knotweed hotspots? Interactive map shows where the invasive plant is flourishing – with Bolton, Bristol and St Helens topping the list 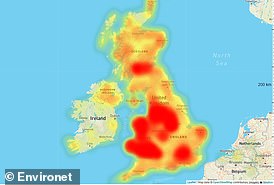 Mr Downing subsequently sued the former owner, demanding he pay damages for misrepresenting whether there was knotweed at the property when he sold it.

Mr Henderson had answered ‘no’ to the question on the TA6 property information form asking if the property had been affected by knotweed and argued that he ‘reasonably believed’ he was telling the truth when he did so.

He claimed he could not see the knotweed because of the large bush, which also probably stunted the weed’s growth before it shot up when the shrub was cut back after Mr Downing moved in.

But Judge Jan Luba KC threw out his defence and handed him a costs and damages bill of more than £200,000 after finding he did not genuinely believe his property had not been affected by knotweed at the time he sold it.

Outlining the case at Central London County Court, Mr Downing’s barrister Tom Carter told Judge Luba that an expert said the weed had probably been in the garden since at least 2012.

Mr Henderson had himself moved in in 2015, before selling up to Mr Downing in 2018, stating specifically in sales forms that there was ‘no’ knotweed affecting the property.

‘The defendant could have ticked “Yes”, “Not Known” or “No” – by ticking “No”, the defendant chose to positively assert there was no knotweed at the property and thereby made a misrepresentation,’ said Mr Carter. 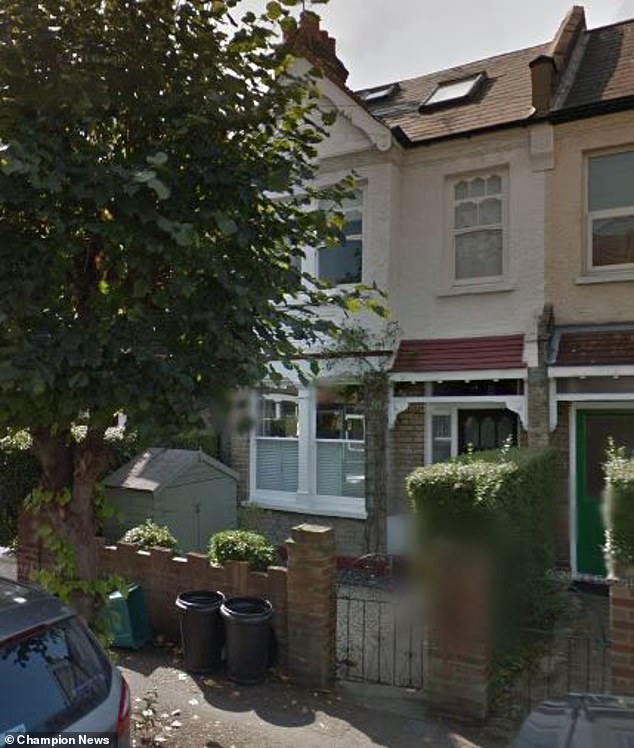 Mr Downing, who trained at the world-renowned Chippendale International School of Furniture, planned to make his home in the Edwardian terrace (above), as well as building a workshop in the garden

Mr Downing sued for £32,000 to cover the costs of investigating and excavating the plant, as well as the diminution in value of his home caused by the knotweed incursion.

Creeping advance of Japanese Knotweed that threatens to invade homes ‘like The Day of the Triffids’: Aerial photos show how ‘rampant’ 6ft tall weed has taken over local park and is edging closer to row of houses 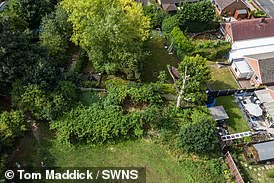 His barrister said there was no way that Mr Henderson could prove that he had a ‘reasonable belief’ that there was no knotweed present at the time he filled in the seller’s forms.

‘The defendant cannot discharge the burden on him of showing that he had reasonable ground to believe that the property was not affected by knotweed,’ he said.

Giving evidence, Mr Downing told the judge that – had Mr Henderson said it was ‘not known’ whether the property was affected by knotweed – he would have looked into it further.

But in his own evidence, Mr Henderson said he had no reason to think that there might be knotweed in his garden.

‘I had lived there for three years and spent quite a lot of time in the garden and hadn’t seen knotweed,’ he said.

‘I got a surveyor’s report when I moved in and it didn’t find any knotweed.

‘The main reason is it was hidden by the bush and quite likely to have been hampered by the bush.’

But Judge Luba said: ‘Everything turns on the specific facts of the act of representation and its individual circumstances.

‘Mr Henderson told me on oath that he genuinely did think there wasn’t any Japanese knotweed in his garden. He knew what it looked like and he had not seen any in the three years he had been there. His mother was a keen gardener and she made no report to him of Japenese knotweed. 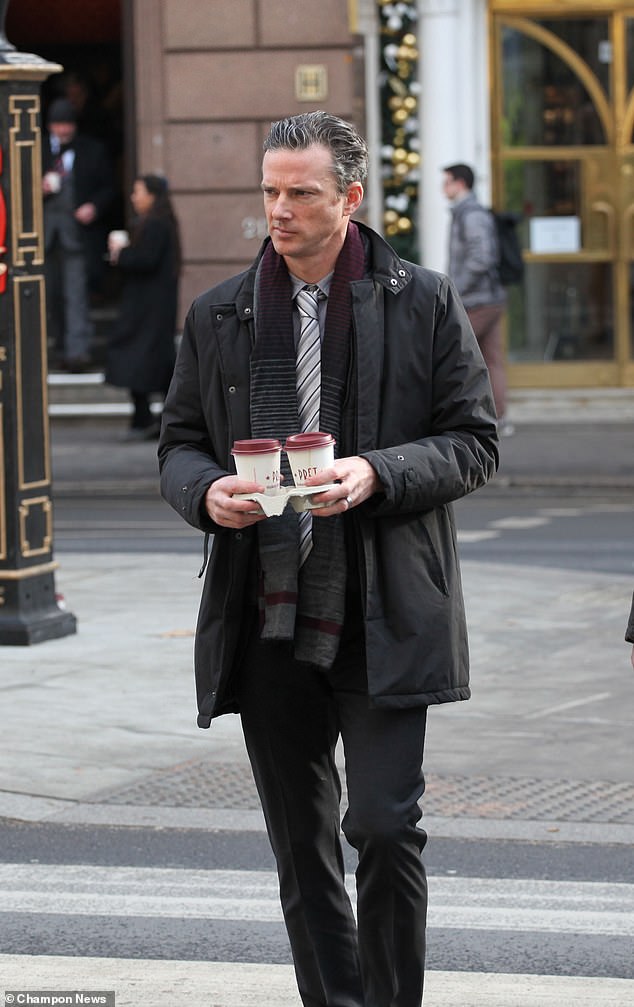 But while tidying the garden soon after moving in, he discovered Japanese knotweed canes behind a large St John’s wort bush which was growing next to the shed. Pictured: Mr Henderson outside Central London County Court

‘Had that evidence stood alone, he would have amply satisfied me of his reasonable belief that there was no Japanese knotweed at his property.’

Is THIS the key to ridding gardens of Japanese knotweed? Thermoelectric device zaps the invasive plant at the roots – but it will cost you £3,000 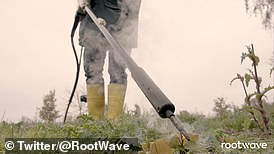 But he went on to say that Mr Henderson’s case had been undermined by his admission that he ‘didn’t know what was behind the shed’ where the knotweed was lurking.

The judge said his confidence in Mr Henderson’s story was ‘shaken’ further by evidence given by a joint knotweed expert, which suggested that knotweed canes had possibly stood 2m tall at one point and might have been ‘overhanging the neighbouring garden.’

There was also evidence that the weed had been treated with herbicide at some point in the past, he said.

‘The opinion of the single joint expert is that Japanese knotweed growing would have been visible in the garden,’ he continued.

‘I ask myself whether Mr Henderson genuinely did believe there was no Japanese knotweed affecting the property. I’m not satisfied he has met that burden.

‘Even if I am wrong and he did genuinely believe the answer, he has not shown me that he had any reasonable grounds for doing so.

‘The defendant is liable to the claimant for the sum of damages agreed.’

Has was ordered to pay the damages plus £65,000 costs on account within 21 days.

Last year, a homeowner told how a row with her neighbour over Japanese knotweed cost her an eye-watering £250,000 – after she dropped the price of her London townhouse by £150,000 and had to swallow £100,000 legal costs.

Charron Ishmael, 50, claimed retired NHS consultant Dr Sheila Clark, 72, knew she had the invasive plant in her adjacent garden in Islington, north London, for years, and chose not to have it removed or dealt with.

Charron revealed the dreaded weed forced her to drop the asking price of her family home in Islington, north London, which was originally valued at £1.1million. She finally sold it three months ago for £950,000.

Japanese Knotweed is a species of plant that has bamboo-like stems and small white flowers.

Native to Japan, the plant is considered an invasive species.

The plant, scientific name Fallopia japonica, was brought to Britain by the Victorians as an ornamental garden plant and to line railway tracks to stabilise the soil.

It has no natural enemies in the UK, whereas in Asia it is controlled by fungus and insects.

In the US it is scheduled as an invasive weed in 12 states, and can be found in a further 29.

It is incredibly durable and fast-growing, and can seriously damage buildings and construction sites if left unchecked.

The notorious plant strangles other plants and can kill entire gardens.

Capable of growing eight inches in one day it deprives other plants of their key nutrients and water.