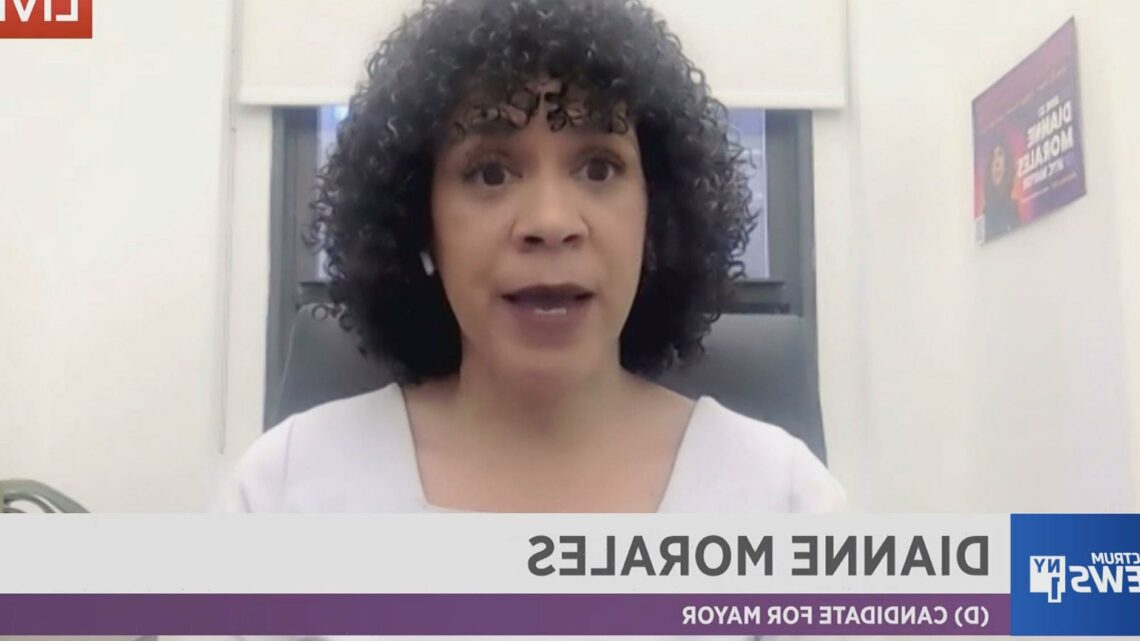 Adams, Yang gun for each other — and Garcia — as mayor’s race tightens

Progressive mayoral candidate Dianne Morales called the state of her chaotic campaign a “beautiful mess” as some staffers look to unionize amid ongoing internal turmoil.

“It’s a beautiful and messy thing, that they’re doing this,” Morales said Thursday during an appearance on NY1’s “Inside City Hall.”

“I think it’s reflective of the very transformative campaign that we have been running – that they’ve organized this way, and I’ve been fully supportive of that from the moment it was raised to me.”

But some workers under the union banner said the same day they decided on a work stoppage because four of their leaders were fired from the campaign.

Morales’ appearance came after a rocky week for the Gracie Mansion hopeful that included anonymous social media accusations that people of color on staff were paid less than white workers. The candidate acknowledged unspecified “harm caused” by some staffers on Wednesday as she announced three departures.

In her TV appearance, she said her support for the union was separate from decisions on “who the appropriate staff are.”

A statement from the “Dianne Morales for NYC Union” the same day as her appearance said a group of staff members told the candidate earlier this week about “a culture of manipulation, harassment and abuse.”

But four democratically elected leaders representing the staff to negotiate a contract were fired, the statement said. Three of them were black women and one was a queer white woman, according to the statement.

“They were terminated via email only minutes before a scheduled all-staff meeting, one in which we were prepared to calmly present our demands to move forward in order to create a space safe enough for staff to work in,” the statement said.

The members then agreed to a work stoppage, the statement said, although it doesn’t specify how many staffers are part of the agreement.

The turmoil set the stage for some pointed on-air questions from host Errol Louis.

“For the voters who are watching all of this take place, the question is if handling a couple of dozen people has this much turmoil for Dianne Morales, how are you going to manage a workforce of 300,000?” Louis asked.

“Just to be clear, the folks who are engaging in the unionizing effort and the work stoppage are not reflective of the entire staff, there are campaign staff in the office hard at work right now,” Morales replied.

“This is a, sort of, beautiful mess here.”

“And, I think there’s multiple things happening at the same time, which is exactly what would happen as Mayor of New York City,” she added.

She needed to do “multiple things at the same time,” she told Louis.

“So, I think this is a reflection of what it would look like to be on the job and I’m very comfortable with the way I’m handling it.”

Morales’ campaign had been reeling ahead of the internal strife after it was revealed earlier this month that a 2003 city investigative report found she participated in a scheme to bribe a corrupt city official to nix a $12,000 sewer bill – and then lied about it.

The mayoral primary is June 22, and it’s the first major election to use the new ranked-choice voting system, where voters select their picks of five candidates in order. The new system will avoid the need for a runoff election.

Storage Bins for Every Kind of Clutter