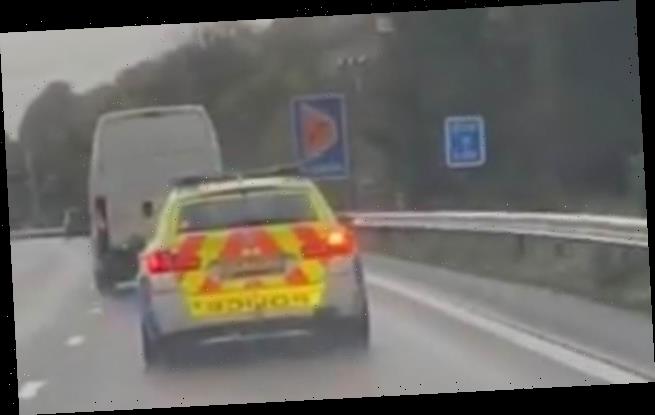 White van ban? Suspected drink-driver swerves across lanes on a busy M25 apparently oblivious to the police car tailing it with lights flashing

This is the moment police began tailing a white van on a busy motorway which was swerving all over the carriageway.

A member of the public rang police after spotting the van driving erratically along the M25 between junction 5 and 6 around 3pm on Saturday.

The van, which was swaying for several miles was followed by a motorist who alerted police. 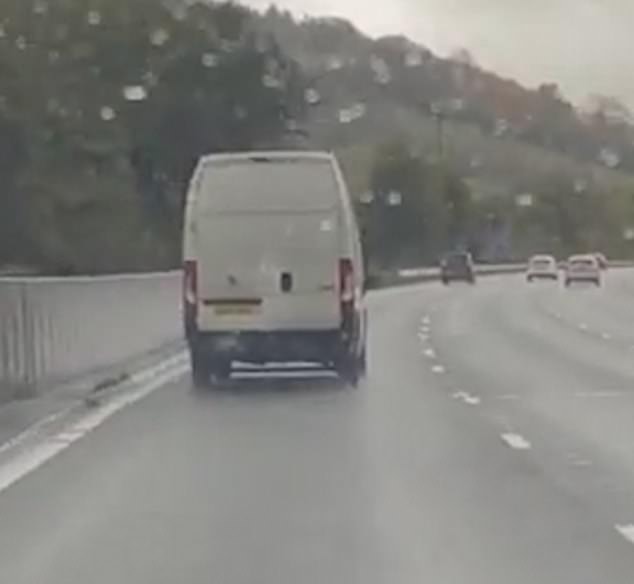 The white van, pictured, swerved between lane one and lane two of the M25 for more than 20 minutes until he was intercepted by police in Surrey 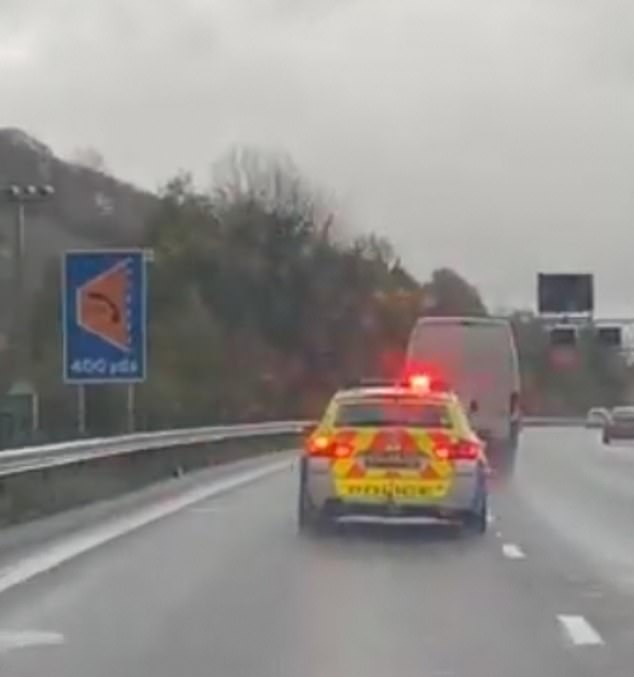 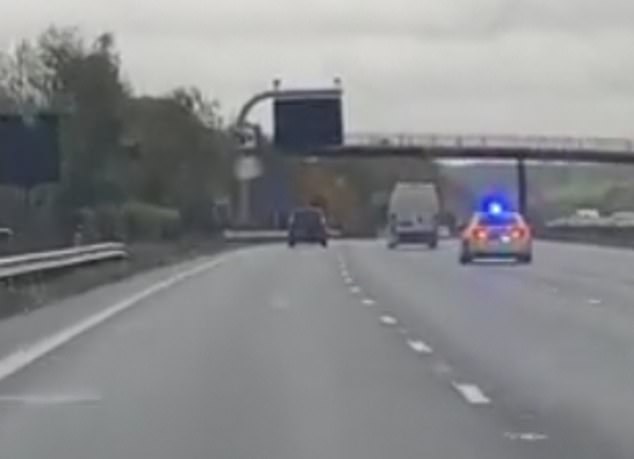 The driver of the white van, James Aaron Mantell, 44, from Erith, Kent was arrested on suspicion of drink driving and later charged to appear in court next month

Surrey Police told MailOnline, the van’s driver, James Aaron Mantell, 44, from Erith, Kent, was arrested on suspicion of drink driving and later charged with driving a motor vehicle with an alcohol level above the limit.

Mantell was ordered to appear before Guildford Magistrates’ Court on November 23.

The incident happened near Biggin Hill.

Steve Hook, who posted the footage online said he had been following the van for approximately 25 minutes and alerted the police.

He said he noticed the erratic driving at Junction 11 and was asked by police to keep them updated until their patrol car could get to the scene.

According to the footage, the van swerved between lane one and lane two without indicating.

When the police car pulls in behind the van, the driver does not appear to see the squad car’s lights flashing and continues swerving between lane one and lane two.

The squad car attempts to attract the attention of the van driver by moving into lane two so the driver might see the flashing lights in his wing mirror.

The van pulls across to the middle lane to overtake a slower-moving vehicle before swerving back to lane one.

The van driver ignores several emergency stopping points on the section of smart motorway which has lost its hard shoulder.

What does Ashley Biden really do for a living?
Recent Posts 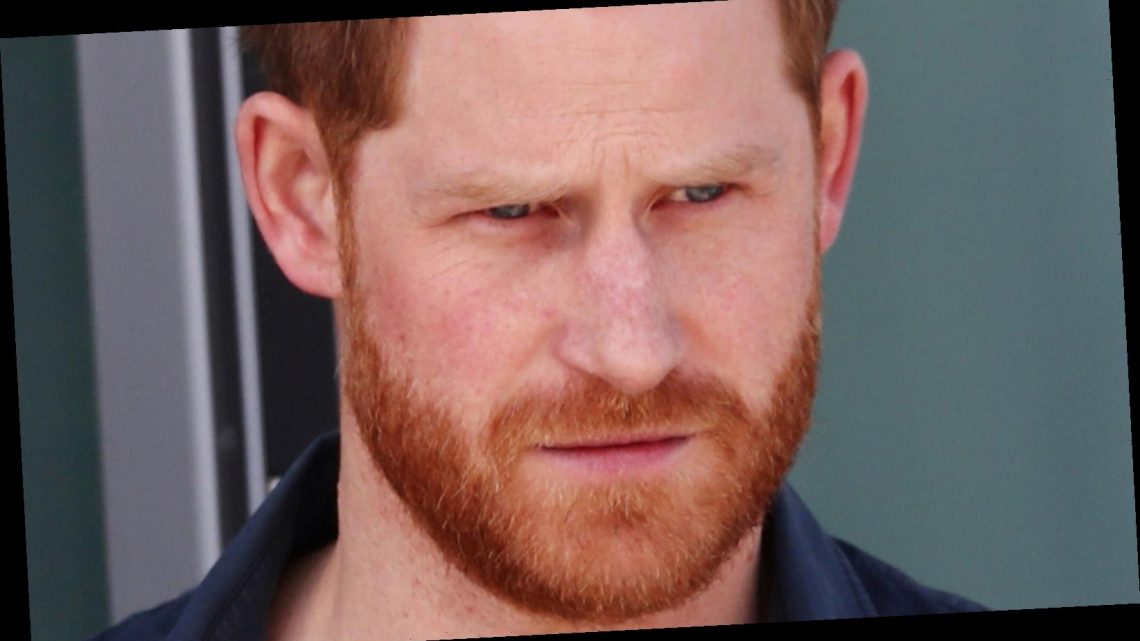 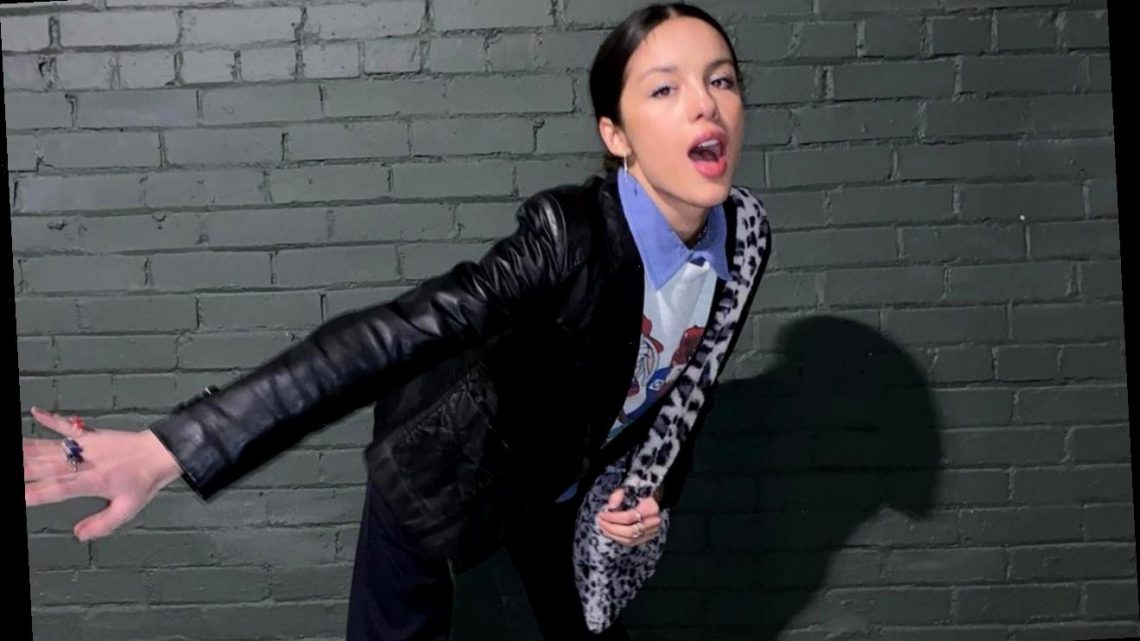 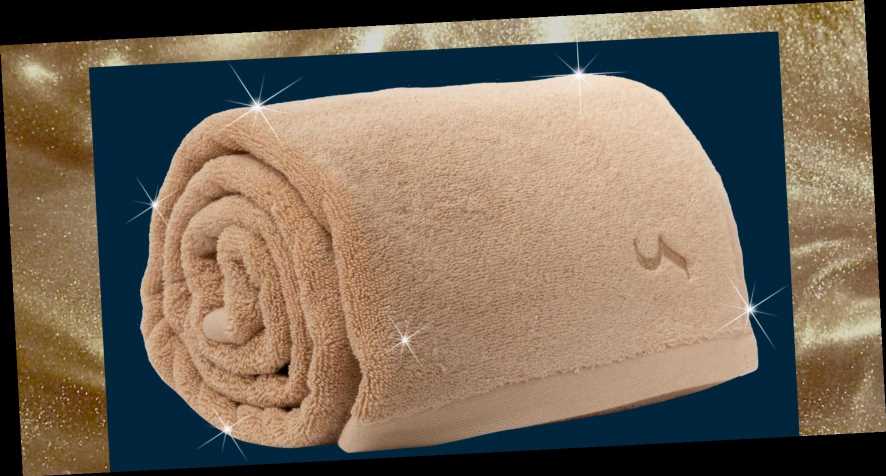