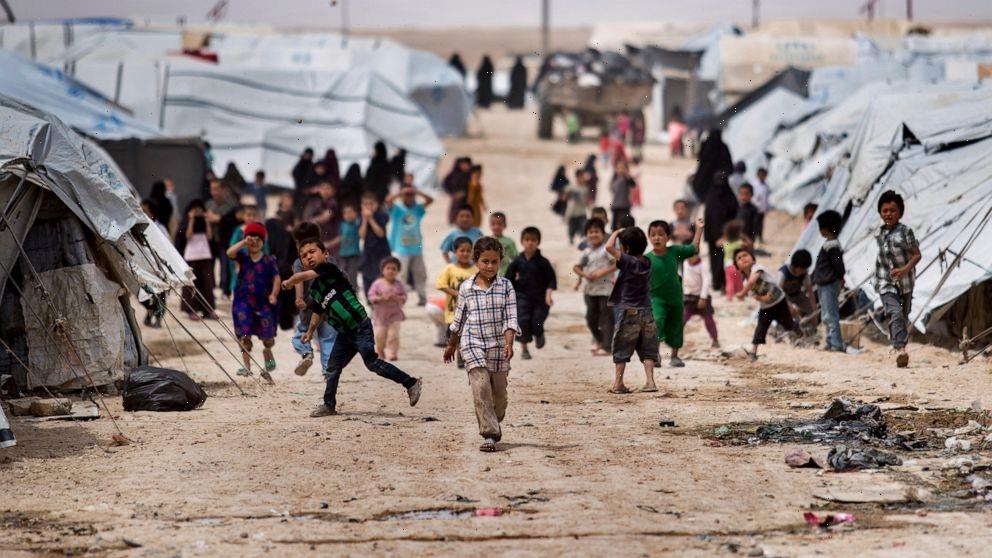 QAMISHLI, Syria — The Kurdish-led administration in Syria’s northeast handed over on Saturday to the Netherlands a Dutch woman, her two young sons, and a Dutch girl, who lived in a camp for families of alleged Islamic State militants.

A delegation from the Netherlands led by special envoy to Syria Emiel de Bont received the four in Qamishli city, at the Kurdish administration’s offices. The group will be taken home and Kurdish authorities say the adult woman faces no criminal charges by his administration.

The move was a small step to resolve a complicated issue for European and Middle Eastern countries— what to do with the thousands of their citizens who have traveled to territories held by IS militants in Syria and Iraq.

At a news conference organized for the handover, De Bont said the four had been living in a small settlement known as Roj camp, holding mostly western women who had travelled to Syria and Iraq, and their children.

“This is a very specific consular legal mission which my government has decided to undertake because a Dutch court of law issued rulings in these specific cases,” De Bont said. He gave no further details about the rulings.

It was the second time Dutch nationals have been repatriated from camps in northeast Syria, where thousands of foreigners and Iraqis have been living since the defeat of the extremist group in 2019. Two Dutch orphans were repatriated in June 2019.

European countries have been reluctant to repatriate their nationals living in such circumstances. Most are concerned that there is not enough evidence to try those who had joined the militant group, or fear they maintain links to IS.

A Dutch court ruled last year that authorities are not obliged to repatriate a group of 23 Dutch women and their 56 children currently detained in Northern Syria. Experts said there would be exceptions for individual cases.

The Syrian Kurdish authorities, who were part of the international coalition that fought against IS, say the camps where over 70,000 IS family members are staying are a security threat and a burden. The Kurds are still fighting off militants on the run, and fear the camps may also hold some active IS members.

“The International community must bear its responsibilities regarding bringing those militants to trial and repatriating their nationals,” said Syrian Kurdish official Abdulkarim Omar. He pleaded for assistance to manage another camp, the larger, sprawling al-Hol, which he called “the most dangerous camp in the world.”

Aid groups have described dire conditions in al-Hol, which Syrian Kurdish officials have struggled to control and where killings have been on the rise. They are believed to be carried out by IS supporters as punishment against those who stray from the group’s extreme ideology.

Thousands are also held in prisons, with formal legal procedures and trials held only rarely.