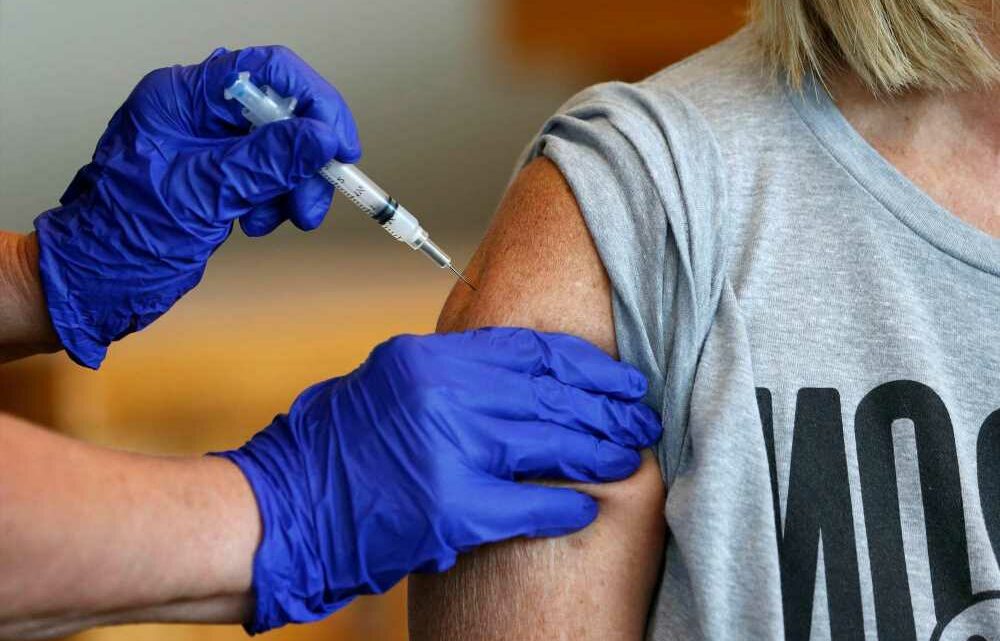 Ex-FDA head: Delta variant will be most serious virus for unvaccinated

American teen tennis star out of Olympics due to COVID

The former FDA head has warned the Delta variant could be the “most serious” disease that unvaccinated Americans get in their lifetime — as the highly contagious strain fuels rising infections in all 50 states.

“This virus is so contagious, this variant is so contagious that it’s going to infect the majority — that most people will either get vaccinated or have been previously infected or they will get this Delta variant,” Dr. Scott Gottlieb said on “Face the Nation.”

“And for most people who get this Delta variant, it’s going to be the most serious virus that they get in their lifetime in terms of the risk of putting them in the hospital.”

The Delta variant has driven a rising number of cases in all 50 states, with the latest projections indicating that the strain is responsible for at least 57 percent of new infections, according to the Centers for Disease Control and Prevention.

Health officials have called the surging cases a “pandemic of the unvaccinated,” as the virus has turned regions of the country with low vaccination rates into hot spots.

Seven-day averages for new infections are up 70 percent this week compared to the prior seven days to about 30,000 a day.

But Gottlieb warned that the outbreak may be far worse than current figures indicate.

“I think that this Delta wave could be far more advanced than what we’re detecting right now in our ascertainment,” he said. “The number of cases we’re actually picking up could be lower at the peak of the epidemic in the wintertime [when] we were probably turning over one in three or one in four infections.”

Gottlieb estimated that testing accounts for as few as 1-in-20 cases currently in the US.

“We might be picking up something on the order of one in 10 or one in 20 infections right now because more of those infections are occurring in people who either won’t present protesting or they’re mild infections and they’re self-limiting,” he said.

“In areas where there are low numbers of vaccinated people, where cases are rising, it’s very reasonable for counties to take more mitigation measures, like the mask rules coming out of LA. And I anticipate that will happen in other parts of the country,” Murthy said on ABC’s “This Week.”