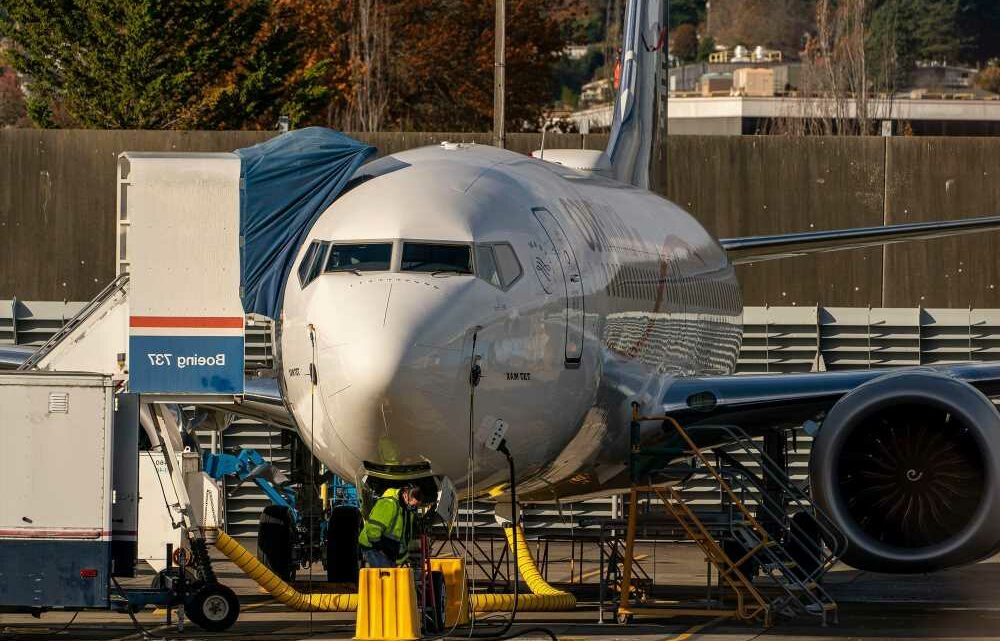 The Federal Aviation Administration has issued a directive to airlines to inspect cabin air pressure switches in all Boeing 737s for possible failures — which could lead to pilots not being warned about a dangerous loss of oxygen.

The FAA’s directive — which covers 2,502 US-registered jets among 9,315 worldwide — was prompted after an operator reported in September that both switches failed tests on three aircraft, according to Reuters.

Airlines were instructed Thursday to conduct repetitive tests of the switches and replace them if necessary.

The federal agency said failures could result in the cabin altitude warning system not activating if the internal altitude exceeds 10,000 feet, at which point oxygen levels could become perilously low.

Airplane cabins are pressurized to the equivalent of not more than 8,000 feet.

The FAA said the tests must be conducted within 2,000 flight hours since the last test of the cabin altitude pressure switches, before planes have flown 2,000 hours, or within 90 days of the directive’s effective date.

Boeing initially reviewed the matter, including the expected failure rate of the switches, and found it did not pose a safety issue.

After a subsequent probe and analysis, FAA and Boeing determined in May that “the failure rate of both switches is much higher than initially estimated, and therefore does pose a safety issue.”

Boeing, which declined to say what the failure rate was, said it supports “the FAA’s direction, which makes mandatory the inspection interval that we issued to the fleet in June.”

The directive did not report any in-flight failures of the switches.

The FAA said it “does not yet have sufficient information to determine what has caused this unexpectedly high failure rate.”

In 2012, the agency mandated all Boeing 737s utilize two switches to provide redundancy in case of one switch’s failure.

The directive covers all versions of the 737s, including the MAX, but is unrelated to any issues related to the MAX’s return to service in November.

Princess Charlene got a ‘sinus lift’ before she went to South Africa, okay?
Recent Posts