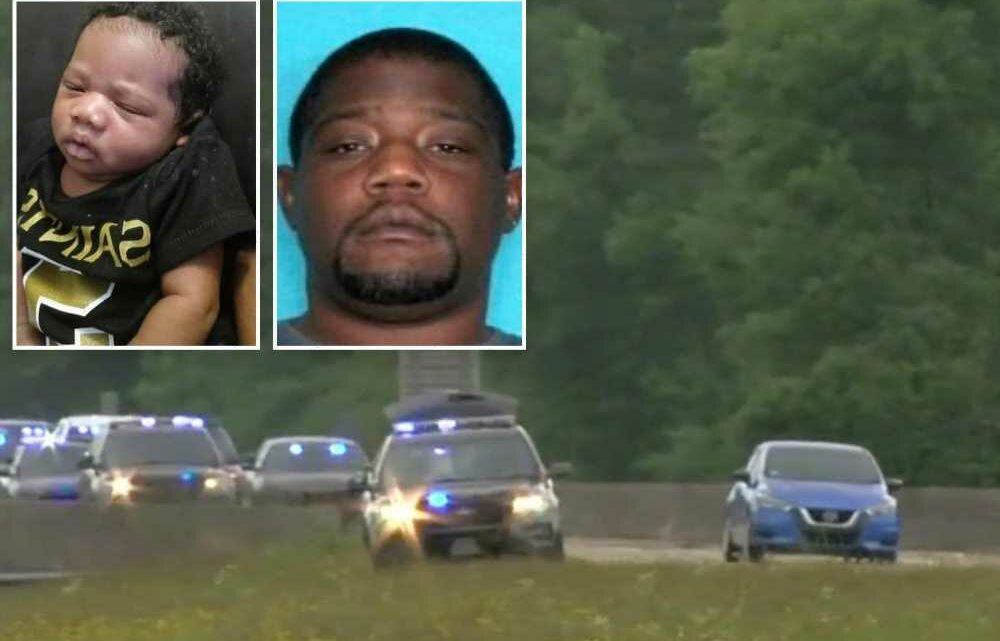 A heartless father accused of abducting his infant son used the boy as a human shield during a shootout with Mississippi police, according to a report.

Smith was later spotted on Interstate 10 near the Louisiana-Mississippi state line, setting off a police chase that ended in Harrison County with him using his biological son as a human shield from officers’ gunfire, a law enforcement source told the station.

Smith died in the shootout with Biloxi police, while his son was pronounced dead early Tuesday morning.

“Despite the efforts of medical staff, the child passed away as a result of the injuries sustained,” Biloxi police said in a statement. “As stated, the investigation is ongoing at this time.”

The boy’s autopsy was scheduled for Wednesday to determine his exact cause of death, WLOX reported.

Christin Parker and her nephew were gunned down at Parker’s home in an unincorporated area of Baton Rouge Parish near Baker, Louisiana, WLOX reported.

A Biloxi police officer and a Harrison County sheriff’s deputy who were involved in the shootout with Smith are on now administrative leave, WALA reported.