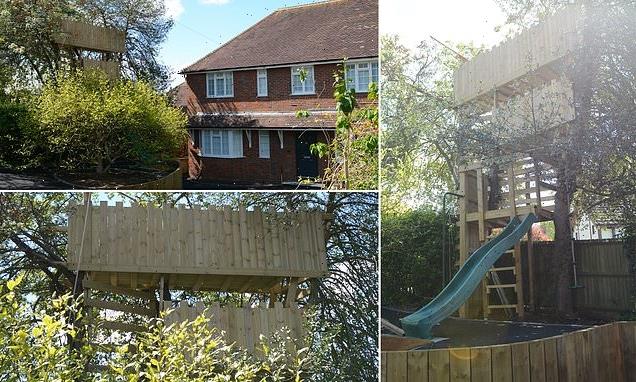 A father who spent three months during lockdown building a three-storey treehouse for his children has been ordered to demolish it over ‘health and safety’ fears.

Kai Grunwald, 40, built the 16ft-high treehouse in the front garden of his home in Berkhampstead, Herts. for his two daughters Kara, six, and Kayleigh, four.

But the £1,200 project could now be torn down because Mr Grunwald did not secure planning permission for the structure.

Mr Grunwald was in the final stages of construction when he was sent a letter from Dacorum Borough Council ordering him to take it down within 28 days.

The high-flying executive is adamant the council’s safety concerns are misplaced.

He said: ‘The bolts going into the tree are six inches long and I have been building stuff like this my whole life. I don’t think it is a health and safety risk, those trees are not coming down and the structure is not falling down.’ 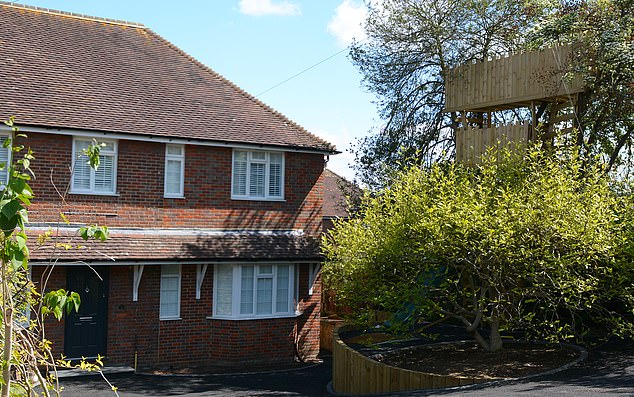 Kai Grunwald, 40, built the 16ft-high treehouse (right) in the front garden of his home in Berkhampstead, Herts. for his two daughters Kara, six, and Kayleigh, four 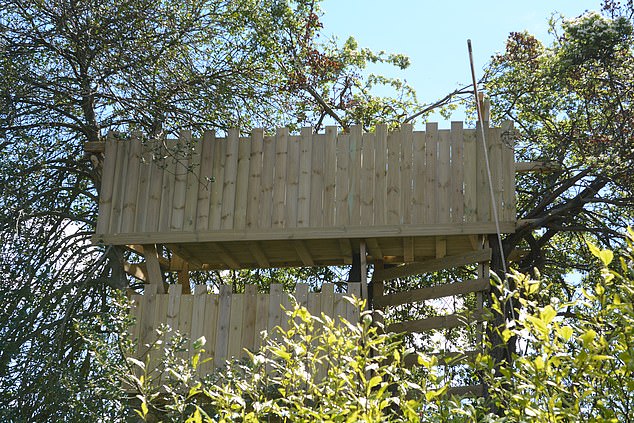 The £1,200 project (pictured) could now be torn down because Mr Grunwald did not secure planning permission for the structure

The letter warned the family ‘no verandas, balconies or raised platform, over 0.3 in height, are allowed without planning permission’.

It added: ‘The location of this treehouse also presents further issues with visual impact on the street scene and is not in character with the area. There is also a safety concern with the treehouse being over the footpath of Queens Road.’

But Mr Grunwald said he had just spend £24,000 refurbishing the front of the house and the area underneath the treehouse was formerly a ‘mud pit’.

He told MailOnline: ‘I am quite happy to apply for planning permission retrospectively and work with the council but they have just shut me down.

‘The house has not had any attention for 40 years, we have just spent £24,000 refurbishing the front of the house, the whole area where the treehouse is now was a mud pit when we moved in.

‘I find it really annoying that the council says it doesn’t fit the visual aesthetics of the road, we have spent a lot of money to make the house look smart and I just popped a treehouse on there which I did not think was offensive.’ 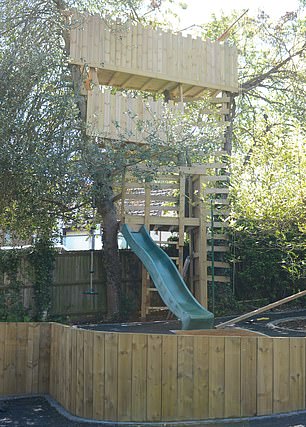 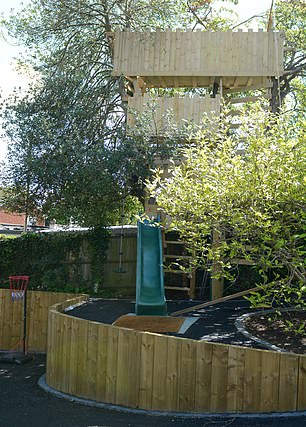 Mr Grunwald said he had just spend £24,000 refurbishing the front of the house and the area underneath the treehouse was formerly a ‘mud pit’

He said the structure was safe because it regularly held his weight.

‘I have been building it and I weigh 100kg and I have been all over the treehouse, bouncing up and down on it as I have gone,’ he said. ‘I am comfortable it is built properly.’

The treehouse began as a lockdown project to entertain his daughters while they were kept home from school because of coronavirus.

He said: ‘I started building it one weekend and they were loving it. Everybody walking by was saying this was so much fun, all while the world was being miserable.

‘The girls are playing on it every day, they are up and down it all day long, it was their main activity in lockdown. They take their toys up there and wave at people going past and just have a play.’

There was no plan when MrGrunwald started the project, but it gradually grew into a three-storey endeavour.

He added: ‘I had zero plan when I built it, I did the first platform and then I thought it would be fun to have another one and then the girls egged me on to finish it off.

‘It was partly for them but I also have to admit it was quite fun building it, especially because it gave people walking by something fun to talk about. 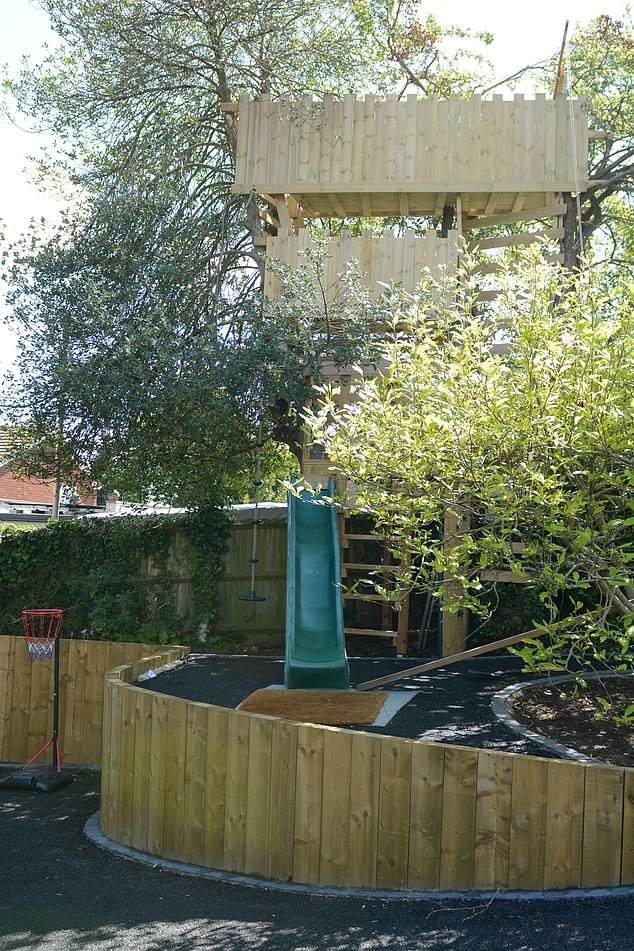 There was no plan when MrGrunwald started the project, but it gradually grew into a three-storey endeavour

‘I had some lovely chats with people passing by saying how much fun it was.’

The strategy director said he worked on it each evening after work and made so many trips to the nearby builder’s merchants for supplies he was known as ‘the treehouse guy’.

The family plan to do a survey of local residents to get their views on the structure and then offer a compromise to the council in a desperate effort to keep it and avoid ‘devastating’ the children.

Mr Grunwald said: ‘I am running a little local poll in all the streets in the area, I am dropping a flyer through peoples’ doors to say, I got carried away, I hope I have not offended you and will you give me your opinion on the treehouse.

‘They can answer four different ways because I would like to know what people really think.

‘If they come back and say it is offensive then I will take it down straight away. But one of the options is I take the top two levels down and just leave the bottom.

‘What I really want from the council is for them to engage with me in a reasonable way to find a compromise. Why should I upset my children when we could find a way to work through it?’

The treehouse features ladders, monkey bars and even a swinging seat. Mr Grunwald said: ‘Once I have the results of the poll I am going to go back to them and show the council what the local community really thinks about it.

‘I totally understand that we need rules but there is a point where it is a bit silly to not at least allow me to apply for planning permission retrospectively and find a compromise.’

And Mr Grunwald thinks this will be the last treehouse he will build for his daughters: ‘I have learned my lesson on this one, I won’t do another one for a while.

‘But, all I want from this saga is for the council to agree to have a discussion so I can tell the kids that while I have to take some of it down, we can still keep the slide and the swing as a place to play outside.’