Home » World News » Fauci was warned that COVID-19 may have been ‘engineered,’ emails show 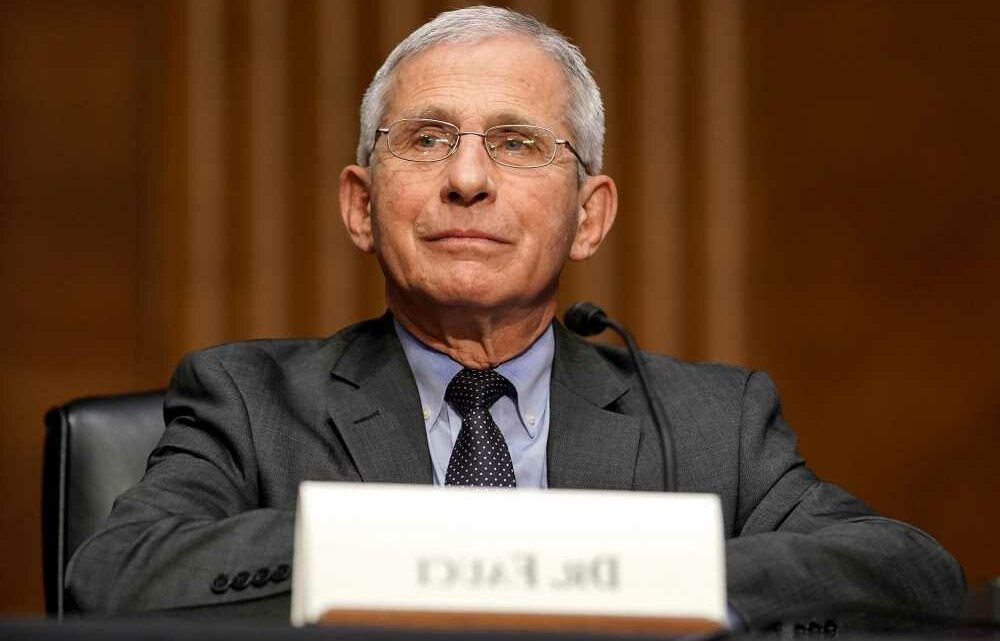 Fauci was warned that COVID-19 may have been ‘engineered,’ emails show

Get a shot, grab a beer: WH teams up with brewer for COVID vax giveaway

Dr. Anthony Fauci was warned that the coronavirus had possibly been “engineered” and appeared to be taking reports about it seriously — at the same time he was publicly downplaying the notion of the virus being created in a lab, according to his emails.

Meanwhile, Fauci, America’s top expert in infectious diseases, also got a “personal thank you” for backing the “natural origin” theory from the head of a nonprofit that used a $3.4 million government grant to fund research at the Chinese lab suspected of creating the virus, the emails show.

On Jan. 31, 2020 — more than two months before the World Health Organization characterized COVID-19 as a pandemic — Fauci sent an email to US virus researcher Kristian Andersen and Sir Jeremy Farrar, who runs a global health charity in Britain.

Fauci forwarded them a copy of a Science magazine article titled, “Mining coronavirus genomes for clues to the outbreak’s origins.”

“This just came out today. You may have seen it. If not, it is of interest to the current discussion,” wrote Fauci, the longtime head of the National Institute of Allergy and Infectious Diseases.

Andersen, who runs a viral genomics lab at Scripps Research in La Jolla, Calif., wrote back, “The problem is that our phylogenetic analyses aren’t able to answer whether the sequences are unusual at individual residues, except if they are completely off.

“The unusual features of the virus make up a really small part of the genome (<0.1%) so one has to look really closely at all the sequences to see that some of the features (potentially) look engineered,” he wrote.

Andersen also noted that he and others “all find the genome inconsistent with expectations from evolutionary theory” but added that “there are still further analyses to be done, so those opinions could still change.”

Just two days later, on Feb. 2, 2020, Farrar sent a brief email to Fauci and other US health officials in which he asked for a conference call “later tonight or tomorrow” to discuss their response to a pending announcement from the WHO.

Farrar then added, “Meanwhile….” and a link to an article at the “ZeroHedge” website with the headline, “Coronavirus Contains ‘HIV Insertions’, Stoking Fears Over Artificially Created Bioweapon.”

Fauci responded to that email by forwarding the email chain to Dr. Francis Collins, director of the National Institutes of Health, and asking, “Do you have a minute for a quick call?”

The 3,200-plus pages of Fauci’s emails — posted online Tuesday by BuzzFeed, which obtained them through the Freedom of Information Act — also show that he and Collins corresponded in April 2020 about Fox News reporting on “increasing confidence that the virus — Covid-19 — started in a Wuhan lab.”

In an April 16, 2020, email to Fauci and other US health officials, Collins sent a link to a Mediaite report about a discussion on Fox News’s “Hannity” program.

Collins’ email bore the subject line “conspiracy gains momentum,” but its entire contents were blacked out, other than the link and his name at the end.

Fauci responded to Collins’ email, but whatever he wrote was also blacked out.

Meanwhile, two days after Collins sent his email, Fauci received a message from Peter Daszak, a zoologist and president of the EcoHealth Alliance.

“I just wanted to say a personal thank you on behalf of our staff and collaborators, for publicly standing up and stating that the scientific evidence supports a natural origin for COVID-19 from a bat-to-human spillover, not a lab release from the Wuhan Institute of Virology,” Daszak wrote on April 18, 2020.

“From my perspective, your comments are brave, and coming from your trusted voice, will help dispel the myths being spun around the virus’s origins.”

The next day, Fauci wrote back: “Many thanks for your kind note.”

The five-year grant was renewed for a total of $3.7 million in 2019, but it was canceled in April 2020 under then-President Donald Trump on grounds that the research didn’t align with the NIH’s “program goals and agency priorities,” the Journal said.

During April 2020, Fauci repeatedly made public statements suggesting that the coronavirus was the result of an “unusual human-animal interface” in a Chinese “wet market” and that “the mutations that it took to get to the point where it is now is totally consistent with a jump of a species from an animal to a human.”

The following month, he was also adamant that he didn’t believe the coronavirus was man-made.

“If you look at the evolution of the virus in bats and what’s out there now, [the scientific evidence] is very, very strongly leaning toward this could not have been artificially or deliberately manipulated,” he told National Geographic in an exclusive interview published May 4, 2020.

“Everything about the stepwise evolution over time strongly indicates that [this virus] evolved in nature and then jumped species.”

But during an event earlier this month called “United Facts of America: A Festival of Fact-Checking,” Fauci was asked if was “still confident” that the virus evolved naturally.

“No, actually … I am not convinced about that, I think we should continue to investigate what went on in China until we continue to find out to the best of our ability what happened,” Fauci said.

“Certainly, the people who investigated it say it likely was the emergence from an animal reservoir that then infected individuals, but it could have been something else, and we need to find that out.”

He aded: “So, you know, that’s the reason why I said I’m perfectly in favor of any investigation that looks into the origin of the virus.”

Last week, Fauci admitted to lawmakers that the NIH had allocated $600,000 to the Wuhan Institute of Virology over a five-year period to fund research on whether bat coronaviruses could be transmitted to humans. The money was sent via the EcoHealth Alliance.

Fauci and Collins have denied that the money went to fund so-called gain of function research, which Fauci defined last week as “taking a virus that could infect humans and making it either more transmissible and/or pathogenic for humans.”

But the pair has acknowledged that there is no way to know whether scientists at the institute conducted gain of function research outside the scope of the grant.

The “lab leak” theory gained traction last month after the Wall Street Journal reported that three researchers at the lab became so ill in November of 2019 that they sought hospital treatment.

Though it is not clear whether the workers contracted the coronavirus, their hospitalization coincides with the period when most experts believe the virus was spreading through the city of Wuhan.

President Biden has since ordered the intelligence community to undertake a 90-day review of all evidence pertaining to the origin of the virus.

Andersen, however, tweeted last month that he now thinks a lab leak was “unlikely” despite the concerns he raised in early 2020.

Anderen said extensive research, including “signs of engineering” and “common cloning techniques” produced “Nothing. Nada. Zilch,” and led to the publication last year of a peer-reviewed paper in which “we describe that no matter how we looked at the data, it was consistent with natural evolution and emergence of SARS-CoV-2 — with no signs of lab involvement.”

“However, as the report concludes, it is extremely unlikely, given much more likely competing hypotheses.”