Home » World News » ‘Finally’: France to offer free birth control to all women up to 25

‘Finally’: France to offer free birth control to all women up to 25

Paris: France will offer free birth control and medical visits about contraception to all women up to the age of 25 starting next year.

The measures will start on January 1, Health Minister Olivier Veran announced on France-2 television on Thursday.

All contraceptive methods were already free for girls up to 18 years old, and that is being expanded to all women up to 25. Abortions in France are free for all women. 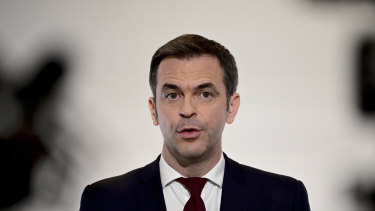 Veran said young women were using contraception less than they used to, and that the main reason was financial. He didn’t cite specific data. The national healthcare system covers some birth control costs but not all of them.

“It’s intolerable that women aren’t able to protect themselves, aren’t able to use contraception if they make that choice, because it would cost too much,” Veran said.

The measure will cost the government about €21 million (nearly $34 million) per year, he said.

“Finally!” tweeted Alyssa Ahrabare of activist group Osez le feminisme. “The high price of medical consultations and contraception blocks access for several women to this essential right that allows them to keep control of their bodies and lives.”

The minister didn’t address contraception methods for men, or specify whether the measure would apply to trans and nonbinary people. The Health Ministry did not respond to queries seeking clarification.

Several other European countries offer free or subsidised contraception. Contraceptive methods cost nothing in Britain, for example, and Spain’s health system provides funding for 48 different birth control methods, and those administered in health centres are free.

The new policy comes as other jurisdictions tighten access to abortion. A near total ban on abortion – even in the case of rape or incest – came into effect in Texas on Wednesday making it the most restrictive state in the US and attracting a lawsuit by the Justice Department. Poland banned almost all abortions in January.