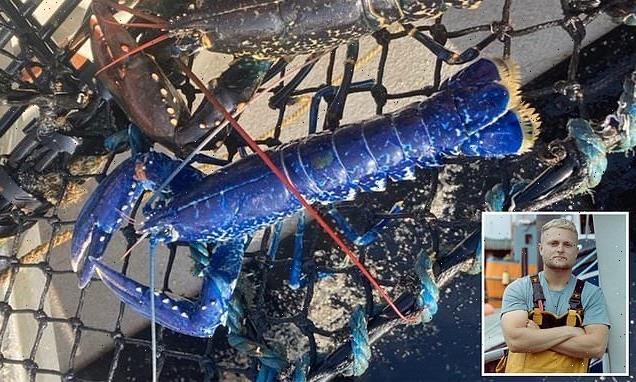 An extremely rare blue lobster was discovered by a fisherman off the coast of Cornwall before being released back into the sea.

Tom Lambourn, 25, from Newlyn, had been fishing off the coastal town of Penzance when he captured the foot-long colourful crustacean in his lobster pot.

The fisherman photographed the rare ‘one-in-two-million’ creature before releasing it back into the sea as it was ‘too small to bring into land’.

He said: ‘With every pot you never know what is going to be inside, and I’ve certainly never seen one that colour before. 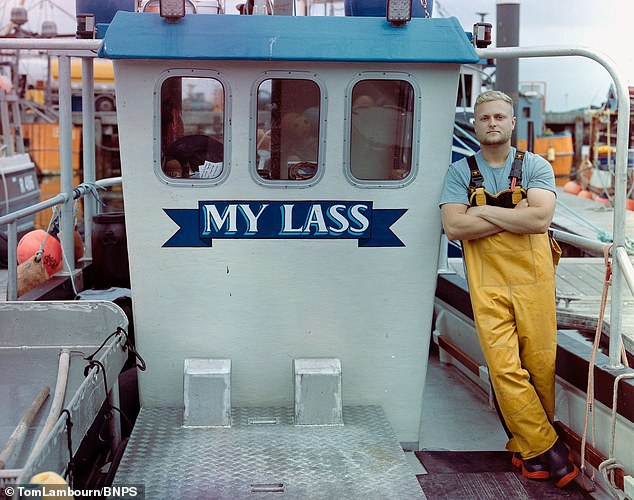 Tom Lambourn (pictured), 25, from Newlyn, had been fishing off the Cornish coast when he captured the colourful crustacean

‘This is only my second fishing season so I think I’ve been very lucky.

‘I measured it and it was undersized so there was never any thought of keeping it.

‘If it had been bigger, I would have taken it to the National Hatchery.

‘I sent them some photos of the lobster and they told me it is one-in-two-million so that is quite special.

A spokesman for National Lobster Hatchery in Padstow, Cornwall, said: ‘It is a pretty rare colour morph to come across, about one in two million chance, so we were amazed when Tom sent us the photo of it.

‘The lobster was too small to bring in to land so was popped back in the sea so it can keep growing.

‘Who knew that a crustacean could be so vibrant?’

‘The skipper threw it back as it was under the length you are allowed to catch lobsters in Cornwall (12ins). 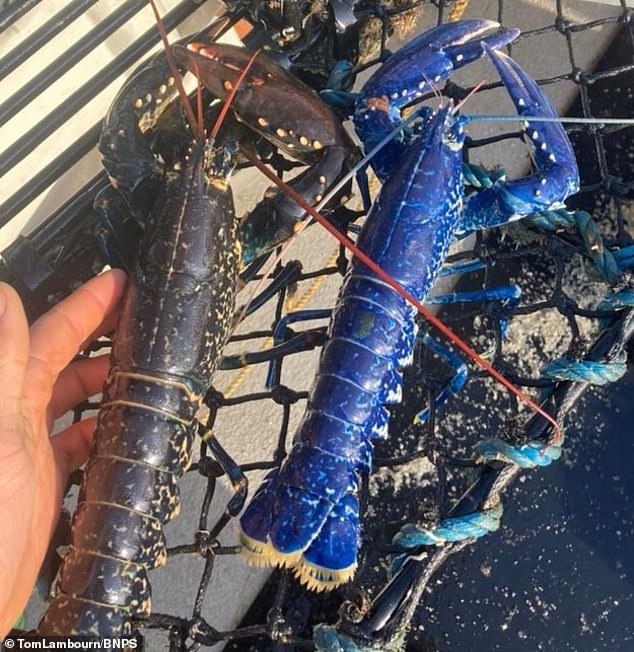 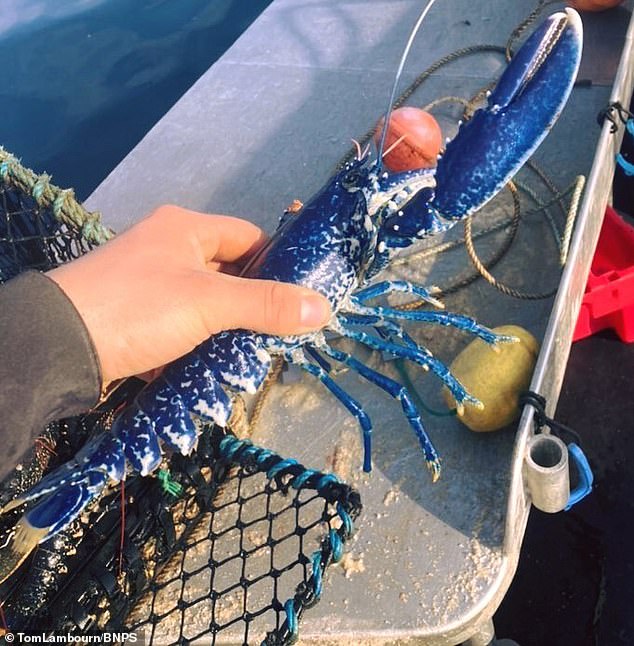 ‘Blue lobsters have a different colour pigmentation in their shells which means they find if much harder to camouflage so they get preyed upon, reducing their numbers.’

In 2005, Professor Ronald Christensen, at the University of Connecticut, discovered that blue lobsters acquired their colour as a result of a genetic defect.

The defect causes the lobsters to produce excessive levels of a protein that combines with a red carotenoid molecule known as astaxanthin.

This then forms a blue complex known as crustacyanin and it is this that gives the lobsters their unusual colour.

Speaking at the time Dr Christensen said: ‘I suspect more blue lobsters than we realise are born but don’t survive because they become major targets for predators.

‘The reason you don’t want to be a blue lobster is you stick out like a sore thumb.’

In 2016, a blue lobster was caught by fisherman Keith Setter at Ladram Bay, off the Devon coast, before it was released back into the sea.

And in 2011 two fishermen in Dorset were able to capture an albino, or ‘crystal’, lobster near Portland Bill before they handed the rare creatures to Weymouth Sea Life Park.

Meanwhile in 2006, lobsterman David Percy caught a yellow lobster near Whaleback Island in the US at the mouth of the Kennebec River.

Fishermen who come across a blue lobster believe it to be a sign of good luck and usually do not eat it.

7 Most Comfortable Gaming Chairs for All Budgets
Recent Posts