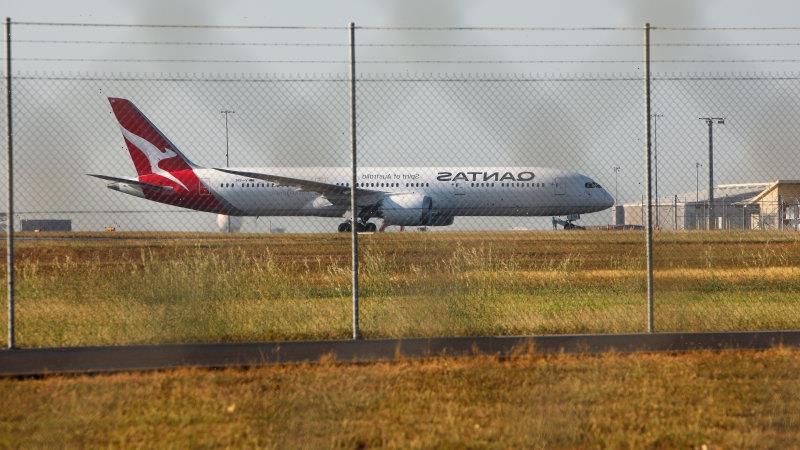 The first repatriation flight from India to Melbourne is due to touch down early on Thursday evening, several hours before the Victorian government’s seven-day snap lockdown begins.

About 150 people on Qantas QF112 flight from Delhi to Melbourne via Darwin will land after 5pm, following an 18-hour journey.

Some of the travellers had been bumped off the first repatriation flight after returning a positive COVID-19 test by a laboratory that has since had its accreditation suspended following complaints about inaccurate tests. 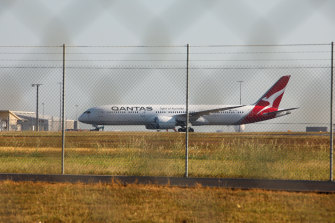 The first repatriation flight from India that arrived in Darwin on May 15. Credit:Getty

Victoria had moved to shut its borders to international travellers during previous lockdowns, but acting Premier James Merlino said the scheduled repatriation flights from the COVID-ravaged country would not be cancelled. Nor would flights from other countries, with Victoria continuing to take 1000 people a week.

“We’ve got a responsibility and an agreement at a national level to support the repatriation of Australian citizens and residents,” Mr Merlino said. “They’ll be going straight through to hotel quarantine.”

The expat Australians arriving in Melbourne from India were required to return a negative result to a COVID-19 test administered once daily over three days in a quarantine hotel in Delhi. On arrival, they will enter hotel quarantine for 14 days.

A source within the aviation industry and travellers on the ground told The Age that no passengers trying to board the flight from Delhi had tested positive.

While the charter flight will go ahead, Qantas, Jetstar and Virgin moved to cancel about 40 domestic passenger flights in total on Thursday morning, citing the state’s snap lockdown.

Deakin’s chair in epidemiology Catherine Bennett said repatriation flights from India should only be paused if Melbourne’s quarantine hotels were at risk of being overwhelmed.

While more people might need to enter quarantine in the wake of the recent outbreak, the system was not currently at risk of being flooded with people, Professor Bennett said. 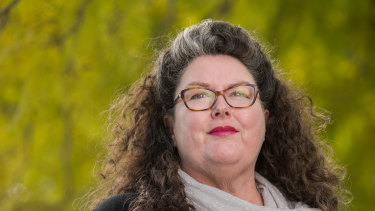 “Our numbers don’t suggest that should be a major problem that we have to pause flights out of India,” Professor Bennett said. “We should be able to manage it.”

A passenger onboard the flight from Delhi, Sunny Joura, who spoke to The Age on the plane as it was being refuelled in Darwin, said he was relieved to have finally landed on Australian soil.

He and his 72-year-old mother Darshan Joura have been trying to return to Melbourne since June last year after travelling to care for his dying father last May. He has not seen his wife or children in more than a year.

The pair were barred from a chartered flight on May 14 after Mr Joura returned a positive COVID test. He was among dozens who tested positive and could not fly home, with the first repatriation flight to Australia landing half-empty.

But Mr Joura and an estimated 46 others subsequently tested negative to COVID-19, fuelling concerns about the quality of CRL Diagnostics lab’s testing. The ABC has reported that the lab’s accreditation was suspended in April, following concerns about inaccurate COVID-19 testing results.

After writing to Qantas’ director of medical services Ian Hosegood about the problem and attaching his negative tests results, Mr Joura was subsequently contacted by the Department of Foreign Affairs and Trade with an offer of a flight home for him and his mother.

Mr Joura said it was a big relief to be finally coming home. “It was an extremely stressful period, there was constant fear of catching COVID,” he said. But Mr Joura said he also had mixed feelings about the more than 11,000 people who were still stranded in India.

Chartered flights to Australia were announced after the federal government lifted a temporary travel ban on people arriving from India in April, a move which provoked a backlash from some sections of the community and was criticised by some legal experts.

India is now the epicentre of the global pandemic, recording 26 million COVID cases – second only to the US.

The country is also only the third in the world to record more than 300,000 deaths, behind the US and Brazil.